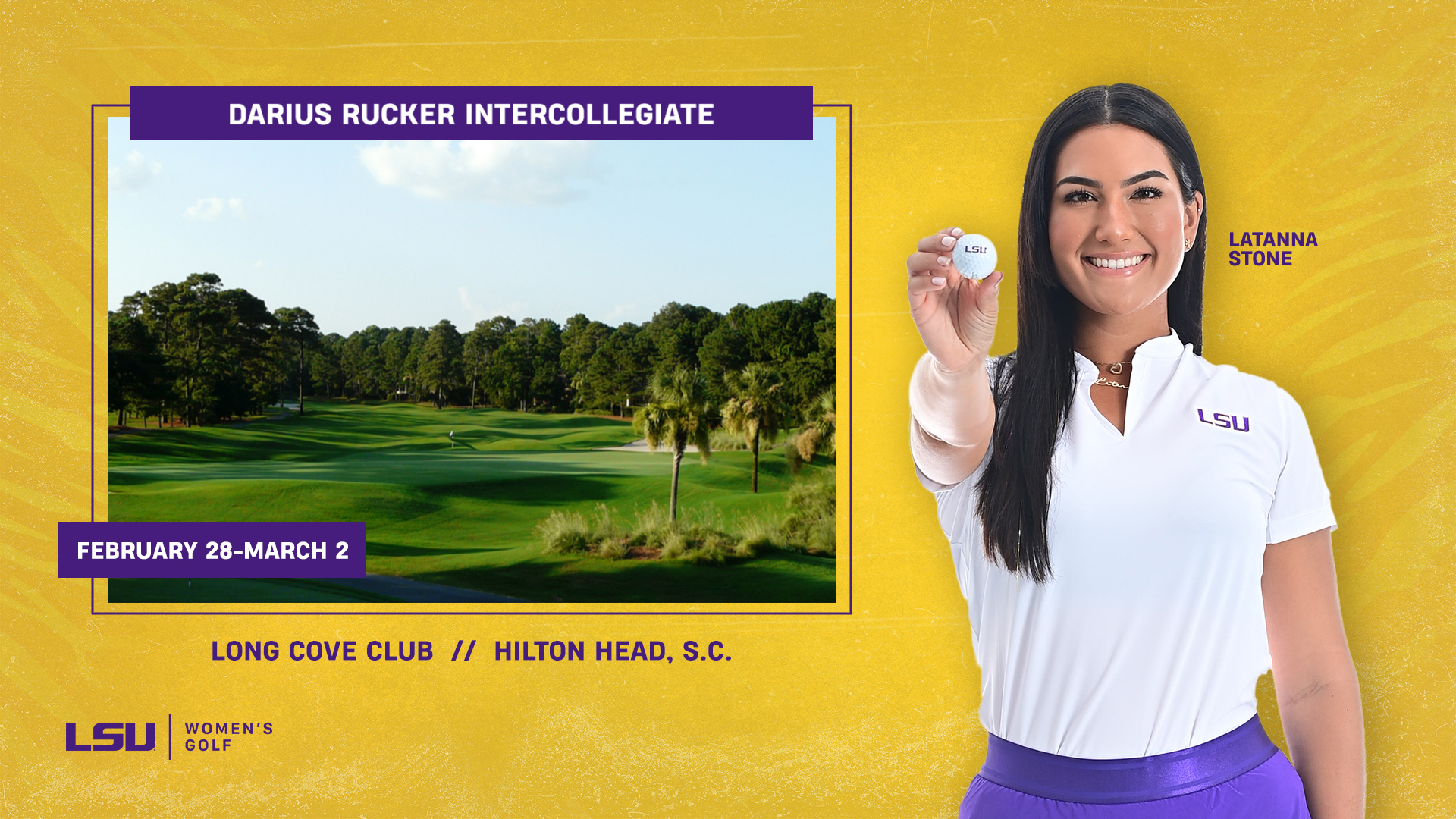 BATON ROUGE – LSU and women’s golf will be in the spotlight as part of the first nationally-televised women’s only collegiate regular season event starting Monday at the Darius Rucker Invitational.

The three-day event will be televised each day by the Golf Channel beginning at 1 p.m. CT with College Central followed by on course coverage beginning at 1:30 p.m. The tournament takes place at the Long Cove Club in Hilton Head Island, South Carolina.

The Tigers were featured on the Golf Channel in the fall in the Stephens Cup in Arkansas but that event was a mixed event with men’s and women’s competition as has been the Eastlake Cup that the network has televised the last couple of seasons.

The LSU women’s golf team, ranked 17th in the Golfstat Performance Rankings and 18th in the latest Women’s Golf Coaches Association poll, is part of a 17-team field that features some of the top teams in the NCAA.

LSU is coming off a good opening spring event, shooting-6 in the final round to finish third in the 15-team Moon Golf Invitational in Melbourne, Florida with a 3-under 861. Junior Ingrid Lindblad won her second tournament of the 2021-22 season and the sixth of her career. Only one golfer in LSU women’s golf history has won more individual titles, Jenny Lidback.

Since this event began in 2012, it has been a popular combination of collegiate golf and music. Rucker, a star country singer with multiple hits, has been an integral part of the event that bears his name as he puts on a concert each year for the tourney participants after the opening round on Monday.

The course will play to 6,281 yards and one of the few events where the course plays to a par of 71.

Coach Garrett Runion called it a “great week” of the opening tournament. “Our goal was to get better after the first round and improve each day and we improved five shots each day.”

The Tigers did just that with two under par rounds after an opening 292 followed by the 287 and 282.

The lineup will be the same with Lindblad, Latanna Stone, Carla Tejedo Mulet, Elsa Svensson and Jessica Bailey. Lindblad is averaging 70.40 strokes per round this season with Tejedo Mulet at 72.53 and Stone 73.80 this season.

LSU will be in the first wave off the 10th tee on Monday beginning at 8:40 a.m. CT with Arizona State and Wake Forest. Live scoring for the event can be found at Golfstat.com. Updates during the round will be on LSU’s Twitter account @LSUwomensgolf.