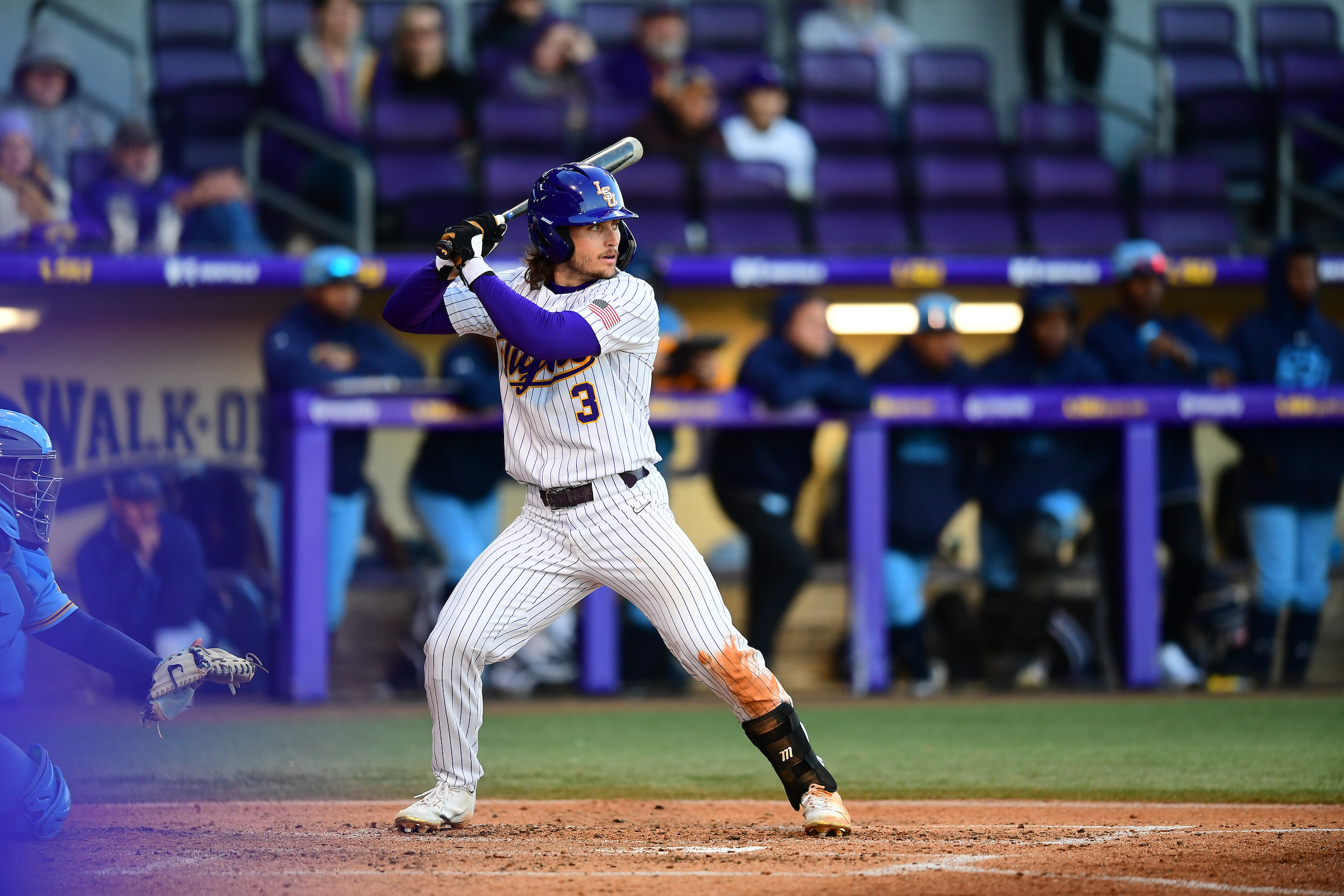 LSU, which also defeated Towson, 11-1, earlier in the day, improved to 7-1 with its fourth straight win. Southern dropped to 2-6 with Sunday’s loss.

The Tigers return to action at 6:30 p.m. CT Wednesday, when they play host to New Orleans in Alex Box Stadium, Skip Bertman Field. The game will be broadcast on the LSU Sports Radio Network, and it may be viewed on SEC Network +.

Berry was 2-for-4 at the plate on Sunday with a double, two runs and three RBI, while Crews was 2-for-2 with two RBI and two runs.

LSU starter Will Hellmers (1-0) was credited with the win, as he blanked Southern over four innings, allowing four hits with one walk and four strikeouts.

LSU coach Jay Johnson was pleased with his team’s play throughout the weekend, as the Tigers posted two wins each over Towson and Southern, outscoring them by a combined 41-3.

“The thing I’m most pleased with is the pitching, we only gave up three runs in four games,” Johnson said. “Two of those were day games against aluminum bats in college baseball – that’s not easy to do. The pitchers commanded the zone throughout the weekend.

“I also like the fact that our team didn’t take anything for granted. The conventional thought out there would be, ‘Well, this is what you should do,’ and we did, we hardly gave up any runs and we scored a boatload of runs.”

Southern starting pitcher Mykel Page (0-1) suffered the loss, as he allowed eight runs – six earned – on four hits in 2.1 innings with six walks and two strikeouts. The Jaguar pitchers issued 14 walks in the game and Southern committed three errors to aid LSU’s cause.