LSU pounds out 15 hits in win over Southern Saturday at Alex Box Stadium, Skip Bertman Field. Tre' Morgan leads the Tigers with a 4-for-5, three-RBI effort. 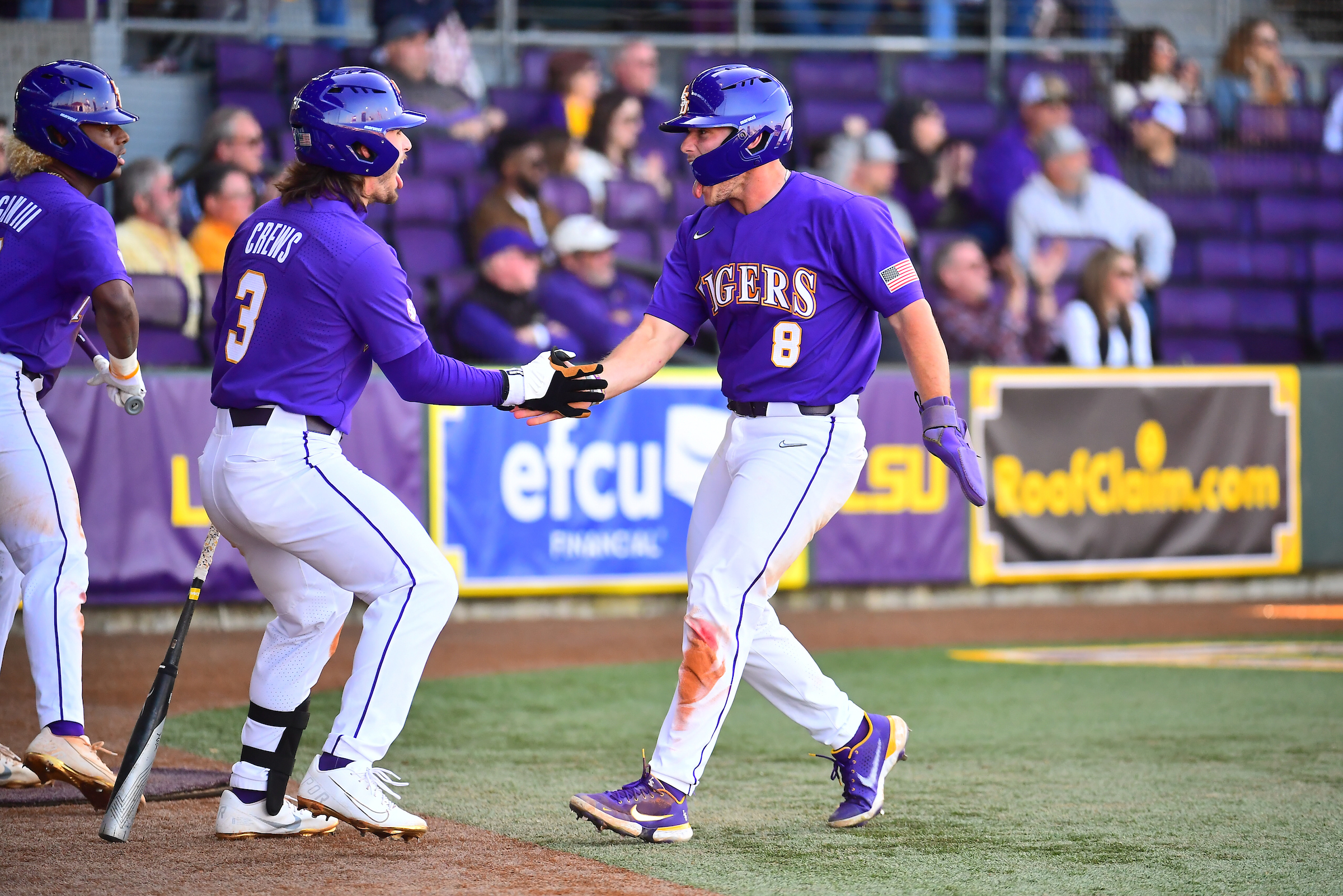 The Tigers improved to 5-1 on the year, while Southern dropped to 2-4. LSU returns to action at 11 a.m. CT Sunday, when the Tigers play host to Towson. LSU will also play at 5 p.m. CT Sunday versus Southern to close out the Tigers’ four-game weekend.

The LSU games will be broadcast on the LSU Sports Radio Network, and they may be viewed online on LSU Network +.

First baseman Tre’ Morgan paced the Tigers’ offense Saturday by going 4-for-5 at the plate with three RBI and one run scored. Leftfielder Gavin Dugas provided a two-run double that gave the Tigers the lead for good in the sixth inning, and third baseman Jack Merrifield smacked two doubles, scored two runs and collected one RBI.

“It was a good day for us at the plate,” said LSU coach Jay Johnson. “We made good contact, and we came through with runners in scoring position. We have a new tradition here, we call it the ‘magic moment’ of the game when we win. It’s the moment of the game that tips the scales in our favor, and that was Gavin today staying behind the ball, driving it the other way.

“He’s great in clutch situations, and that’s a tribute to his maturity and his ability to slow the game down.”

LSU right-hander Paul Gervase (1-0), the third of four Tiger pitchers, earned the victory with 1.2 innings of scoreless relief. Southern reliever Jerry Burkett was charged with the loss, as he surrendered six runs on seven hits in 1.1 innings with two walks and no strikeouts.