No. 5 Beach Volleyball to Begin Season in New Orleans 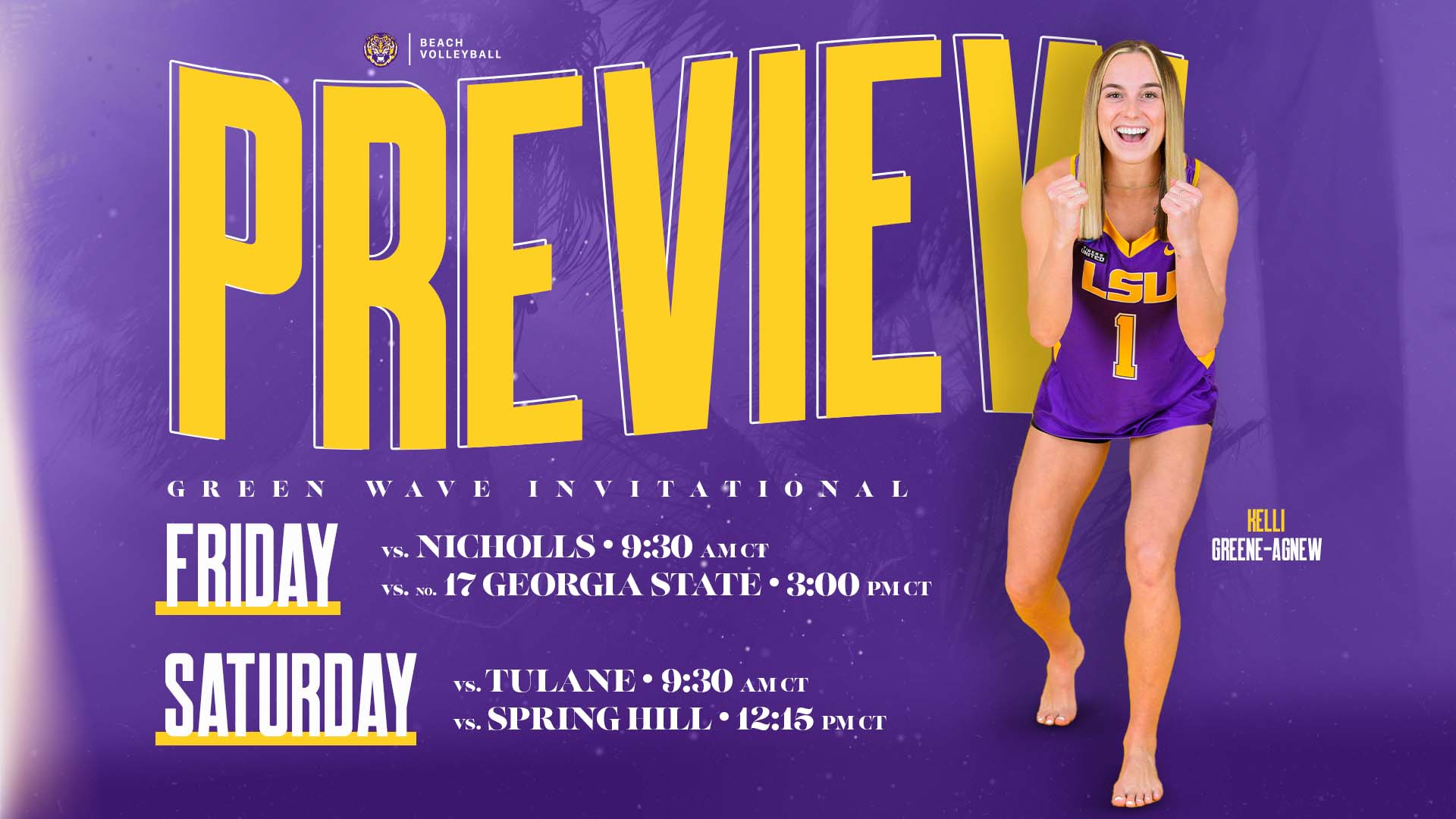 BATON ROUGE- The No. 5 LSU Beach Volleyball team will start its season at the Green Wave Invitational where the Tigers will play four matches over the course of Friday and Saturday.

“Really excited to see the team play this weekend,” said head coach Russell Brock. “I’m so proud of how hard they’ve worked on and off the sand and how they have committed to each other.”

LSU will face Nicholls on Friday morning at 9:30 a.m. CT followed by a ranked matchup against No. 17 Georgia State at 3 p.m. The Tigers will then continue the action on Saturday with a match against Tulane at 9:30 a.m. and then another match against Spring Hill at 12:15 p.m. before traveling back to Baton Rouge. Fans can follow @LSUBeachVB on twitter for in-match score updates.

Many new faces will be on display for LSU, as only two players who saw significant time in the sand, Kelli Greene-Agnew and Ashlyn Rasnick-Pope, are returning for the 2022 season. Other Tigers that saw limited action last season will also be back, including Grace Seits, Reilly Allred, Ellie Shank and Allison Coens and all will look to make an impact as well.

The additions of Bella Bauman, Holly Carlton and Kylie Deberg will give the Tigers significant size at the blocker position. Bauman was a standout beach player at Grand Canyon and Holly Carlton was an All-American indoor player at Florida who also has experience in the sand. They both trained with the Tigers throughout the fall. Deberg was an indoor All-American at Missouri and played indoor at LSU during the fall, earning AVCA All-Region honors. Hannah Brister could also see the sand. She originally came to LSU from Northwestern State to play beach but capitalized on an opportunity to play indoor at LSU where she had success over the past two seasons.

The freshmen additions of Parker Bracken, Cassidy Chambers, Ella Larkin and Madison Myers will also have the opportunity to compete for playing time with lineup spots open to fill this season for the Tigers.

“We obviously have high expectation for the results of our play,” said Brock. “But I’m even more excited to watch how we each invest in our team before, during and after the heat of battle.”