Tigers Suffer First Loss of the Season at Louisiana Tech

No. 15 Louisiana Tech erupted for four runs in the sixth inning Wednesday night to break open a one-run game, and the Bulldogs went on to an 11-6 win over No. 2 LSU at J.C. Love Field. 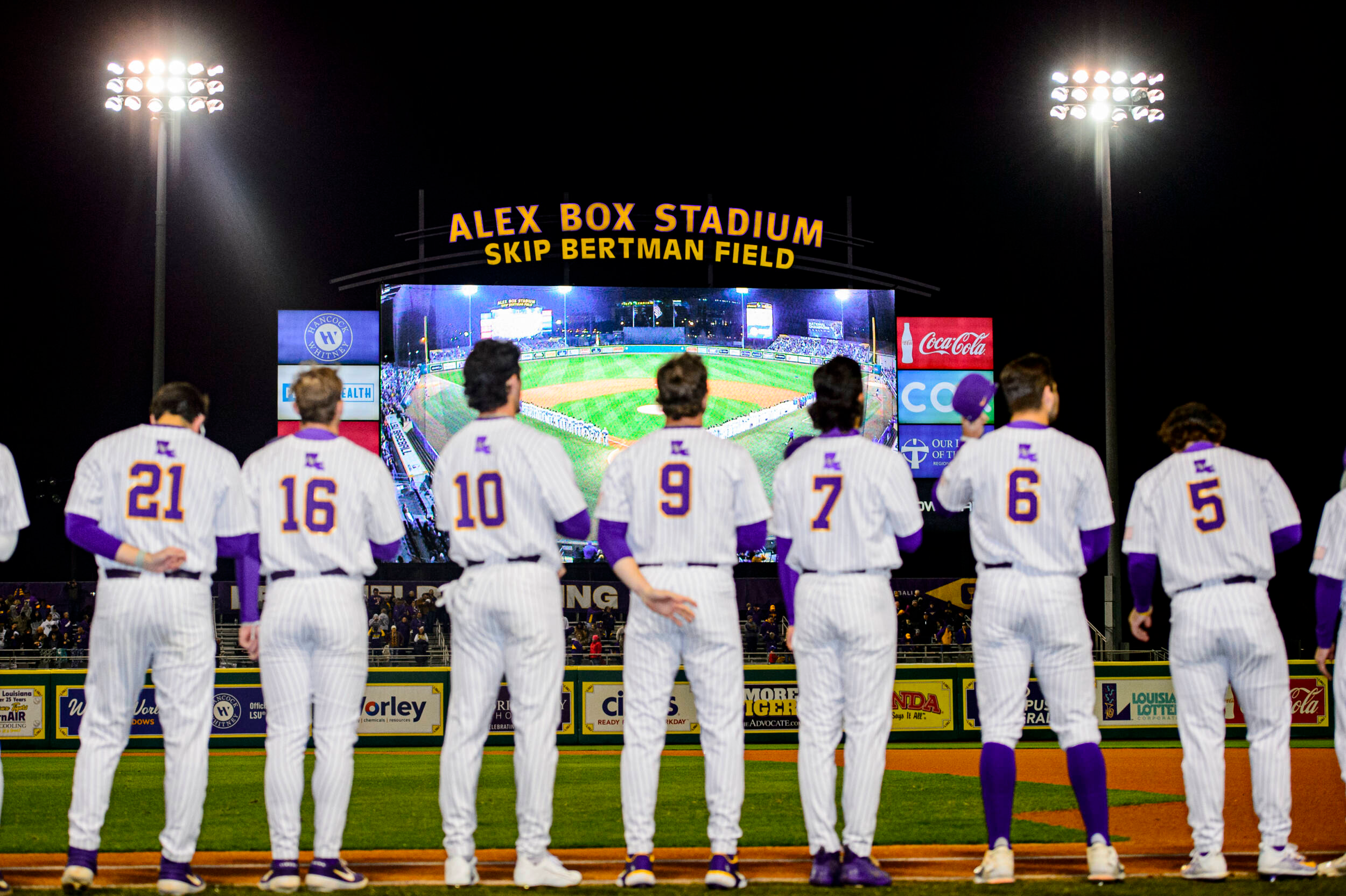 RUSTON, La. – No. 15 Louisiana Tech erupted for four runs in the sixth inning Wednesday night to break open a one-run game, and the Bulldogs went on to an 11-6 win over No. 2 LSU at J.C. Love Field.

Louisiana Tech improved to 4-0 on the year, while LSU dropped to 3-1. The Tigers return to action at 6:30 p.m. CT Friday when LSU plays host to Towson in Alex Box Stadium, Skip Bertman Field.

LSU starter Riley Cooper (0-1) was charged with the loss as he allowed four runs – three earned – on six hits in two innings with no walks and one strikeout.

The Tigers committed five errors in the contest, leading to five unearned runs.

“They capitalized on our mistakes; good teams do that, and we’ll do that to teams at times this season,” said LSU coach Jay Johnson. “You like to win these games when mistakes rear their head, but we didn’t, so we’ll work on controlling the ball and we’ll work on having better plate discipline.

“I was pleased with getting down 5-0 and getting it back to 5-4; I think that’s a good sign, and I think the energy in the dugout was a positive. I felt like we were engaged in the game, but we’ve got to play baseball better.”

The Bulldogs grabbed a 2-0 lead in the bottom of the first inning when shortstop Taylor Young tripled and scored on a single by leftfielder Philip Matulia, who later scored on an LSU infield error.

Louisiana Tech increased the margin to 4-0 in the second on Young’s run-scoring double and Matulia’s sacrifice fly.

A home run by rightfielder Steele Netterville – his first of the season – in the third inning against reliever Will Hellmers gave the Bulldogs a 5-0 advantage.

LSU narrowed the gap to 5-2 in the fourth when shortstop Jordan Thompson singled with two outs, and designated hitter Brayden Jobert blasted his third homer of the year.

The Tigers added a run in the fifth when third baseman Jack Merrifield walked, moved to third on pinch hitter Tyler McManus’s single and scored on a groundout by first baseman Tre’ Morgan.

LSU closed the gap to 5-4 in the sixth on an RBI single by leftfielder Gavin Dugas, but Louisiana Tech capitalized on three errors and a pair of walks in the bottom of the frame to take a 9-4 lead. RBI singles by Matulia and by centerfielder Cole McConnell highlighted the outburst.

Young slapped a two-run homer in the seventh to increase the margin to 11-4 before Dugas clubbed a two-run double in the top of the eighth in account for the final score.

The Tigers will return to the Box this weekend for a four-game series involving both the Towson Tigers and the Southern Jaguars that includes a doubleheader on Sunday. All of the Tigers’ games this weekend with be available for streaming on SEC Network+, and they will be broadcast on the LSU Sports Radio Network.

The weekend schedule is as follows: