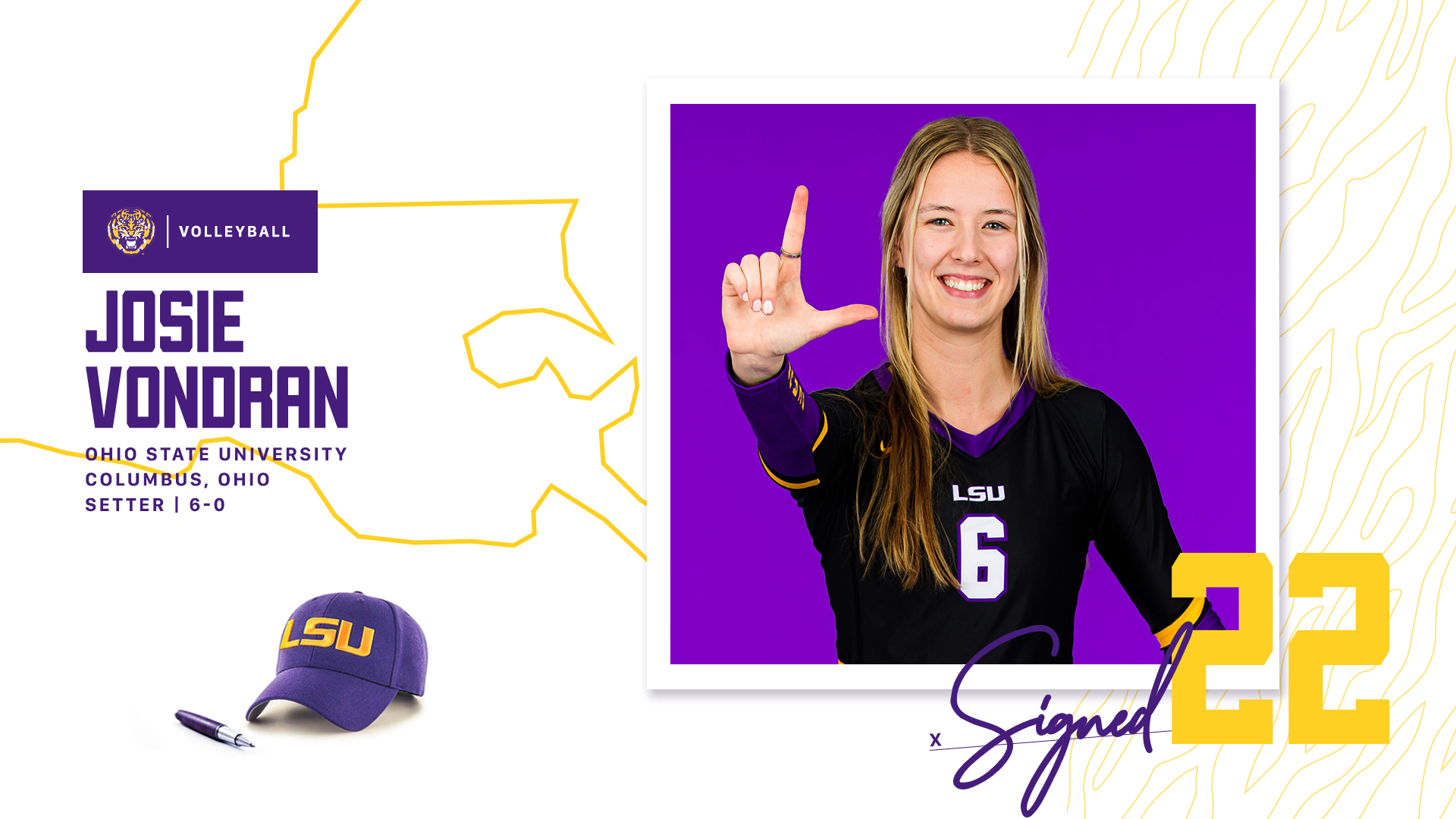 Vondran will join the Tigers’ 2022 roster after a two-year stint at Ohio State. She also played at Dayton in 2018-19.

“We are excited to welcome Josie to our family,” said Coach Johnson. “She will be a great asset to our program both on and off the court. Josie understands the game at a high level, has great leadership skills, and is super competitive.”

As a Buckeye, Vondran helped the team reach the NCAA Tournament and back-to-back Sweet 16 appearances in 2020-2021. As a member of the Dayton Flyers, the Columbus, Ohio native paced the team with 4.67 assists per set and 308 total assists during the 2019 season. Vondran helped lead the Flyers to consecutive NCAA Tournament appearances after winning the Atlantic 10 Championship in 2018 and 2019.