Play Suspended Late in Round Two at The Prestige 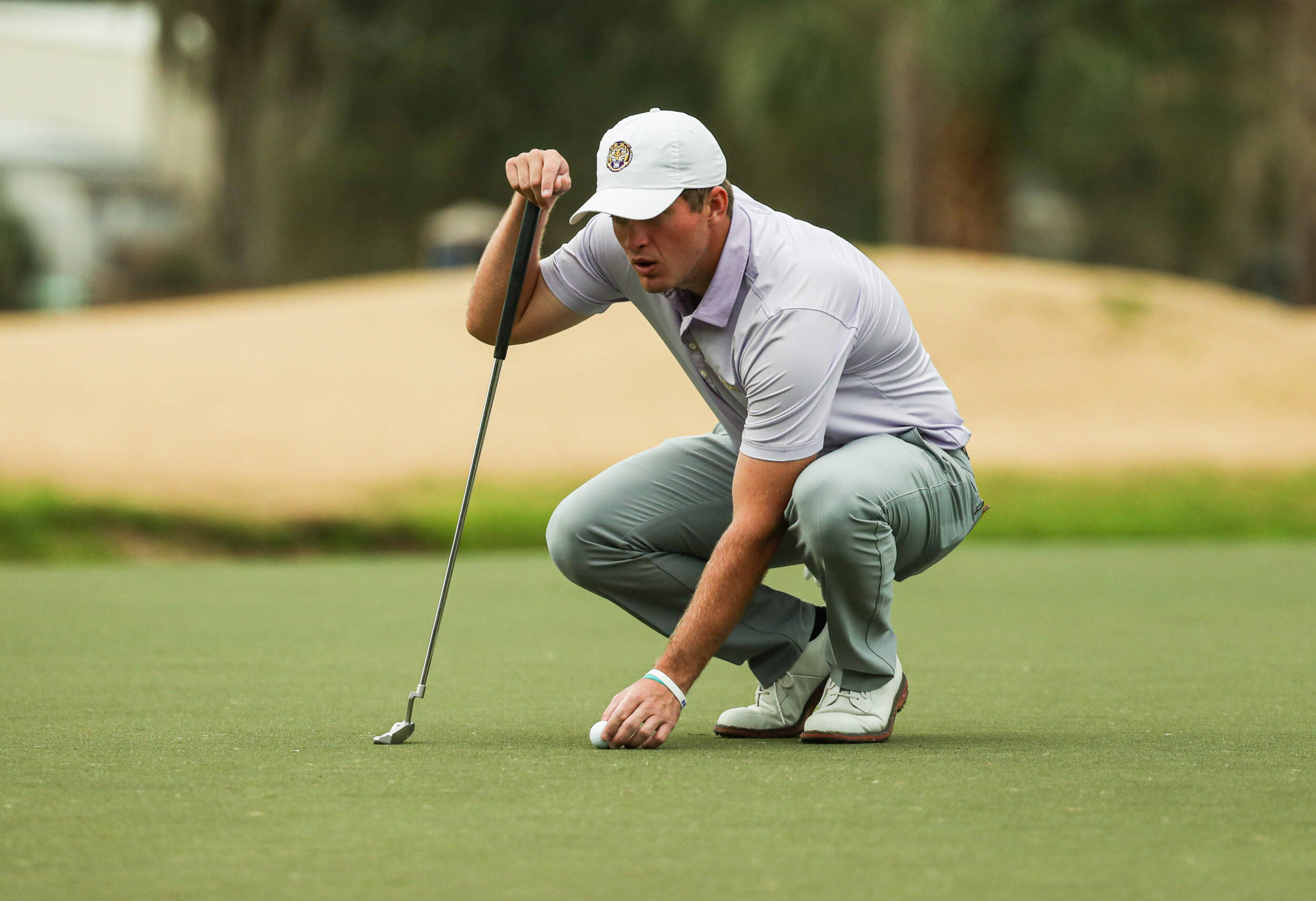 La Quinta, Calif. – A day of high winds and play stoppage saw only three members of the LSU Men’s Golf team complete their second rounds at The Prestige team tournament on Tuesday afternoon before play was suspended for darkness. Nicholas Arcement, Drew Doyle, and Connor Gaunt were able to finish their 18 holes, while Garrett Barber and Cohen Trolio will need to complete their rounds before third round play starts tomorrow.

The Prestige – Team Tournament
The first Tigers teed off from hole 10 at 11 a.m. local time and faced powerful winds that consistently ranged from 20 to 40 mph while playing. At 3:08 p.m., play was suspended due to winds sustaining speeds of 30 to 40 mph. Play resumed at 4:30 before the round was suspended at 5:45 due to darkness.

Gaunt was the first Tiger to finish his round as he posted an 8-over 79 to take his tournament score to 7-over 149, good enough for him to be tied for 25th. Doyle finished not long after with a 14-over 85 that moved him to 17-over 159 and tied for 102nd place. Arcement concluded his 6-over 77 performance just before play was suspended for the day, and is currently tied for 33rd position with an 8-over 150.

The Prestige – Individual Tournament
Players in the individual tournament felt the same weather in La Quinta but were able to finish their rounds before darkness came. Michael Sanders battled the weather and shot a 5-over 77 that took his tournament score to 2-over 146 and sees him currently sitting tied for 4th place and four strokes behind the leader.

Up Next
Trolio and Barber will conclude their rounds at 9:45 a.m. CT before round three begins at 1 p.m. CT in a shotgun start. In the individual tournament, Hayden White will lead the Tigers off the tee at 9:50 a.m. CT.