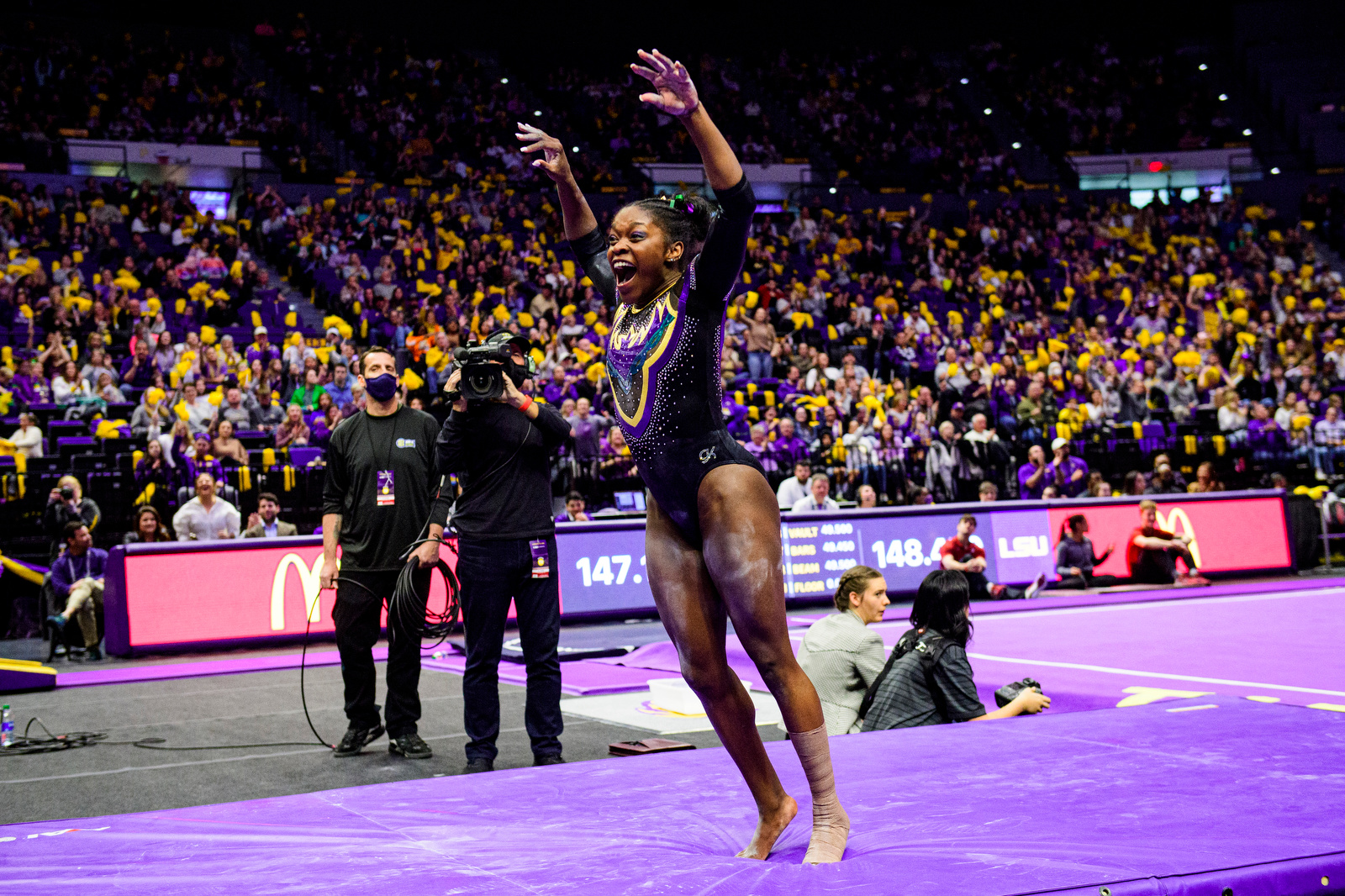 BATON ROUGE – Junior gymnast Kiya Johnson has been named the Southeastern Conference Specialist of the Week after a resounding weekend against Alabama at home and Missouri and Arkansas on the road, the league office announced. ‘

The reigning SEC Specialist of the Year, Johnson scored a 9.90 or higher on five of six routines she competed over the weekend. The highlight came against Alabama on Friday night when she anchored LSU’s beam lineup with a perfect score. The Dallas, Texas native also earned two 9.90’s on vault, a 9.90 on bars and 9.925 on beam.

The 10 marked the seventh of her career and second on beam. Johnson is the sixth gymnast in LSU history to score multiple perfect scores on beam. She is also the first in the SEC to score a 10 on the event. The 10 anchored LSU’s beam lineup which scored a 49.650 for the fourth-highest score in school history.

The sixth-ranked Tigers return to the road to face off against Texas Woman’s and Pittsburgh at 6 p.m. CT Friday. The meet at TWU will be streamed live on the LSC Network ($).