Women’s Basketball Leaps To No. 8 in AP Poll 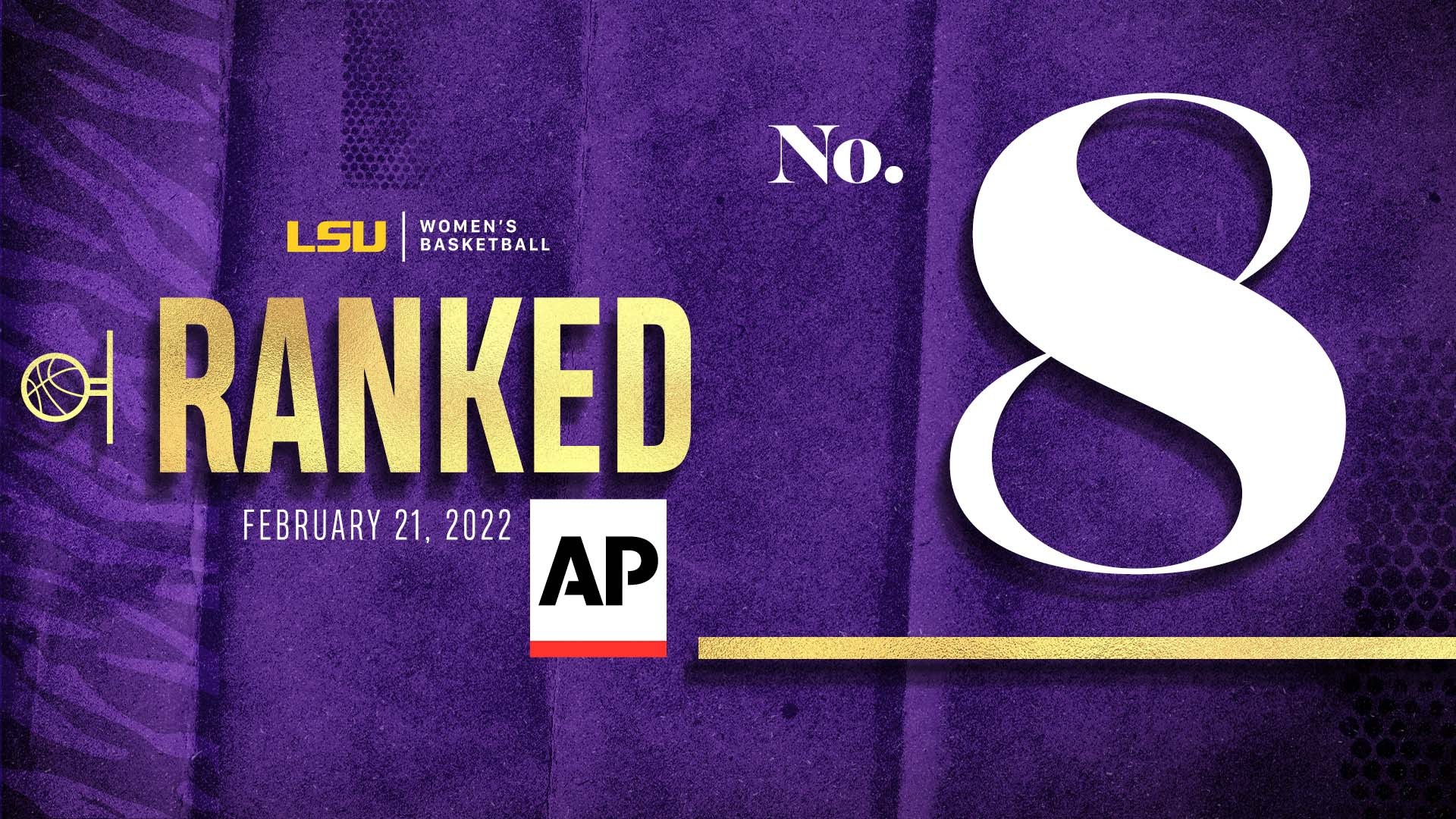 The Tigers have been ranked in the AP Poll for 12 straight weeks, but this is the first time LSU has cracked the Top-10. The last time LSU was ranked inside the Top-10 this late in the season was in 2007-08 when the Tigers carried a No. 6 ranking through late February.

LSU has won six straight games and following Sunday’s win over then No. 17 Florida, LSU is in sole possession of second place in the SEC after entering the day tied in the second spot with Florida and Tennessee. The Volunteers lost to No. 1 South Carolina earlier in the day, upping the ante for Sunday’s matchup in the sold-out PMAC. LSU relied on a team effort to take the Gators down, 66-61.

In Head Coach Kim Mulkey’s first season leading the Tigers the Hall of Famer has worked her magic. LSU won 9 games a year ago and was picked to finish eighth in the Preseason SEC Poll. Coach Mulkey has LSU competing as one of the top teams in the SEC and the Tigers are in position to host first and second round NCAA Tournament games inside the PMAC.

LSU has senior day on Thursday at 7 p.m. CT when the Tigers host Alabama. On Sunday LSU will finish its regular season at No. 16 Tennessee in a game that could have SEC Tournament seeding ramifications.