Men’s Golf Ready for The Prestige 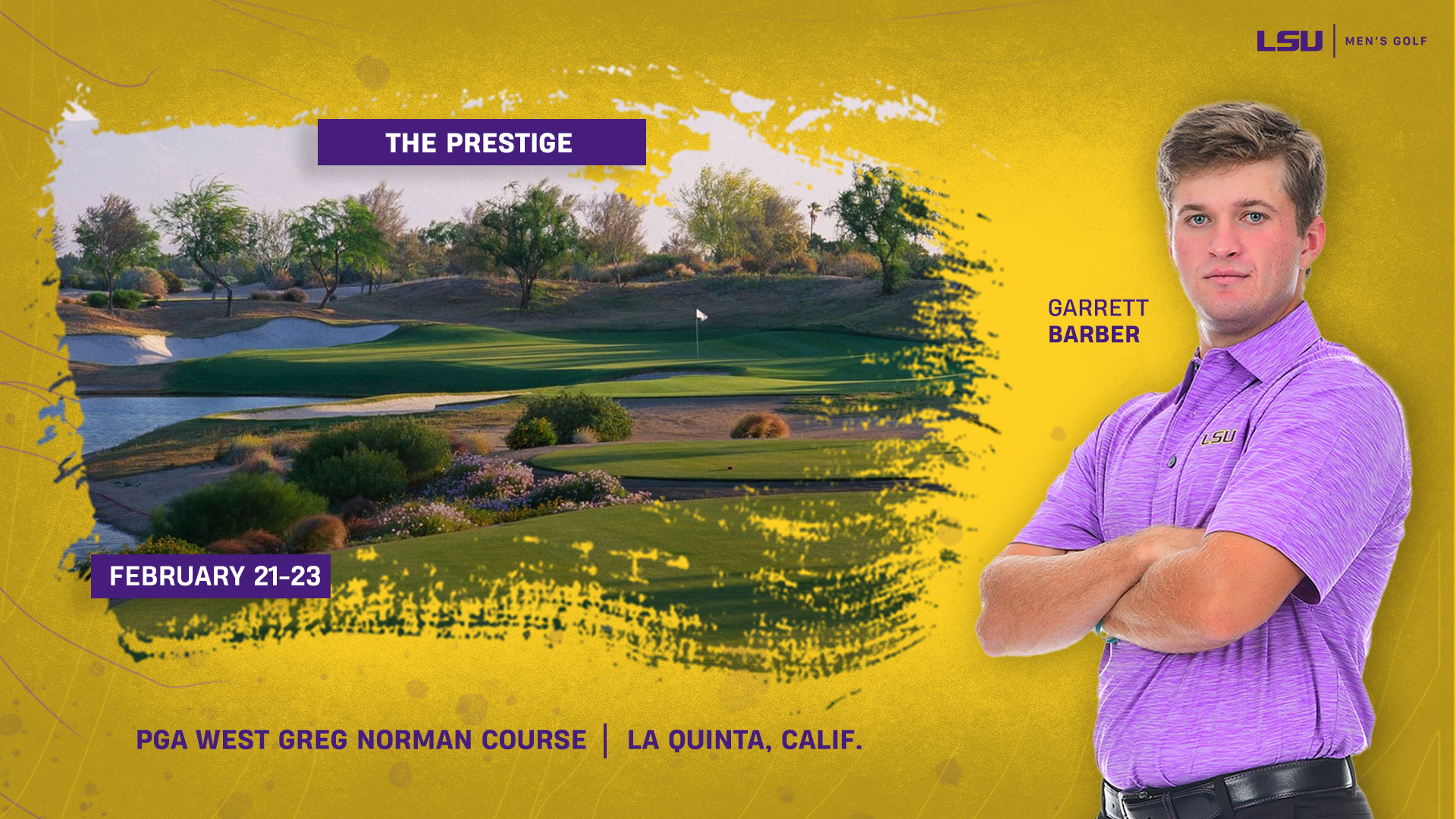 La Quinta, Calif. – The No. 25 LSU men’s golf team are back in action as they get ready for the opening round of The Prestige, set to start on Monday morning.

One round of 18 holes will be played on Monday, Tuesday, and Wednesday. LSU will be split as five players will represent the Tigers in the team tournament held at the par 71, 7,100 yard-length Greg Norman Course at PGA West, while four players will participate in the individual tournament held at the par 72, 7,145-yard length Coral Mountain Golf Club. The first Tigers in both the team and individual tournaments are both set to tee off at 9:45 a.m. CT on Monday.

The Lineup
LSU will trot out a starting five of Garrett Barber, Cohen Trolio, Nicholas Arcement, Drew Doyle and Connor Gaunt in the team tournament while Trey Winstead, Hayden White, Michael Sanders and Chris Woollam represent the Tigers in the individual tournament. This will be Winstead’s fourth appearance at The Prestige, Barber’s third time, and Sanders’ second showing.

The Tigers return to The Prestige after not playing in it last season. It is a tournament where they have found success in over the last decade as they’ve claimed three team titles over the past six years. LSU’s three titles is tied with TCU and UCLA for the most all-time team championships at The Prestige. The most recent title came in 2019 when the Tigers used a 14-under 838 team score to secure the first-place finish. The Tigers also finished first in 2016 and 2017. LSU’s lone individual title at The Prestige came in 2016 from Zach Wright when he carded a 12-under 201.

The Tigers played three stroke play events in the fall of 2021 and finished no lower than fourth in each of those three events. LSU won its first team title of the season with a 23-under 841 at the Jim Rivers Intercollegiate in Choudrant, La., at the Squire Creek Country Club Sept. 12-14, and Michael Sanders claimed the first individual title of his collegiate at the season opening Turning Stone Intercollegiate in Verona, N.Y., with a three-round scored of 9-under 207.

Last time out, the Tigers played in the Gators Invitational hosted by the Florida Gators. As a team, LSU finished tied for 7th place with a 7-over 847. Individually, Barber collected his fifth career Top 5 finish as he tied for 5th place with a strong 5-under 205 performance.

Four players – Garrett Barber, Michael Sanders, Nicholas Arcement, Cohen Trolio – all played in each of LSU’s stroke play events. Out of those four, Barber leads the way with a scoring average of 70.25. Sanders is narrowly behind Barber’s pace and has a stroke average of 71.58 to go along with two top-10 finishes.