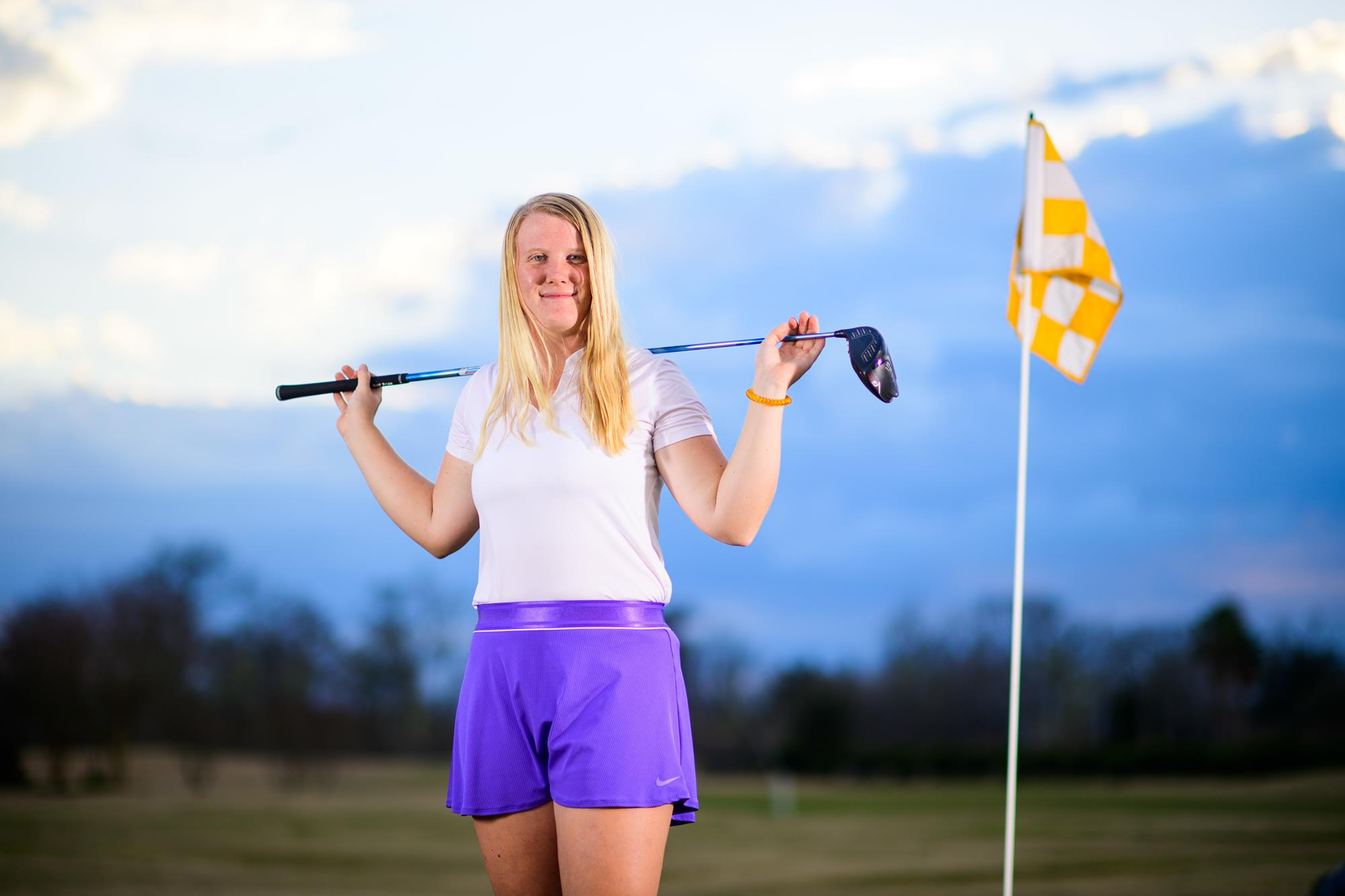 Lindblad posted a 7-birdie round over the par 72 Suntree Country Club Classic Course to lead by two shots after the first 18 holes of the 36-hole event.

The LSU team also posted a good number in the opening round, finished the day at 4-over par 292, good enough for a tie for fifth in the 15-team field, six shots behind leader Florida State at 2-under 286. Virginia is second at 1-under 287 and then Florida and Louisville are one shot ahead of the Tigers in third at 3-over 291.

LSU is tied with UCF at 292, three shots ahead of Auburn and South Carolina in seventh.

Lindblad was even through her first six holes (starting on the 10th) with a birdie on the opening par 5 and then a bogey on the par 4 15th. But then the Swedish star went to work with birdies on 17, 18 and then No. 1 (her first hole of the second nine) to go to 3-under par. She then birdied holes three, four and nine to shoot a 4-under 32 over her final nine holes.

LSU freshman Else Svensson posted a 2-over 74, highlighted by one of the three eagles in the field on the first day, with hers coming on the par 5, 460-yard 18th hole (her ninth of the day). LSU also counted 4-over 76s from Latanna Stone and Carla Tejedo Mulet.

It took a few holes of play for the Tigers to get it rolling but over the last 11 holes of play, the team counted 13 birdies and an eagle. LSU played their final nine holes of the day in a counting 4-under par.

Lindblad is two shots ahead of Kendall Griffin of Louisville (-4) and three shots ahead of Jennifer Cleary of Virginia and Julie McCarthy of Auburn at 3-under.

The second round is set for Monday with LSU expected to go off at 7:30 a.m. CT. Live scoring is available at Golfstat.com.