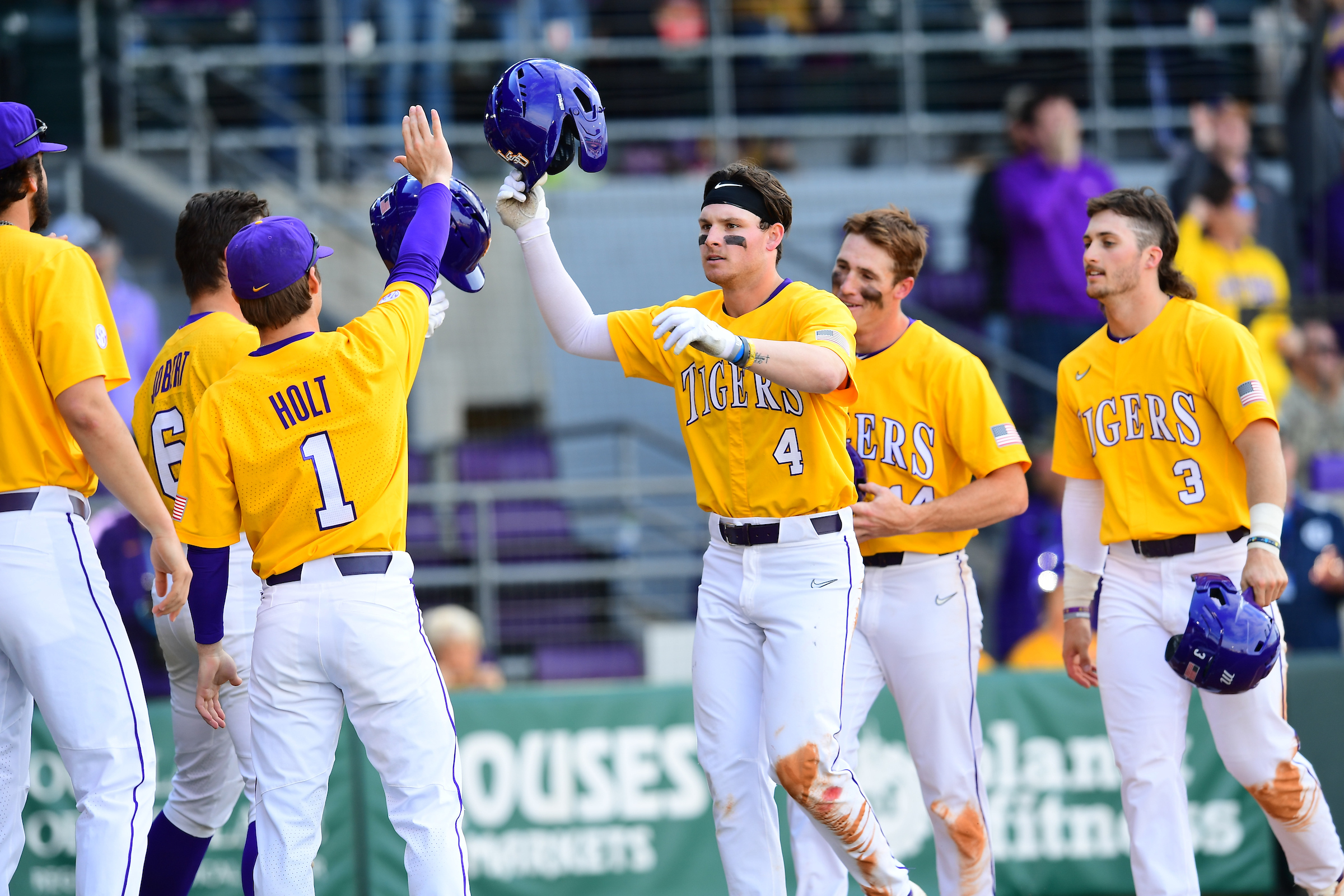 LSU improved to 3-0 on the year in Jay Johnson’s first season as head coach, while the Black Bears fell to 0-3.

The Tigers travel to Ruston to take on Louisiana Tech Wednesday in Pat Patterson Park for their first midweek matchup of the year. The matchup is scheduled to begin at 6 p.m. CT and will be televised on Yurview. Additionally, it will be streamed on ESPN+, and it can be heard on the LSU Sports Radio Network affiliates.

LSU’s 16-hit output on Sunday was paced by second baseman Cade Doughty, who was 3-for-3 with a homer, five RBI and three runs scored. Rightfielder Giovanni DiGiacomo launched a homer and drove in four runs, while designated hitter Brayden Jobert homered and collected four RBI.

As a team, the Tigers collected five doubles, one triple and three homers in the victory.

Sophomore right-hander Ty Floyd got the start for the Tigers and earned his first win of the season, pitching five innings, while giving up one run on two hits. Floyd tallied a career-best eight strikeouts in his season’s debut.

“It was a good day, Ty got us off to a great start, and we felt good about his chances to have success today,” Johnson said. “He delivered, was in the strike zone for the most part and a threw a lot of good pitches

Maine starter Jordan Schulefand (0-1) suffered the loss, tossing three innings and giving up 12 runs on 11 hits. He walked three and struck out one LSU hitter.

“I’m just proud of our players, they were ready to play this weekend,” Johnson said. “It was clear that we were ready to go and face a team in a different uniform after all of the preseason work. Now we have to master our skill moving on, that’s what this sport requires. It comes at you hard and fast, we’re looking forward to our next opportunity on Wednesday at Louisiana Tech.”

In the bottom of the first inning following a two-strikeout top of the inning from Floyd, the Tigers crossed home plate six times. Tre’ Morgan, Jacob Berry and Dylan Crews all reached base on an error, fielder’s choice and walk, respectively.

Doughty knocked in the first run of the game with a sac fly, which was followed by a Jobert three-run dinger to right field.

Jordan Thompson reached base base via a walk before advancing to second on a balk and to third on a wild pitch. Jack Merrifield drove Thompson in with a single to left field, and LSU led 5-0 after one inning.

The Tigers extended the lead to 11-0 in the second as Berry, Doughty, Jobert and Merrifield provided run-scoring doubles and Crews ripped an RBI triple to highlight the uprising.