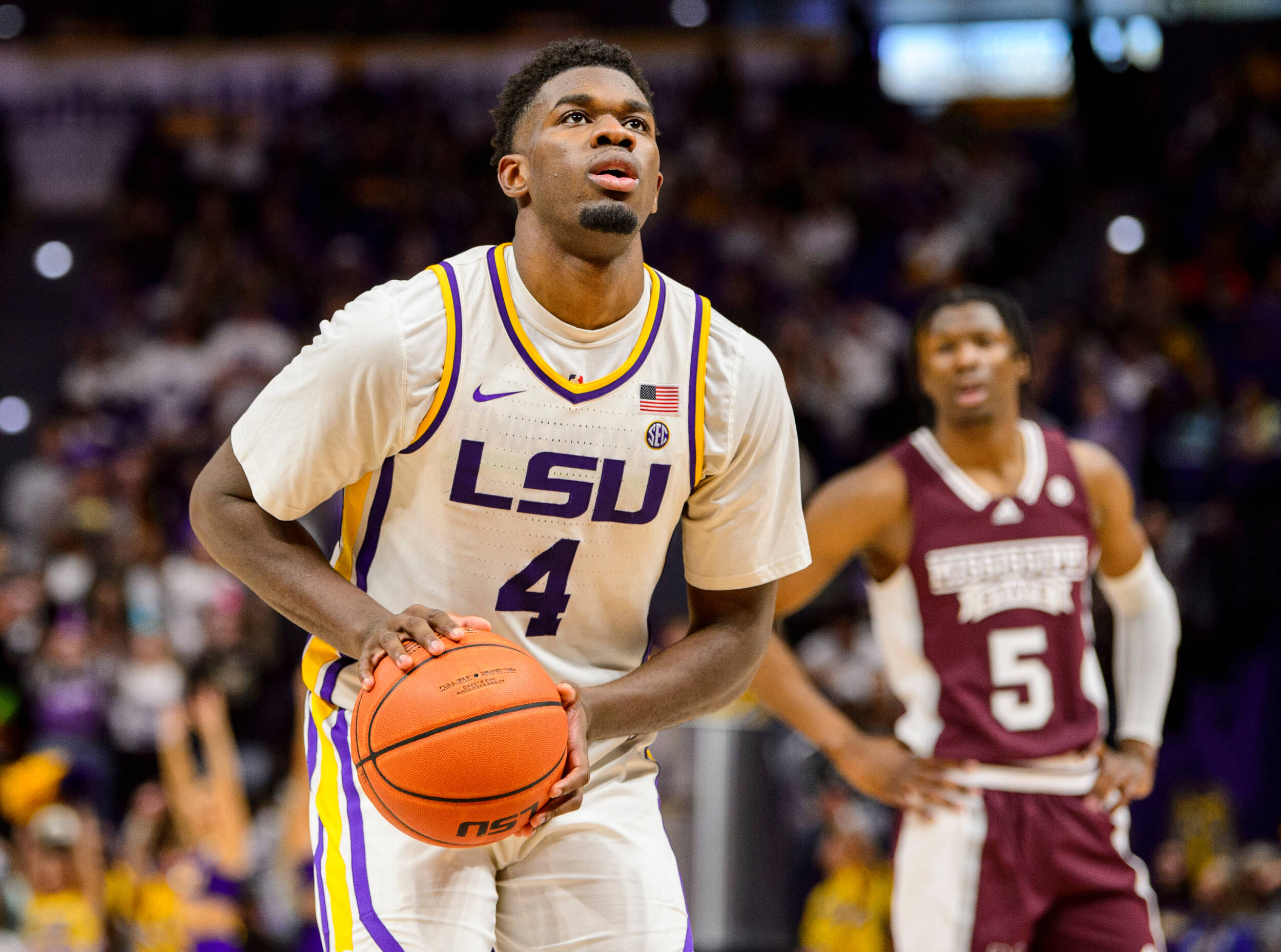 The Tigers went on a 12-0 run in the first half to put up a 21-7 lead at the 13-minute mark. The LSU lead hovered around nine until the two minute mark when the Gamecocks cut it to four. Tari Eason ended the half with a layup, putting the Tigers up 42-36 after 20 minutes.

In the second half, LSU’s lead fell to two at the 17:12 mark, but a 7-0 run helped get it back up to 11 with 13 minutes left. In a game of runs, South Carolina put forth their own 8-0 run to cut the lead back down to three. Jermaine Couisnard hit two of his five threes to put the Gamecocks down one. After a pair of Brandon Murray free throws, Devin Carter nailed a three to tie the game at 64 with nine minutes to play.

South Carolina took the lead with 7:59 to go after a Erik Stevenson layup. The lead changed three times in the next five minutes until the Gamecocks took a three-point lead with 1:38 to go. Eric Gaines made two free throws to cut the lead to one with 34 seconds, but that was all the scoring the Tigers could get and South Carolina snuck out the win, 77-75.

Tari Eason scored 20+ for his fourth consecutive game and secured his seventh double-double in an LSU uniform, putting up 21 points with ten rebounds. Darius Days was not far behind with 18 points and six rebounds. Xavier Pinson dished out eight assists and the Tigers had 12 steals as a team.

South Carolina was led by Jermaine Couisnard who had a career-high 33 points. Couisnard, who averaged 9.9 PPG going into today’s game, went 12-18 from the field and hit five threes. Erik Stevenson was second in scoring with 15 points.