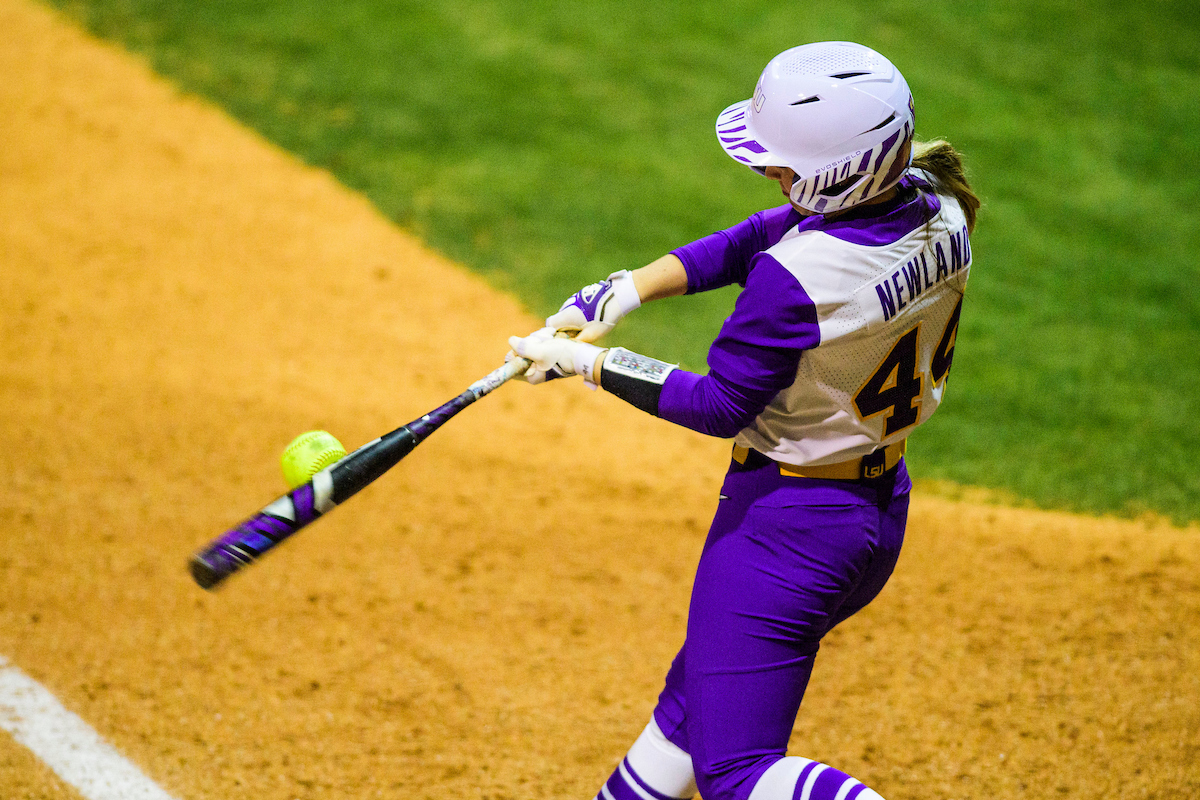 Notre Dame jumped out to a 3-0 lead in the top half of the first inning, but LSU ended the frame with a 5-3 lead, drawing four walks, including an RBI walk for McKenzie Redoutey, and a grand slam over the right field wall from Ali Newland.

The Fighting Irish had a solo shot in the second to make it a one-run game, but Danieca Coffey’s 10th hit of the season got her on base, and she came around to score a couple batters later thanks to a throwing error to keep the two-run edge, 6-4.

ND crossed another run in the third inning and a solo shot in the fifth tied the game 6-6. Later in the seventh stanza, the Irish scored two runs off a single and fielding error to go into the bottom of the inning, 8-6. The Tigers went down in order to end the game.

Shelbi Sunseri moved to 2-1 in the circle after striking out four batters and giving up eight hits and four walks in the complete game effort.

LSU will conclude day two at the St. Pete Clearwater Elite Invitational with a 4 p.m. CT game against No. 16/19 Michigan.