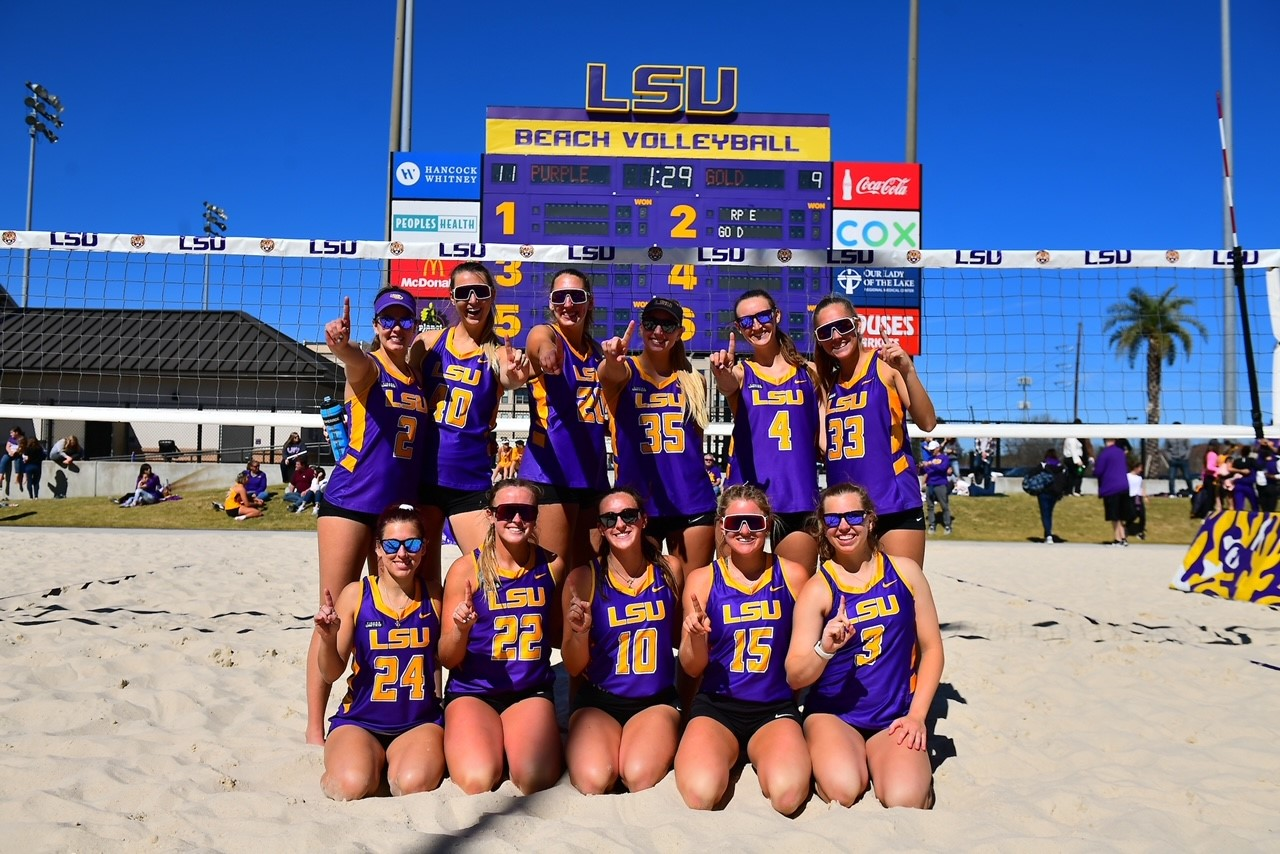 BATON ROUGE- The No. 5 LSU Beach Volleyball hosted its annual Purple vs. Gold scrimmage on Saturday, with the purple team coming out on top in the final tune-up before the season begins.

“The scrimmage did not disappoint,” said head coach Russell Brock. “You want to see a high level of competition, which we did. Both teams did a great job of competing the entire time.”

The Tigers saw action from all 21 players during the scrimmage as they played four sets with rotating partners as the coaches are looking to find their winning lineup combination.

The scrimmage served as the final event before LSU officially starts its season on February 25 and 26 at the White Sands Invitational in New Orleans. LSU will play four matches over the course of two days, including a Friday match against No. 17 Georgia State. The other three opponents that the Tigers will face include Nicholls, Tulane, and Spring Hill College.