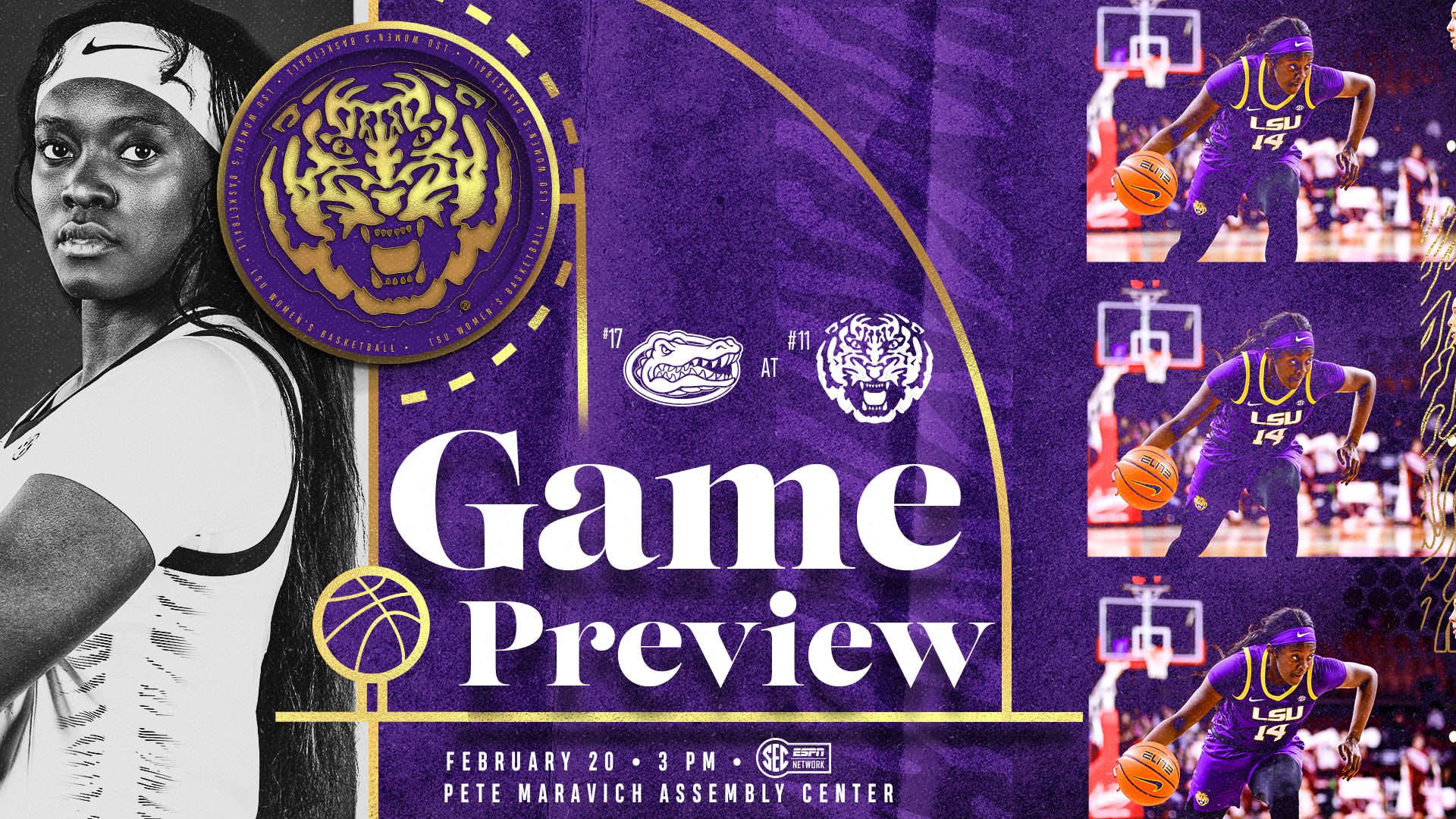 “It’s a game where if you just put (both team’s) stats side by side, it’s just two very similar teams,” LSU Coach Kim Mulkey said of Sunday’s matchup.

The Tigers and Gators are in a three-way tie with No. 12 Tennessee with three conference matchups remaining. Tennessee plays Sunday against No. 1 South Carolina at noon on ABC.

The PMAC is expected to reach a sellout with game day ticket sales. The game will air on the SEC Network with Sam Gore and Tamika Catchings. Patrick Wright and Shaeeta Williams will call the game on the LSU Sports Radio Network, 107.3 FM.

“Would we have ever thought we would have a sellout this year?” Coach Mulkey asked. “Now think about that. That’s a lot of people to put in a building, and the importance of the game makes it that much more significant. We’re both tied with Tennessee for second in the league.

The Tigers have exceeded expectations in the first year of the Coach Mulkey era. LSU has the opportunity to finish as high as No. 2 in the SEC after being picked in the preseason to finish eighth. Following Sunday’s game against Florida, LSU will face Alabama Thursday in the regular season home finale before wrapping up the season next Sunday at Tennessee.

LSU has won five in row after dropping back-to-back games at Florida and at Arkansas. Playing in Gainesville on January 23, LSU struggled to find a rhythm against the Gators. Khayla Pointer was the only player to score in double figures, becoming the first LSU player since Seimone Augustus to score 35 in a game. Despite being outplayed by the Gators, LSU fell by just a point, 73-72.

“You better get back in transition defense,” Coach Mulkey said about playing Florida. “You better stop dribble-penetration, and you better keep them off the foul line. They’re just rough kids. They’re just hard to stop.”

The Gators have enjoyed great success this season under interim coach Kelly Rae Finley. Her and Coach Mulkey will both be serious SEC Coach of the Year candidates. Finley’s squad is led by Kiara Smith, a gritty guard who had 23 in January against the Tigers. She scores 14.8 points per game. Lavender Briggs and Jordyn Merritt also score in double figures.

Florida has won 11 of its past 12 games, losing only to South Carolina in the stretch. Since falling to the top-ranked Gamecocks, the Gators have rattled off five straight wins.