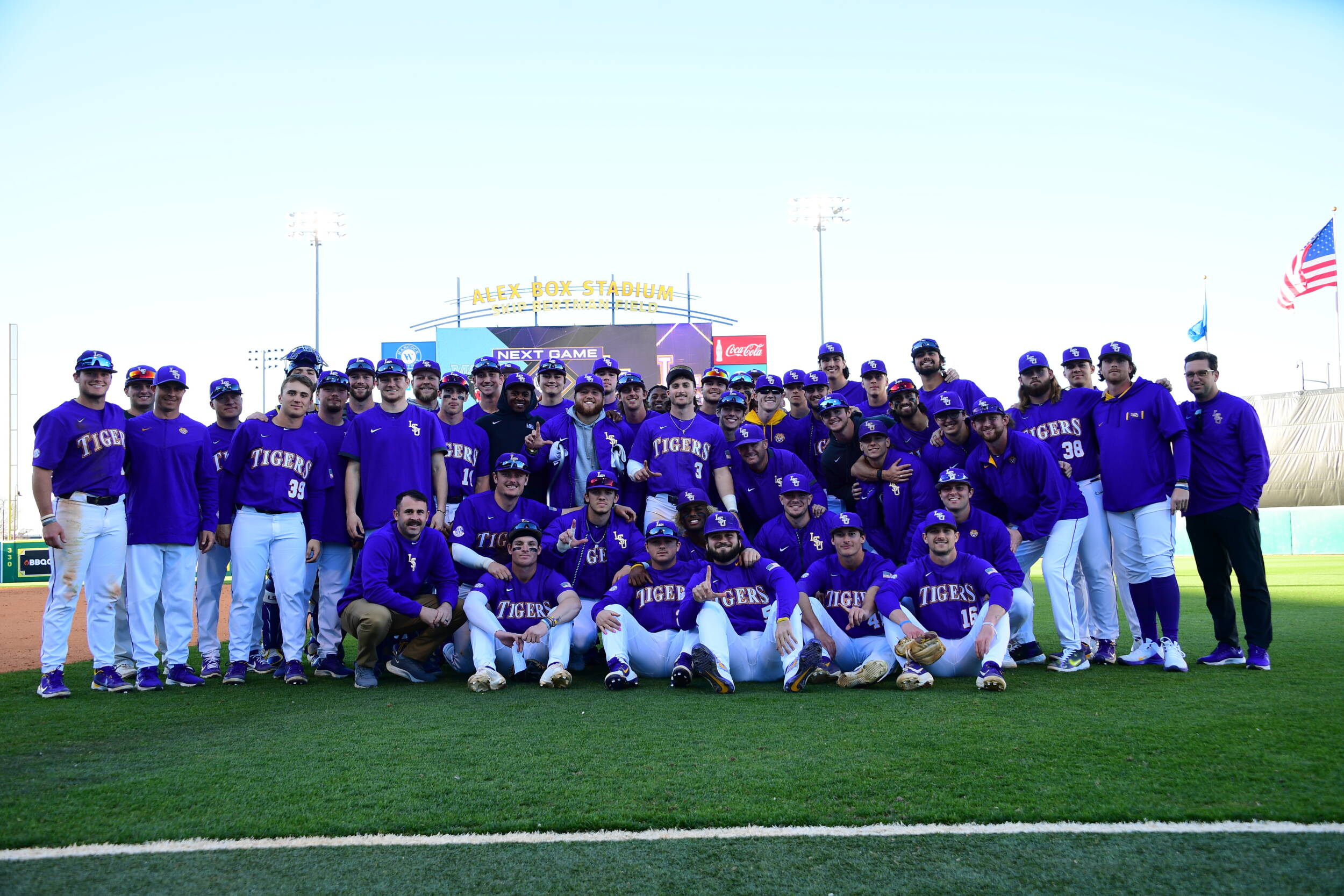 LSU improved to 2-0 on the season, while Maine dropped to 0-2. The teams will meet in the series finale at 1 p.m. CT Sunday in a contest that will be broadcast on the LSU Sports Radio Network,  and it may be viewed on SEC Network +.

Live audio is available at www.LSUsports.net/live, and live stats may be accessed at www.LSUstats.com.

Doughty’s three-run homer in the first inning highlighted a four-run outburst, and the Tigers scored in each of the first seven innings of the game. Doughty was 3-for-6 at the plate with one double, one homer and five RBI.

LSU’s streak of scoring in 12 consecutive innings over the first two games of the season ended in Saturday’s eighth inning. The streak marked the Tigers’ longest since 2010, when LSU scored in 12 straight innings over two games versus Brown and UL Monroe.

“I thought we had a much better approach at the plate today,” said LSU coach Jay Johnson. “We were under control, and we have some talented players, and when they’re in the right mindset, they do a good job of controlling the strike zone and hitting mistakes by the pitcher.

“Cade Doughty has really done a good job of improving offensively, and nothing that he does is a surprise to me. He is a very talented player who has matured and developed; it’s his time right now, it’s fun to watch.”

Sophomore left-hander Javen Coleman (1-0), the second of four LSU pitchers, was credited with the win, as he limited Maine to one run on one hit in three innings with no walks and three strikeouts.

LSU starter Ma’Khail Hilliard worked the first four innings and was charged with five runs – three earned- on four hits with one walk and two strikeouts.

Maine starter Noah Lewis (0-1) suffered the loss, as he surrendered seven runs – six earned – on seven hits in three innings with four walks and no strikeouts.

“Ma’Khail got us off to a good start on the mound today,” Johnson said. “I know he was really excited to start the game, and he got us out of the first two innings quickly and then slowed down Maine’s momentum with a scoreless fourth.

“I thought Javen Coleman was outstanding; he just pounded the strike zone in his three innings and was really solid.”