The Jay Johnson Era Begins With 13-1 Win Over Maine 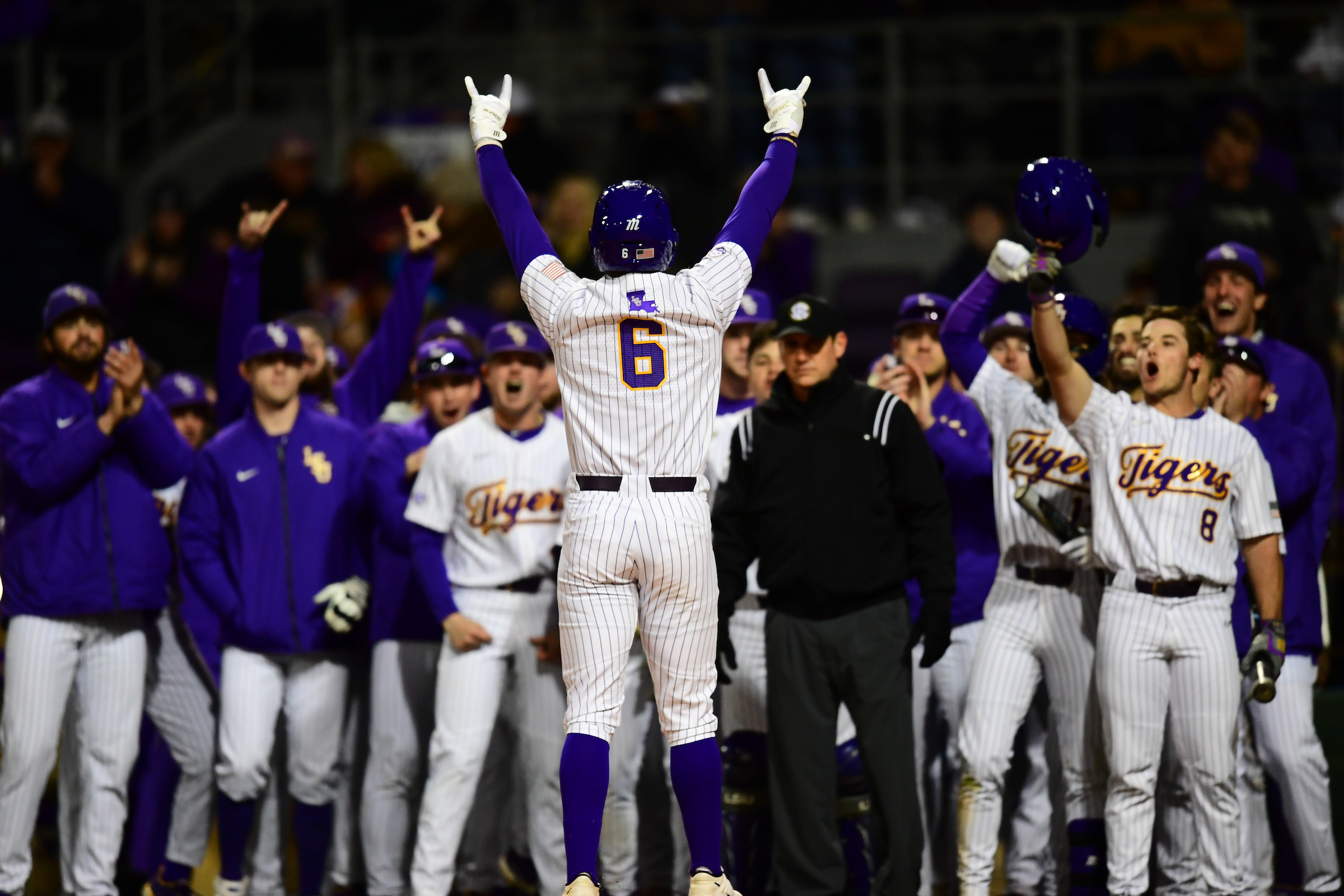 LSU head coach Jay Johnson led the Tigers to the win in his first game at the helm of the program. LSU is 1-0 on the year, while Maine dropped to 0-1.

The teams meet in Game 2 of the series at 1:30 p.m. CT Saturday in a contest that will be broadcast on the LSU Sports Radio Network, and it may be viewed on SEC Network +.

Live audio is available at www.LSUsports.net/live, and live stats may be accessed at www.LSUstats.com.

Money (1-0) fired seven scoreless innings, allowing just a pair of singles while recording one walk and a career-best 10 strikeouts. He threw just 79 pitches, 59 for strikes.

“Blake was fantastic tonight and demonstrated why we gave him the opportunity to start the season opener,” Johnson said. “He was worked extremely hard to get to this point, and I’m honestly not surprised by how well he performed. He’s pitched this way beginning in fall practice and throughout the preseason.”

Maine starter Brett Erwin (0-1) was charged with the loss as he surrendered two runs – one earned – in five innings with one walk and seven strikeouts.

Johnson said he relished the atmosphere of Alex Box Stadium in his first game as LSU’s coach.

“Standing on that first step of the dugout, it felt like a College World Series game environment; it was awesome. I’m looking forward to the tremendous support our fans will give us all season.”

First baseman Tre’ Morgan led LSU’s offensive output with a 3-for-5 effort that included a triple and two RBI, while designated hitter Brayden Jobert contributed a solo homer and a sacrifice fly.

Money and Erwin were locked in a scoreless duel until the fourth, when Jobert blasted his first career LSU home run. The Tigers added a run in the fifth on an RBI single by right fielder Jacob Berry, and LSU extended the lead to 5-0 with a three-run sixth.

“We got off to a rough start offensively, and we just needed to slow our heartbeats down a little,” Johnson said. “We’ll get back to work tomorrow and continue to work on creating productive at-bats.”