Softball Run Rules No. 7 Oklahoma State, Falls to No. 5 Washington 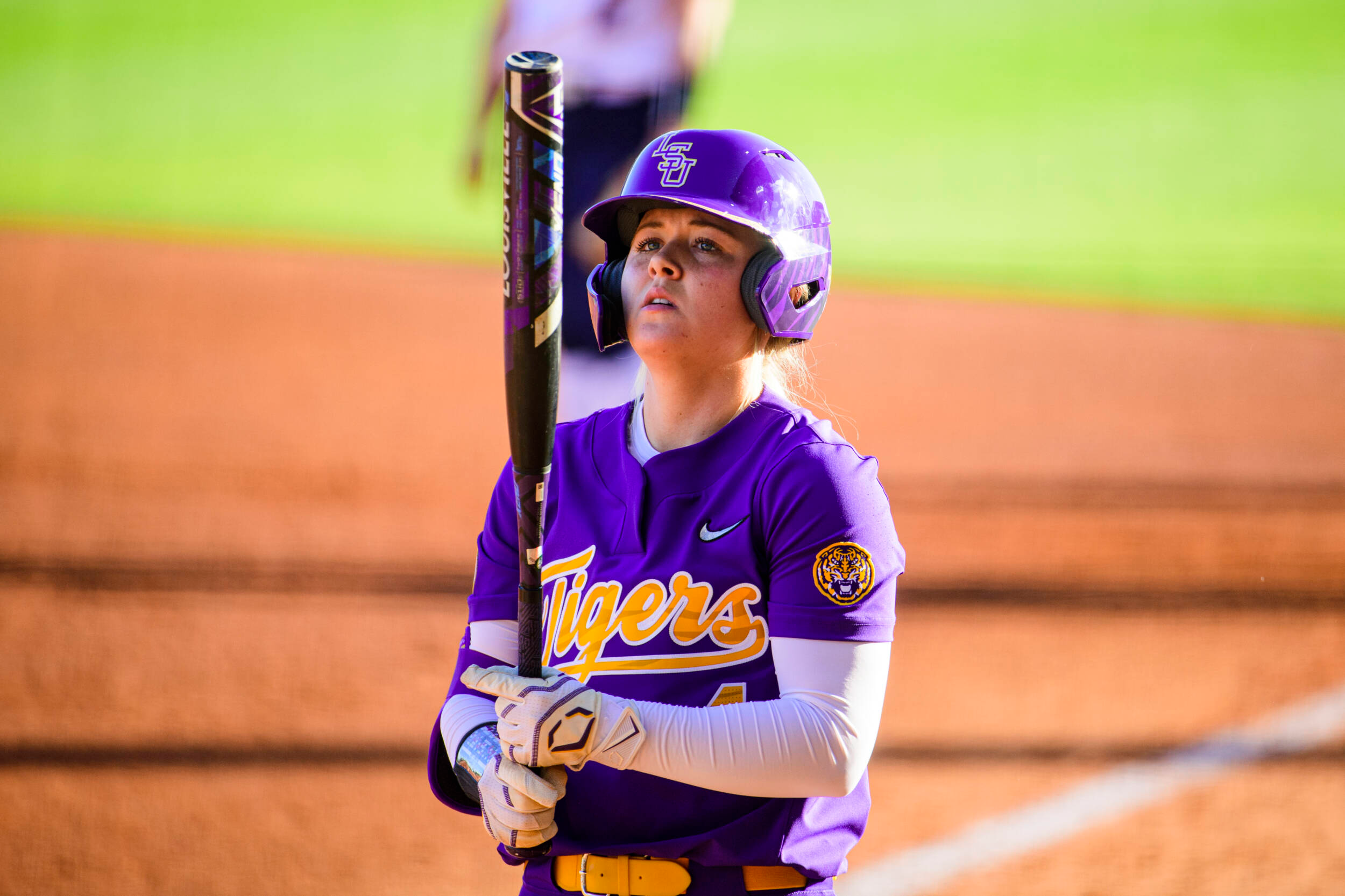 True freshman McKenzie Redoutey stole the show as she led the team with five RBI in the two games combined and gave the Tigers a commanding lead versus Oklahoma State with a three-run shot in the fifth inning.

Danieca Coffey led the team with three hits and turned in her seventh career multiple-hit game after going 2-4 with one RBI and one run scored in the leadoff spot versus Oklahoma State.

The Cowgirls crossed the first run in the opening game. LSU tied it up in the top half of the third inning after a leadoff double from Cait Calland was rewarded with an RBI single from Coffey. OSU scored another run to keep its lead through three innings however, 2-1.

In the top of the fourth inning Savannah Stewart drove in KK Madrey who pinch ran for Sunseri, and Jordyn Perkins recorded her first sacrifice fly of the season that scored Stewart. LSU was able to get out of a jam in the bottom half with runners on the corners and ended the inning with a 3-2 lead.

LSU doubled its offensive scoring in the fifth inning with four runs beginning with Georgia Clark’s bunt that scored Ciara Briggs. Stewart reached on a fielder’s choice, and Redoutey logged her first collegiate home run with a three-run shot to right center, padding the Tigers’ lead 7-2. Sunseri sealed the game with a three-run home run of her own in the sixth inning to bring the score to its eventual final, 10-2.

After a scoreless first, Washington scored six runs in the top half of a second inning that saw Raelin Chaffin replace starter Shelby Wickersham in the circle.

LSU responded with a run in the bottom of the second inning thanks to a single from Morgan Cummins and a trio of walks, including Coffey’s RBI walk that scored Redoutey. Both teams were retired in quick fashion in the 3rd frame, but the Huskies added three runs to pad their lead, 9-1.

LSU scored the next three runs in the bottom of the fourth and fifth frames beginning with an RBI double off Briggs’ bat in the fourth. In the next inning, Redoutey laced a two RBI single to trim the deficit to 9-4. That would be as close as the Tigers would get however, as both teams ceased to score for the remainder of the game.

The Tigers will return for day two of the St. Pete Clearwater Invitational with a 9: 30 a.m. CT game against Notre Dame, followed by a 4 p.m. CT game versus No. 16/19 Michigan.