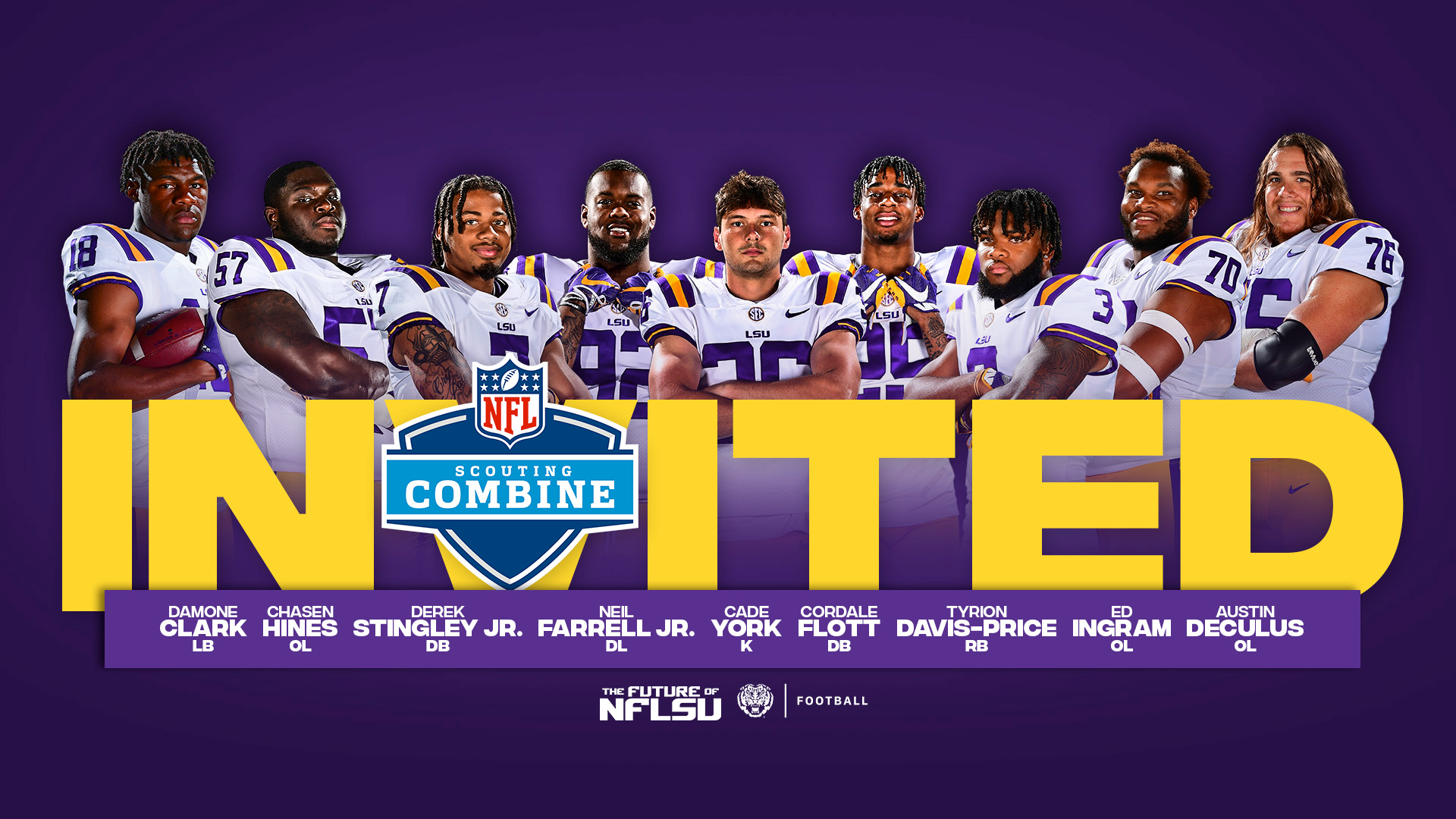 BATON ROUGE – After a one year absence, the NFL Combine returns in person this year and nine LSU players have been invited to the event in Indianapolis.

The NFL Combine takes place March 1-7 at Lucas Oil Stadium. The event will be covered daily on the NFL Network and ESPN.