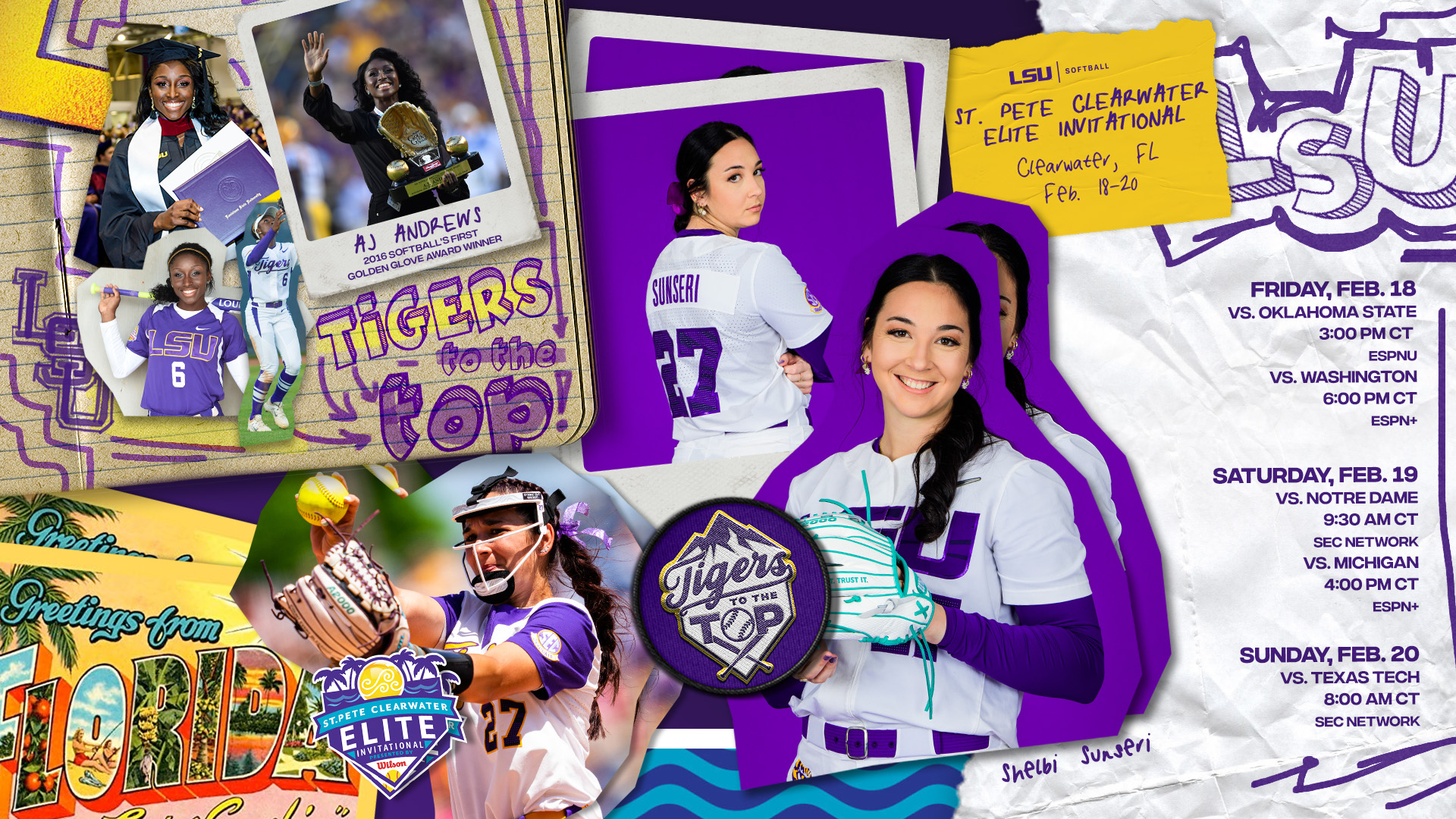 The full schedule with the entire 16-team field can be found here.

The Tigers are coming off a 4-2 showing at the Tiger Classic in Baton Rouge, La. The Tigers picked up two wins against South Alabama and two more wins against Central Arkansas and Illinois. Overall, LSU batted .252 behind 38 hits and 20 RBI in its opening weekend. Defensively, the Tigers registered a 1.14 ERA with 39 strikeouts and just eight walks in 43.0 innings pitched.

Georgia Clark and Shelbi Sunseri highlighted the weekend by splitting six home runs between themselves evenly with both registering a pair of home runs in the same game (Feb. 12 vs. South Alabama). Clark matched a team-high .421 batting average and eight hits with Ciara Briggs, but Clark added six RBI and a team-best .947 slugging percentage. Sunseri paced the team with nine RBI and had five hits and five runs scored. Sunseri also did work in the circle, posting a 2-0 record with a 1.00 ERA, 12 strikeouts, eight hits, one walk and one complete game shutout in 14.0 innings pitched.

Ali Kilponen (2-1) also earned a pair of victories in the circle as she struck out 12 batters and logged two complete games in 16.2 innings pitched.

The Tigers have an overall 34-21 record against the opponents they will compete against this weekend.

LSU is 10-4 all-time against Oklahoma State. The two clubs will meet for the fourth consecutive season. The Cowgirls took both games in the matchup last season.

The Purple and Gold trail Washington 8-9 in the all-time series. The last meeting between the Tigers and Huskies was in 2020, resulting in a 3-1 setback for LSU.

LSU has a 3-0 mark against Notre Dame. After the initial meeting in 1999, the Bayou Bengals and Fighting Irish faced off again twice in the Tiger Invitational in 2015.

LSU has a 9-1 record versus Texas Tech, including a 6-5 victory in 2020 which is the last time the teams met. LSU and Texas Tech also played each other in the 2019 NCAA Regionals three times with LSU winning the series, 2-1.

The Tigers return to Baton Rouge for the Purple & Gold Challenge Feb. 25-27. LSU will host Stephen F. Austin, Drake and Purdue. All LSU games will be streamed on SECN+.