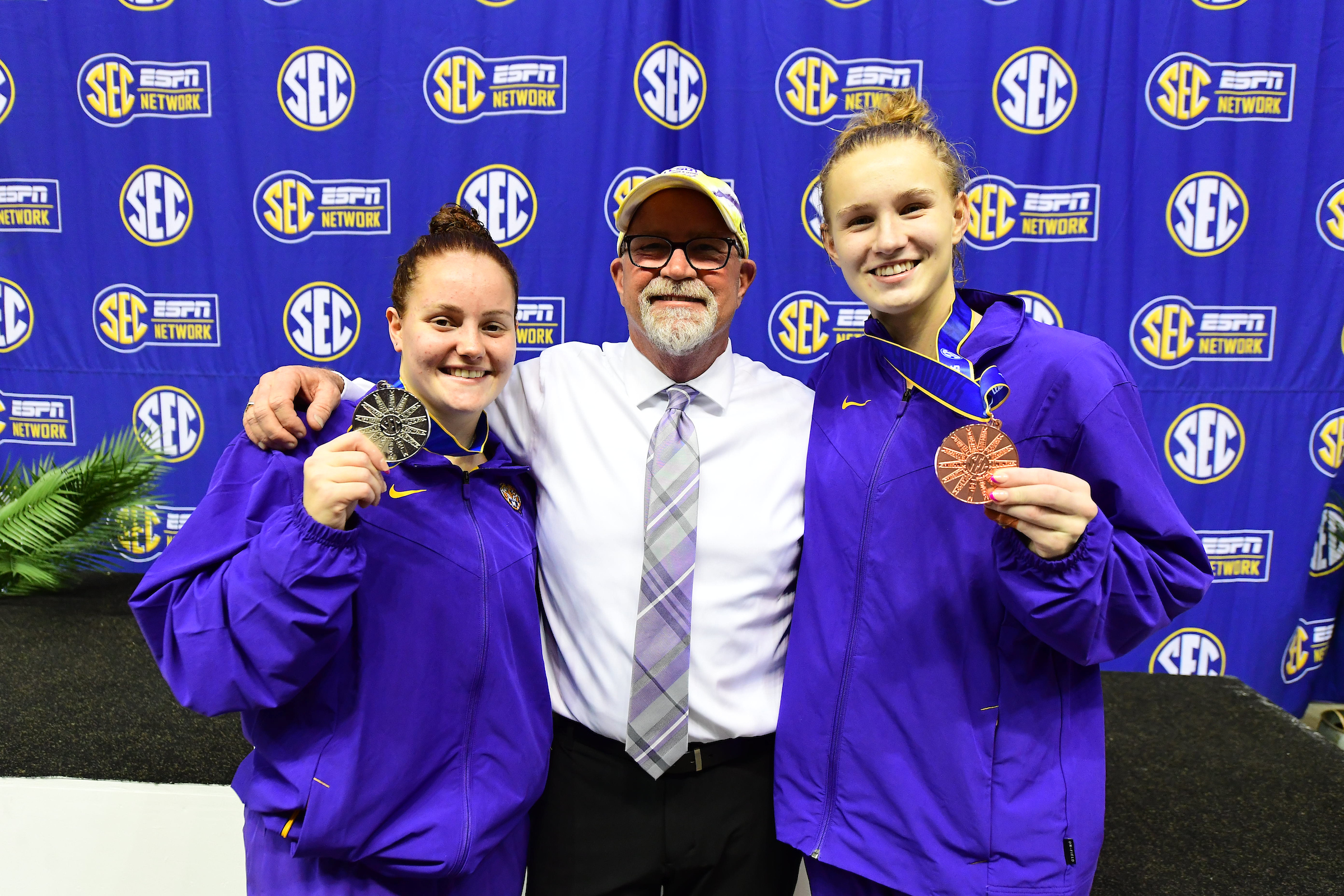 KNOXVILLE, Tenn. – LSU swimmer Brooks Curry earned a silver medal, broke a school record and cleared the NCAA ‘A’ standard for the second night in a row Thursday at the 2022 SEC Championships inside Jones Aquatic Center on the University of Tennessee’s campus. He clocked in a 200-yard freestyle time of 1:31.39.

In the 200-yard free, Reagan Osborne competed in the ‘C’ final after dropping nearly three seconds in prelim time from her seed time. She placed 24th with a final time of 1:47.62. Katarina Milutinovich swam in the ‘B’ final after qualifying in the prelims with a score of 1:46.48. Her final time dropped by four-tenths of a second, and she placed 10th with a time of 1:46.05.

ON THE BOARDS
Alongside Pellacani and Tuxen’s performances that vaulted them into LSU’s all-time top-10 scores, Montserrat Gutierrez Lavenant had an impressive set of dives herself. After placing eighth in the prelims with a score of 306.65, she had a final score of 338.35, which earned her fifth place.

LIVE STATS
Diving:lsul.su/3uKcEJy
Swimming results can be found on MeetMobile