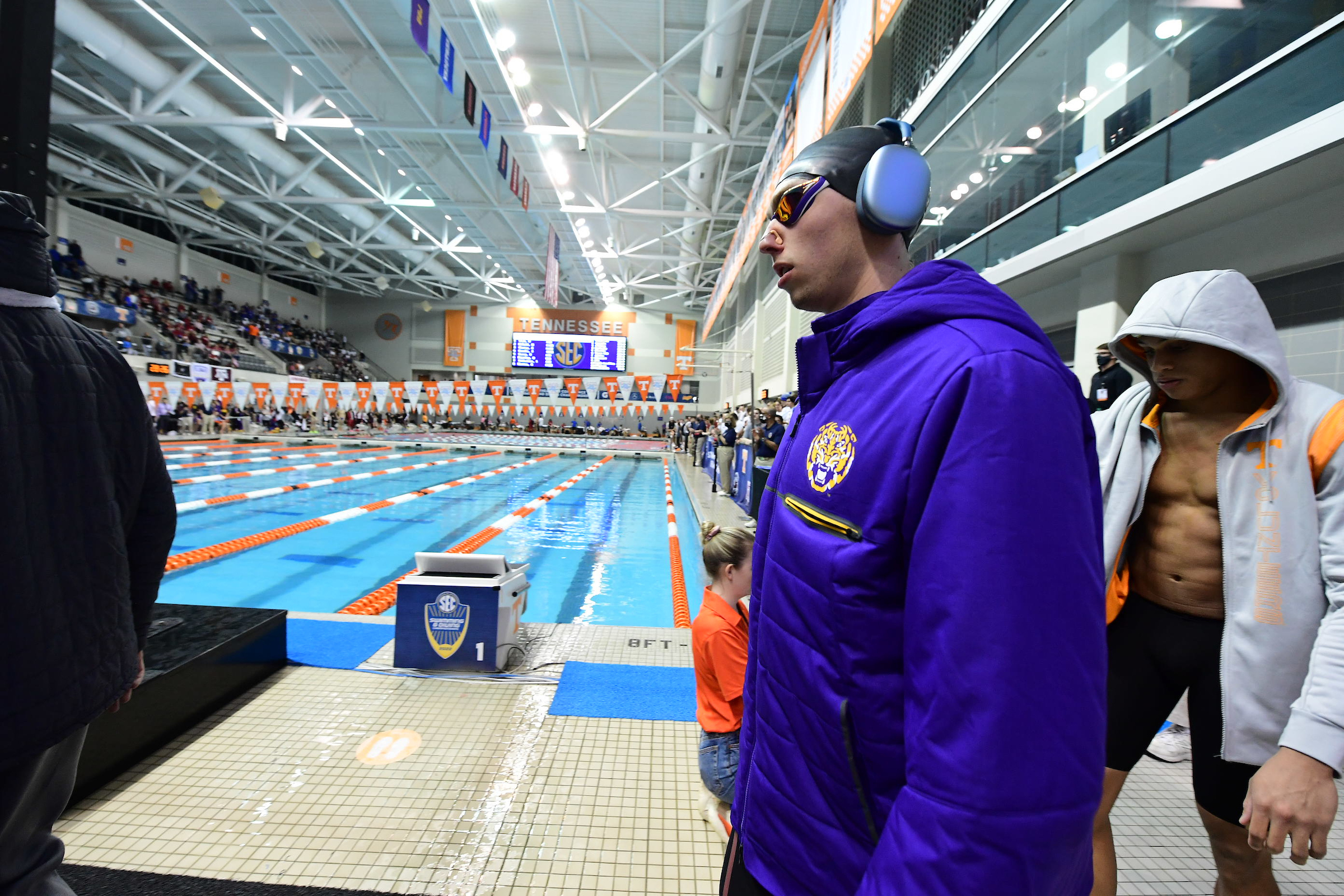 Curry swam in the 50-yard freestyle prelims and broke his previous record of 18.97, which he clocked during the 2021 SEC Championships. At the 2022 version, Curry finished with an 18.93, an NCAA ‘A’ cut qualifying time. In the finals, he surpassed that with the second-fastest time in the nation, which sits at 18.67.

Bridges was similar in her approach to breaking an LSU record. In the prelims for the 500-yard free, she originally broke the record with a time of 4:44.66 before resetting it in the finals with a time of 4:43.87.

Hassling nearly matched the efforts of Curry and Bridges, but in the prelims was tenths of a second shy from breaking LSU’s 200-yard IM record. He came back in the ‘B’ final during the evening session, officially breaking the record with a time of 1:44.74.

LSU diver Juan Celaya-Hernandez competed on the one-meter springboard, placing 2nd in the prelims with a score of 356.90. He earned his second podium finish of the SEC meet, finishing with the bronze and a final score of 404.25.

In the women’s 50-yard free, Katarina Milutinovich claimed 22nd place with a time of 22.56, after qualifying for the ‘C’ final in the prelims.

ON THE BOARDS
Adrian Abadia finished in sixth place for the one-meter springboard final after qualifying for it during the prelims with a fifth-place score of 343.50