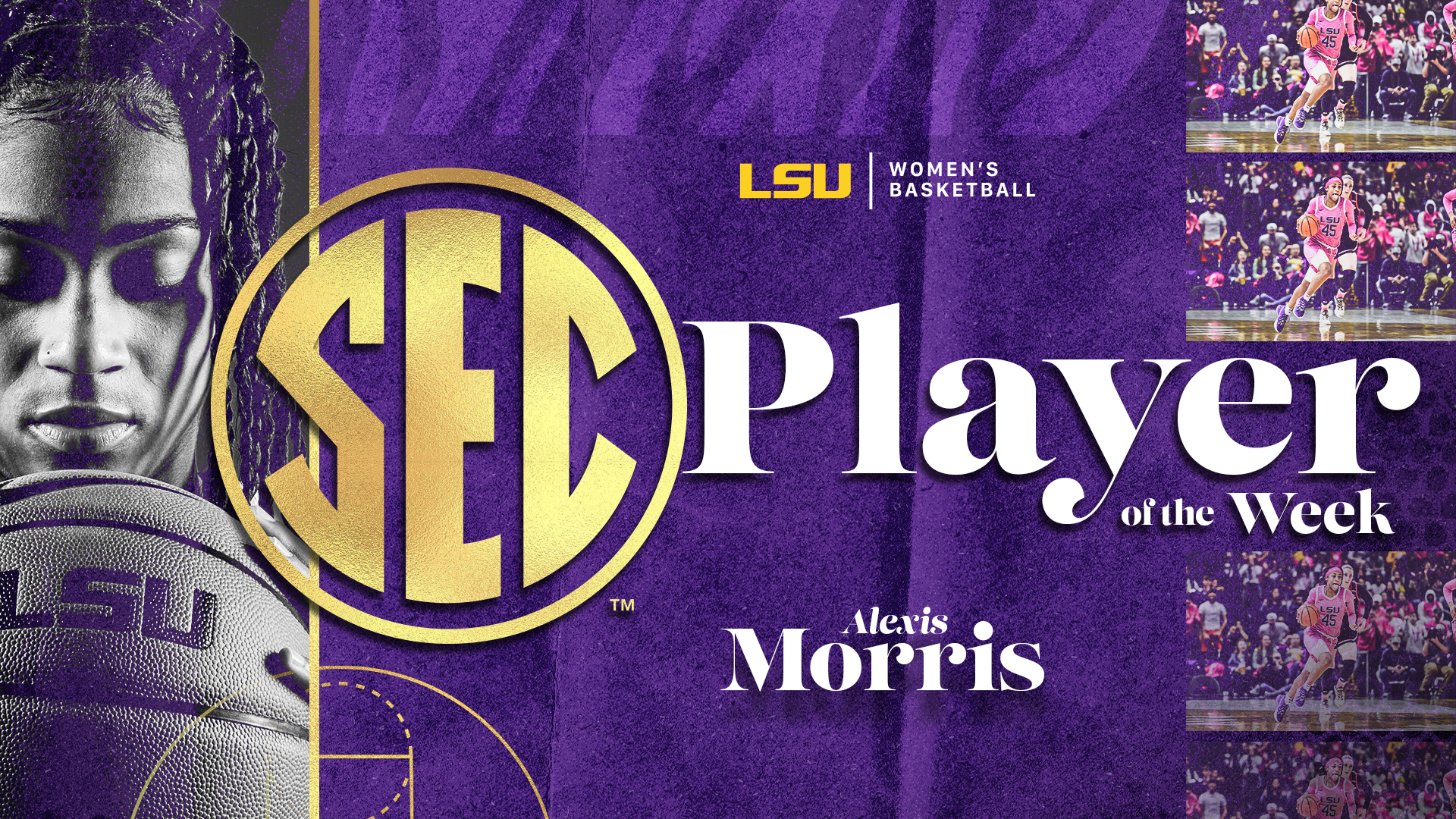 BIRMINGHAM, Ala. – LSU’s Alexis Morris was named the SEC Player of the Week Tuesday morning after leading the Tigers to big wins over No. 17 Georgia and at Texas A&M throughout the past week.

Morris electrified LSU’s offense, scoring 26 points against Georgia and then going for 25 at Texas A&M. She lit up the entire stat sheet, averaging 6.0 rebounds and 4.5 assists in the two games as well.

Hosting Georgia last Thursday, Morris helped LSU secure the win over the Bulldogs with clutch free throw shooting. Half of her 26 points came at the free throw line and Morris only missed one free throw in 14 attempts throughout the game. Morris was 6-for-6 from the free throw line in the game’s final minute as the Tigers held on for the victory after the Bulldogs clawed back to tie the game in the fourth quarter after LSU led by as many as 20 in the third.

Morris followed that performance up on the road against her former team in College Station where she played for Texas A&M last year. LSU trailed Texas A&M by six at the half, but Morris scored 16 points in the second half, as did Khayla Pointer, to help the Tigers erase the deficit and ultimately win by 16. Morris and Pointer both had 25 in the win.

Morris has scored over 20 points in five of LSU’s past seven games and has proven to be a go-to bucket getter for the Tigers. She is No. 9 in the SEC in scoring at 16.0 points per game. Pointer is No. 2 in the SEC at 19.3 points per game as LSU is the only team in the SEC with two players in the Top-10 in scoring.

The Tigers have four games remaining in the regular season and they control their own destiny. LSU has the opportunity to finish as high as No. 2 in the SEC and is in a position to clinch one of the Top-16 seeds in the NCAA Tournament which would allow the Tigers to host first and second round games in the PMAC. Sitting at 21-4 (9-3 SEC), LSU has won its most regular season games since the 2007-08 season.

LSU will be on the road at Mississippi State Thursday night at 6 p.m. CT before returning to Baton Rouge for its final two home games of the regular season against No. 17 Florida on Sunday at 3 p.m. on the SEC Network and Alabama at 7 p.m. next Thursday. The Tigers will finish the regular season in two Sundays at No. 12 Tennessee.