LSU Moves Up To No. 12 in Coaches Poll 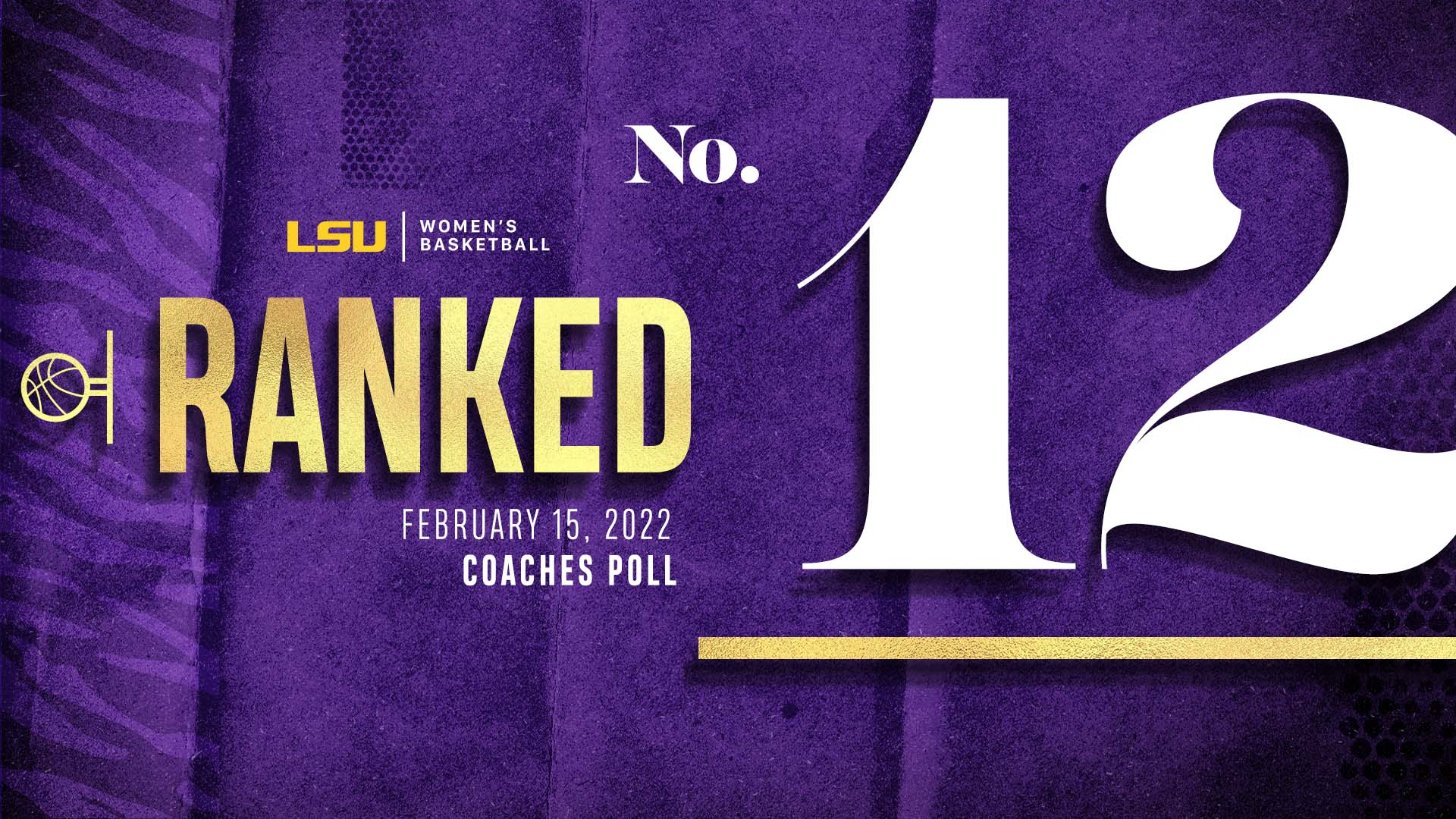 The Tigers earned impressive wins at Ole Miss, against No. 17 Georgia and at Texas A&M since the last week’s AP Poll was released. LSU has won its most regular season games since the 2007-08 season.

With four games remaining in the regular season, the Tigers control their own destiny. LSU, who was picked in the preseason to finish No. 8 in the conference, has the opportunity to finish as high as No. 2 in the SEC and the Tigers are currently in a position to be able to host the first and second rounds of the NCAA Tournament.

LSU is at Mississippi State on Thursday at 6 p.m. CT and then will be home Sunday in a rematch against No. 17 Florida who beat LSU earlier in the season.