LSU Women’s Basketball Climbs To No. 11 in AP Poll 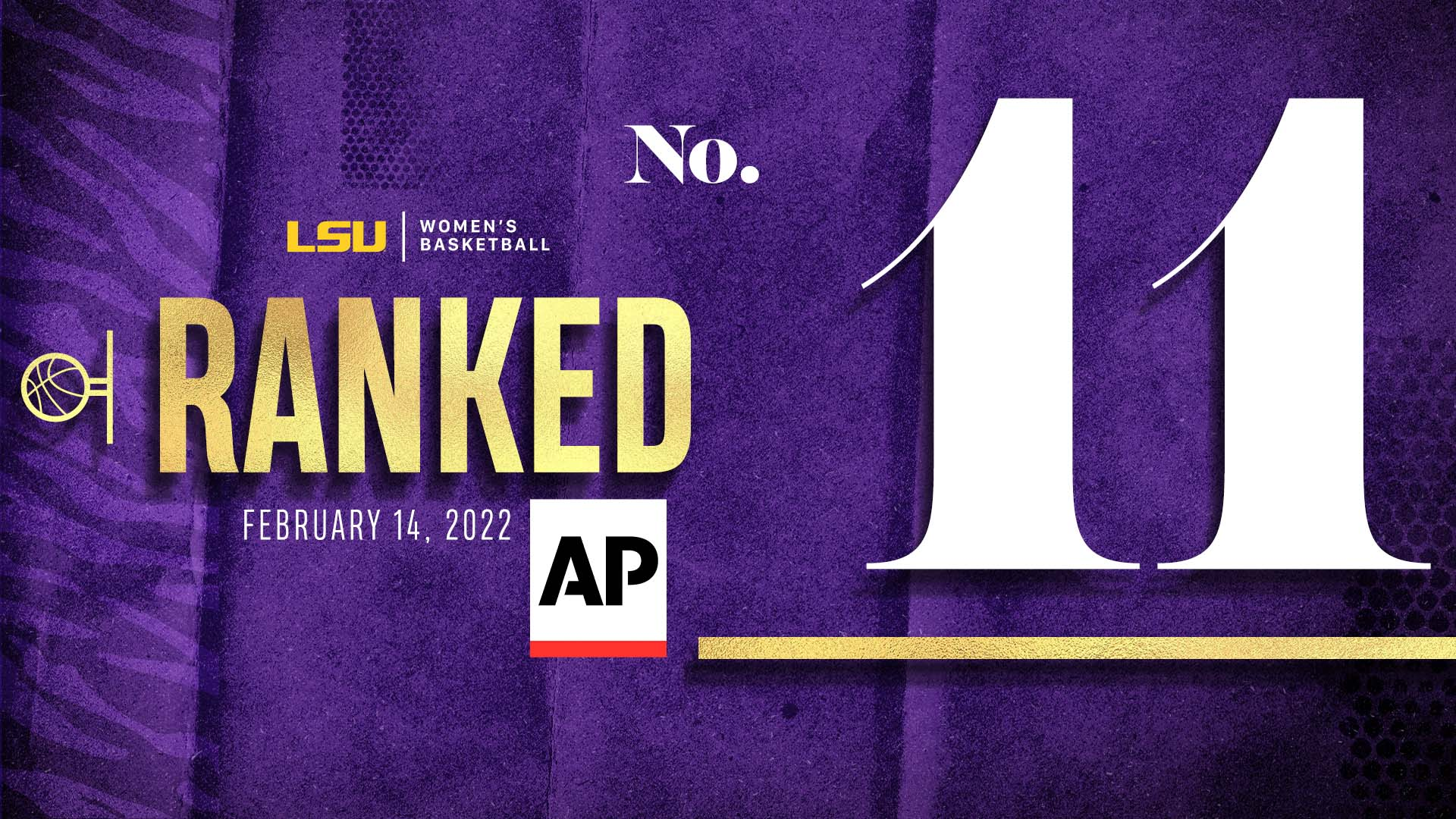 BATON ROUGE – The LSU Women’s Basketball team (21-4, 9-3 SEC) moved up in the AP Poll for the second week in a row, climbing to No. 11 on Monday, jumping three spots from last week and tying its highest ranking this season.

The Tigers earned impressive wins at Ole Miss, against No. 17 Georgia and at Texas A&M since the last week’s AP Poll was released. LSU has won its most regular season games since the 2007-08 season.

With four games remaining in the regular season, the Tigers control their own destiny. LSU, who was picked in the preseason to finish No. 8 in the conference, has the opportunity to finish as high as No. 2 in the SEC and the Tigers are currently in a position to be able to host the first and second rounds of the NCAA Tournament.

LSU is at Mississippi State on Thursday at 6 p.m. CT and then will be home Sunday in a rematch against No. 17 Florida who beat LSU earlier in the season.