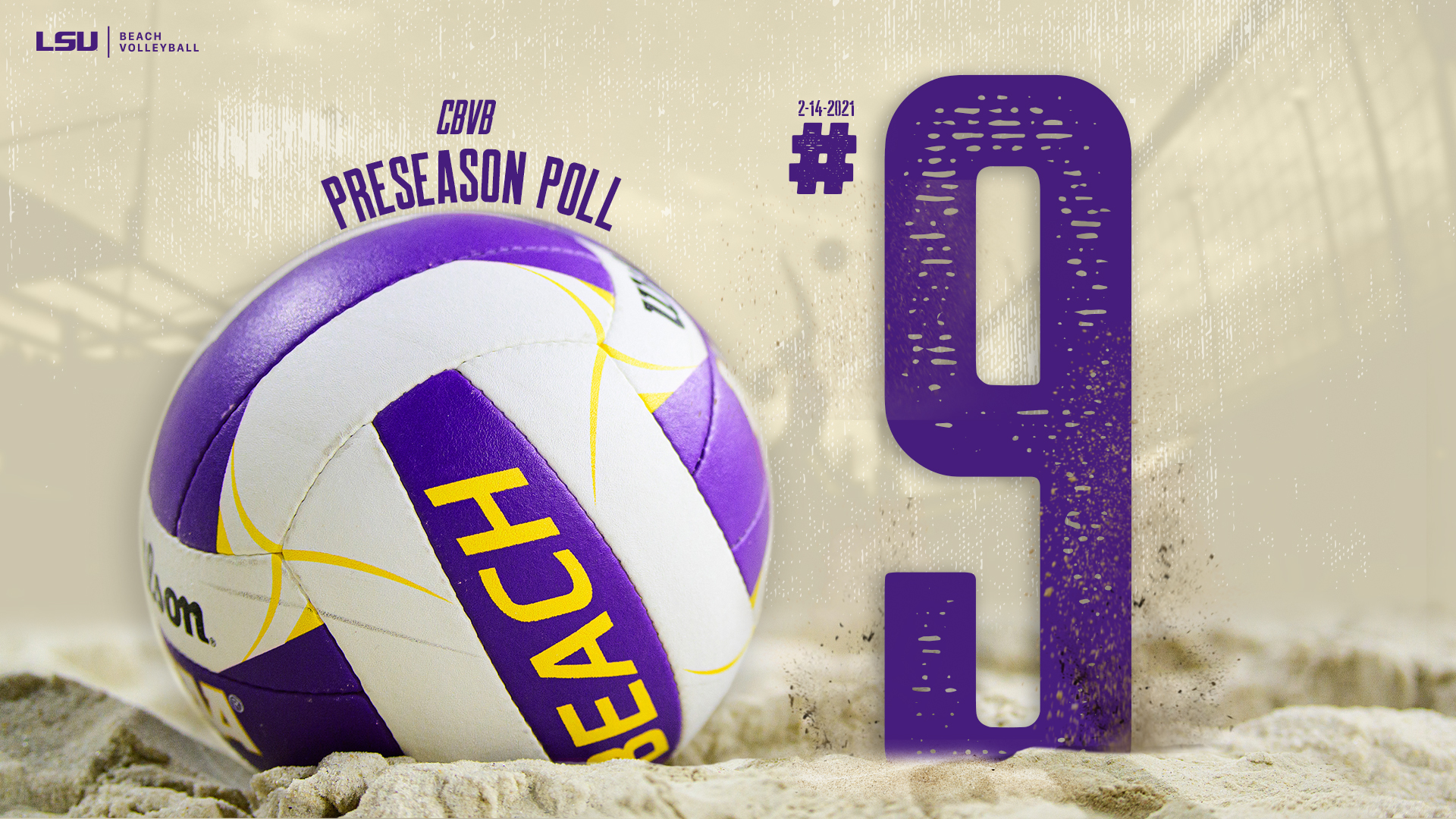 BATON ROUGE, La. – The LSU Beach Volleyball Team was ranked No. 9 in the CBVB Preseason Poll which was released on Monday.

It is the lowest ranking for the Tigers since week 5 of the 2018 season when the team was ranked at No. 10. Many new faces will be on display for LSU, as only two players who saw significant time in the sand, Kelli Greene-Agnew and Ashlyn Rasnick-Pope, are returning for the 2022 season. Other Tigers that saw limited action will also be back, including Grace Seits, Reilly Allred, Ellie Shank and Allison Coens. LSU will also have the immediate impact of four new additions in Holly Carlton, Bella Bauman, Hannah Brister and Kylie Deberg.

“Even with new faces and a different looking roster, we know who we are,” said head coach Russell Brock. “We’re excited about the opportunity heading into the season.”

The Tigers will be in action on Saturday as they play in the Purple vs. Gold Scrimmage hosted at LSU Beach Volleyball Stadium at 11 a.m. CT. LSU will officially open its season at the Green Wave Invitational on February 25 and 26 as the Tigers play four matches, including a Friday match against No. 16 Georgia State, at the White Sands Volleyball Courts in New Orleans, La.