Barber Sits in Third After Opening Rounds of Gators Invitational 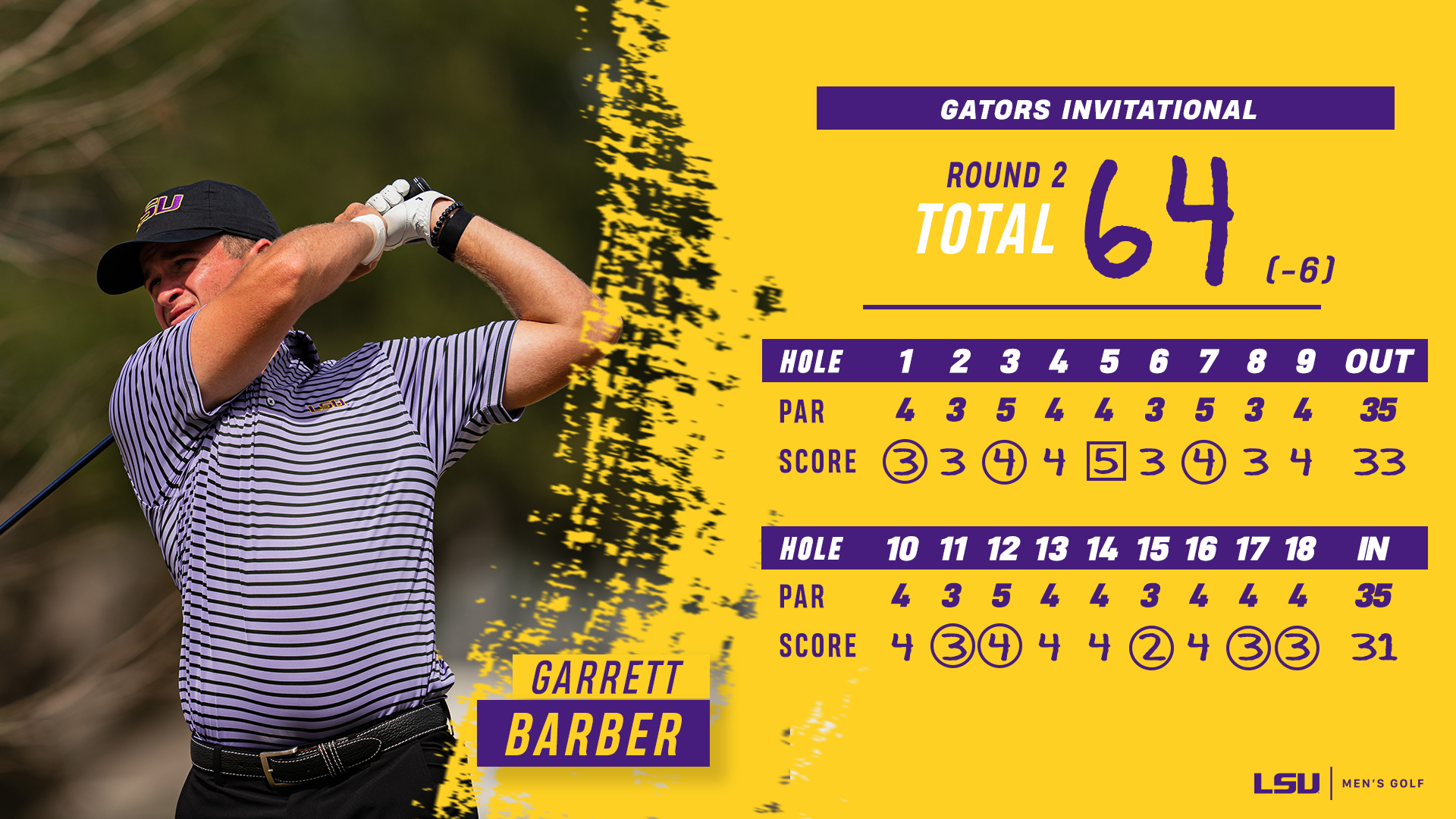 Gainesville, Fla. – Senior Garrett Barber sits in third place at 5-under 135 in the individual leaderboard following the conclusion of round two at the Gators Invitational. LSU sits in fifth place as a team, finishing at an even-560.

Round One
Senior Michael Sanders led the Tigers in the first round of scoring as he posted a 1-under 69 in a round that saw him pick up three birdies and tied for 13th place. Freshman Cohen Trolio fell only one stroke behind with an even-70 performance that saw him pick up a birdie and an eagle, his second of the season.

Barber and sophomore Nicholas Arcement both finished tied for 27th at 1-over 71 and picked up three birdies each in the process. Sophomore Drew Doyle finished 5-over 75 and tied for 65th. As a team, LSU finished the round at 1-over 281 and tied for 5th heading into the second round.

Trolio joined Barber in the under-par group as he finished with a 2-under 68 score that saw him earn five birdies, the third most in a single round for him this season and enters tomorrow’s final round tied for 11th with a 2-under 138.

As a team, LSU sits at even-560 in fifth place enter the final round within four shots of third place South Florida.