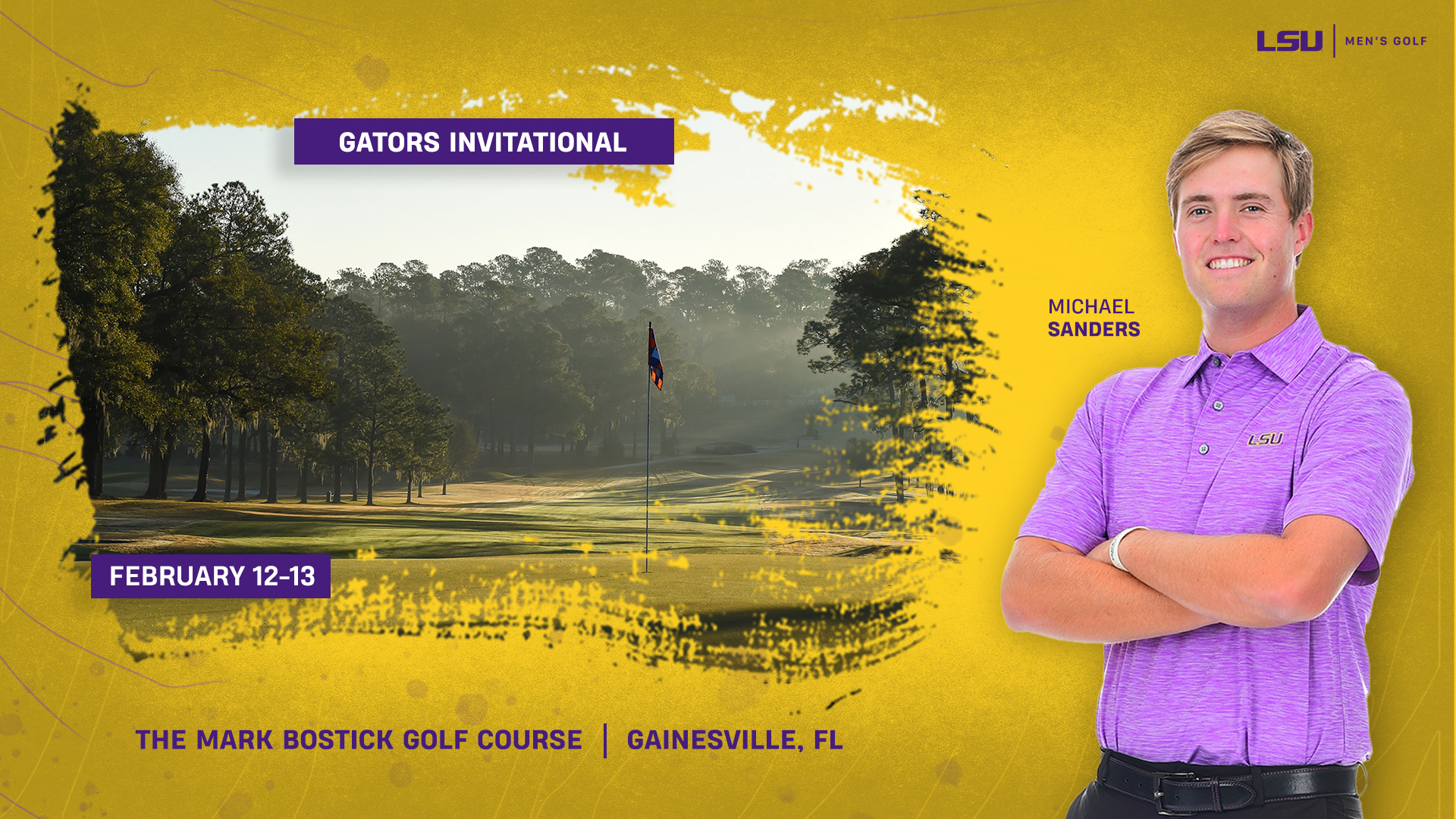 Baton Rouge, La.  – The 21st ranked LSU men’s golf team will resume its 2021-22 season this weekend as they head to Gainesville, Fla., for the Gators Invitational.

The two-day, 54-hole tournament will feature 36 holes of play on Saturday, and the final 18 holes of play will be contested on Sunday. The Mark Bostick Course will play as a par 70 at a distance of 6,701 yards. Saturday’s shotgun start will go off at 6:45 a.m. CT, and Sunday’s final round will start at 7 a.m. CT.

The Lineup
LSU will trot out a starting five of Drew Doyle, Nicholas Arcement, Garrett Barber, Cohen Trolio, and Michael Sanders. Barber, Arcement, Doyle, and Sanders all played at this tournament a year ago.

LSU will be battling it out with FAU, Florida, FGCU, Georgia Southern, Jacksonville, Liberty, Missouri, Oklahoma State, Penn State, UCF, North Carolina-Wilmington, USF, and West Virginia. A total of three top 25 teams will be in attendance alongside LSU as No. 4 Oklahoma State and No. 25 USF are the other two ranked squads.

LSU has won this event three times with the most recent victory coming in 2002. Trey Winstead’s three round total of 9-under 201 (68-66-67) from last year’s Gator Invitational that earned him a tie for fourth was the 10th lowest total in tournament history. The Tigers finished fourth at this event a year ago with a team score of 21-under 819.

The Tigers played three stroke play events in the fall of 2021 and finished no lower than fourth in each of those three events. LSU won its first team title of the season with a 23-under 841 at the Jim Rivers Intercollegiate in Choudrant, La., at the Squire Creek Country Club Sept. 12-14, and Michael Sanders claimed the first individual title of his collegiate at the season opening Turning Stone Intercollegiate in Verona, N.Y., with a three round scored of 9-under 207.

Four players – Garrett Barber, Michael Sanders, Nicholas Arcement, Cohen Trolio – all played in each of LSU’s stroke play events. Out of those four, Barber leads the way with a scoring average of 70.89. Sanders is just off Barber’s pace and has a stroke average of 71.11 to go along with two top-10 finishes. Doyle’s only tournament played of the fall was at the Jim Rivers Intercollegiate and he fired rounds of 68, 71, and 73 to finish at 4-under earning himself a 10th place finish.