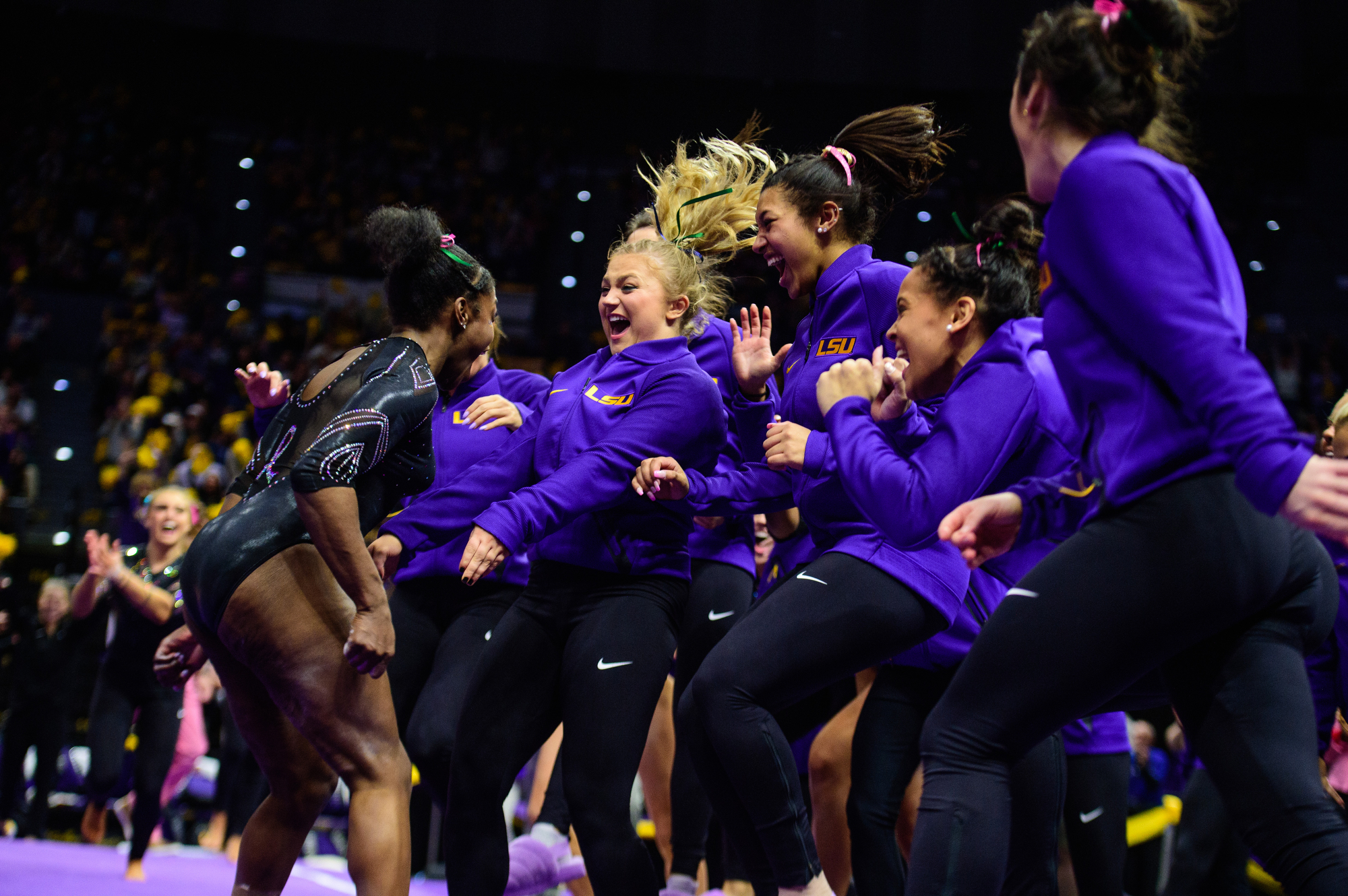 GAINESVILLE, Fla. – The No.5 LSU gymnastics team scored a 197.825 in a loss to No. 4 Florida Friday night at Exactech Arena.

“I was proud of our resiliency today,” head coach Jay Clark said. “It was a crazy environment and our team really responded when they need to. We know how hard it is to win at Florida, but we leave with a really strong road score. We’ll take a couple days off and get back in the gym before a tough stretch next weekend with two meets.”

The squad opened the night on bars with a 49.425. Kiya Johnson and Kai Rivers each scored a 9.825. Olivia Dunne posted a 9.90 in the third spot and she was followed by Haleigh Bryant with a career high 9.95. Alyona Shchennikova scored a 9.85 and Sami Durante anchored with a 9.90.

The floor lineup earned a 49.450 to tie things going into the final rotation. Christina Desiderio opened with a 9.90 and Alyona Shchennikova scored a 9.85. KJ Johnson matched her career high once again with a 9.95 and Aleah Finnegan set a new high with a 9.90. Kiya Johnson anchored the floor lineup with a 9.85.

In the final rotation, LSU showed poise in a raucous environment to score a 49.475. Desiderio, Bridget Dean and Aleah Finnegan all scored a 9.875. Rivers entered the lineup for an injured Bryant in the fifth spot and scored a 9.90. Johnson wrapped up the night with a 9.95 to set a season high.

LSU returns home for the start of a double weekend. The Tigers face off against Alabama at 8 p.m. CT Friday in the PMAC. The squad then travels to take on Missouri and Arkansas in a rescheduled meet on Sunday in Columbia, Missouri.