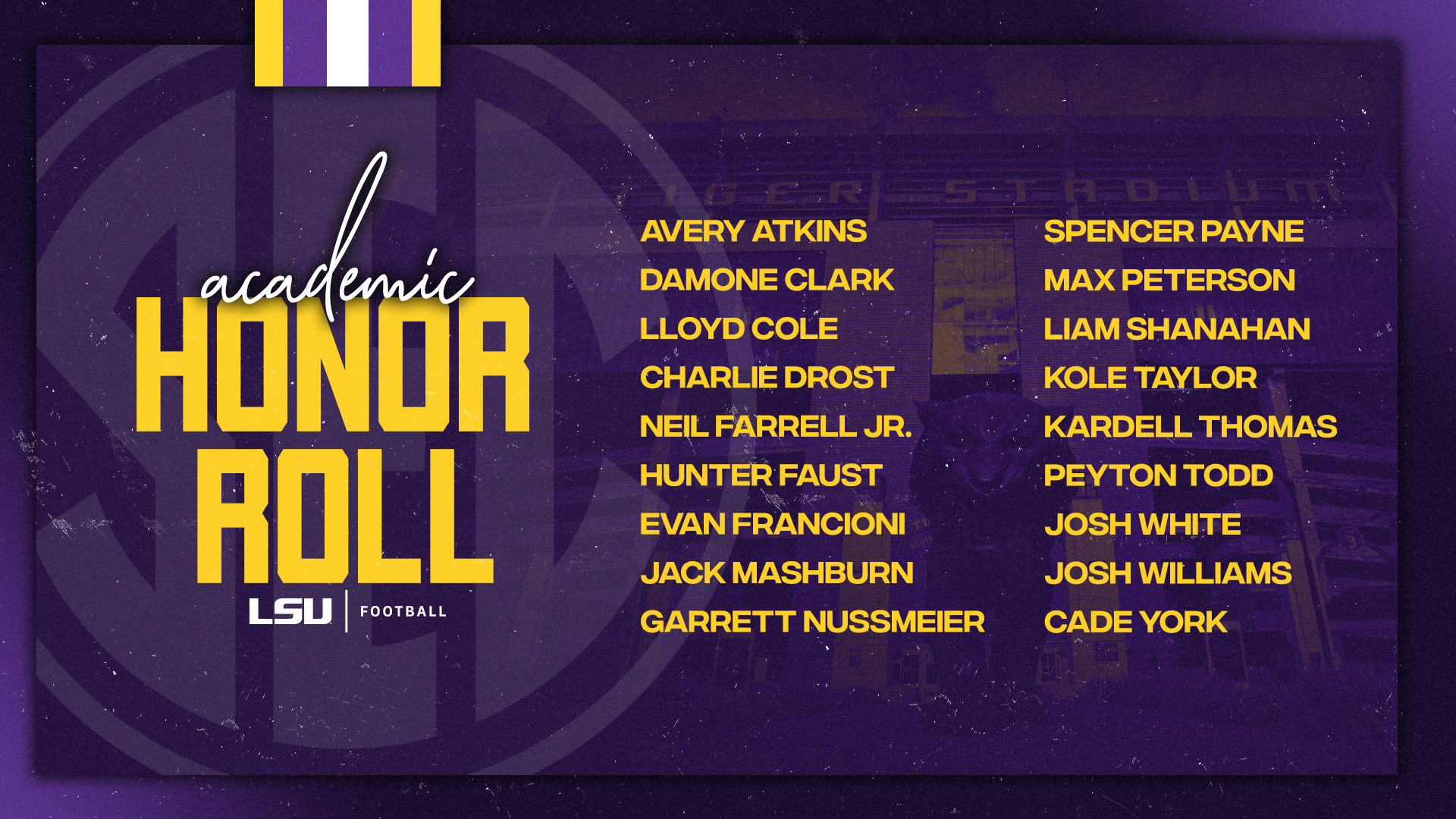 The 2021 Fall SEC Academic Honor Roll includes the sports of cross country,
football, soccer and volleyball. It is based on grades from the 2021 Spring, Summer
and Fall terms.

Those student-athletes selected to the SEC Academic Honor Roll must have maintained a 3.0 grade point average for the preceding academic year or have a cumulative average of at least a 3.0.

Kickoff specialist/punter Avery Atkins earned a spot on the list for the fourth time in his career, while defensive back Lloyd Cole became a three-time SEC Academic Honor Roll selection. All-America kicker Cade York made the honor roll for the second straight year.