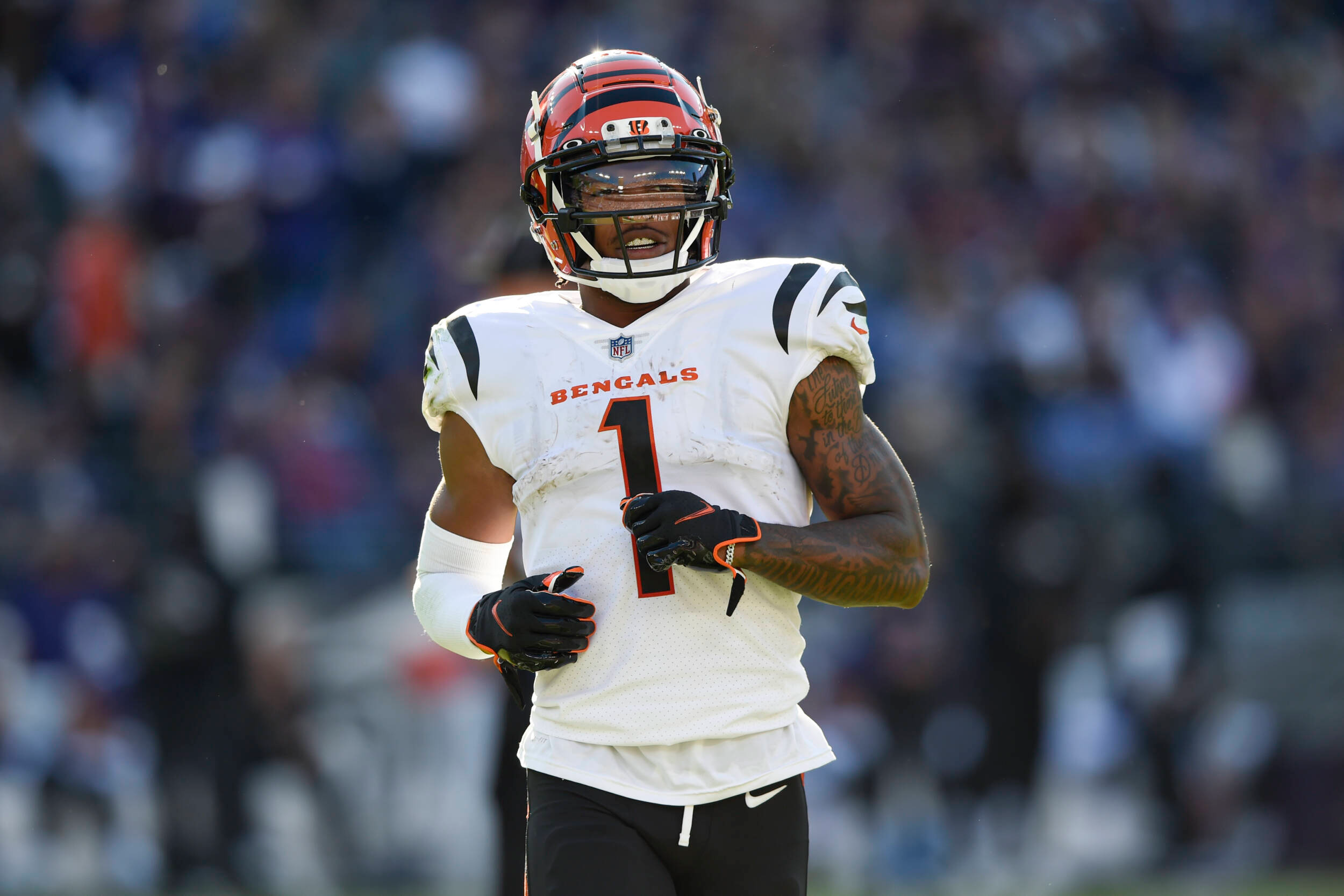 BATON ROUGE – Ja’Marr Chase, the record-setting LSU receiver, has been named the NFL’s Offensive Rookie of the Year by the Associated Press, the organization announced on Thursday night.

In his first season in the league, Chase, along with fellow LSU teammate Joe Burrow, has helped the Bengals reach the Super Bowl for the just the third time in franchise history.

In the 17-game regular season, Chase started all 17 games for the Bengals, catching 81 passes for 1,455 yards and 13 touchdowns. He added 20 receptions for 279 yards and a touchdown in the playoffs.

In addition to his franchise marks, Chase set NFL records for most receiving yards by a rookie in a game (266 vs. Kansas City on Jan. 2) and for receiving yards in the postseason with 279.

He also became the youngest NFL player with multiple 100-yard receiving games in postseason history and for most combined receiving yards (regular season and postseason) by a rookie with 1,734. Chase had 116 yards in the Bengals win over the Raiders in the wild card round of the playoffs and then followed that with 109 yards in the victory over the Titans.

The NFL Offensive Rookie of the Year honor caps an award-filled season for Chase as he was also named to the Pro Bowl, earned second team All-Pro and was selected to the All-Rookie team by the Pro Football Writers Association.

In two years at LSU, Chase helped the Tigers to an undefeated 15-0 season and the national championship in 2019. He was named the winner of the Biletnikoff Award in 2019 as the top receiver in college football as well as earning consensus All-America honors after catching 84 passes for an SEC record 1,780 and 20 touchdowns.

The Chosen One. @Real10jayy__ is the Offensive Rookie of the Year. pic.twitter.com/5EPnCi1nOi