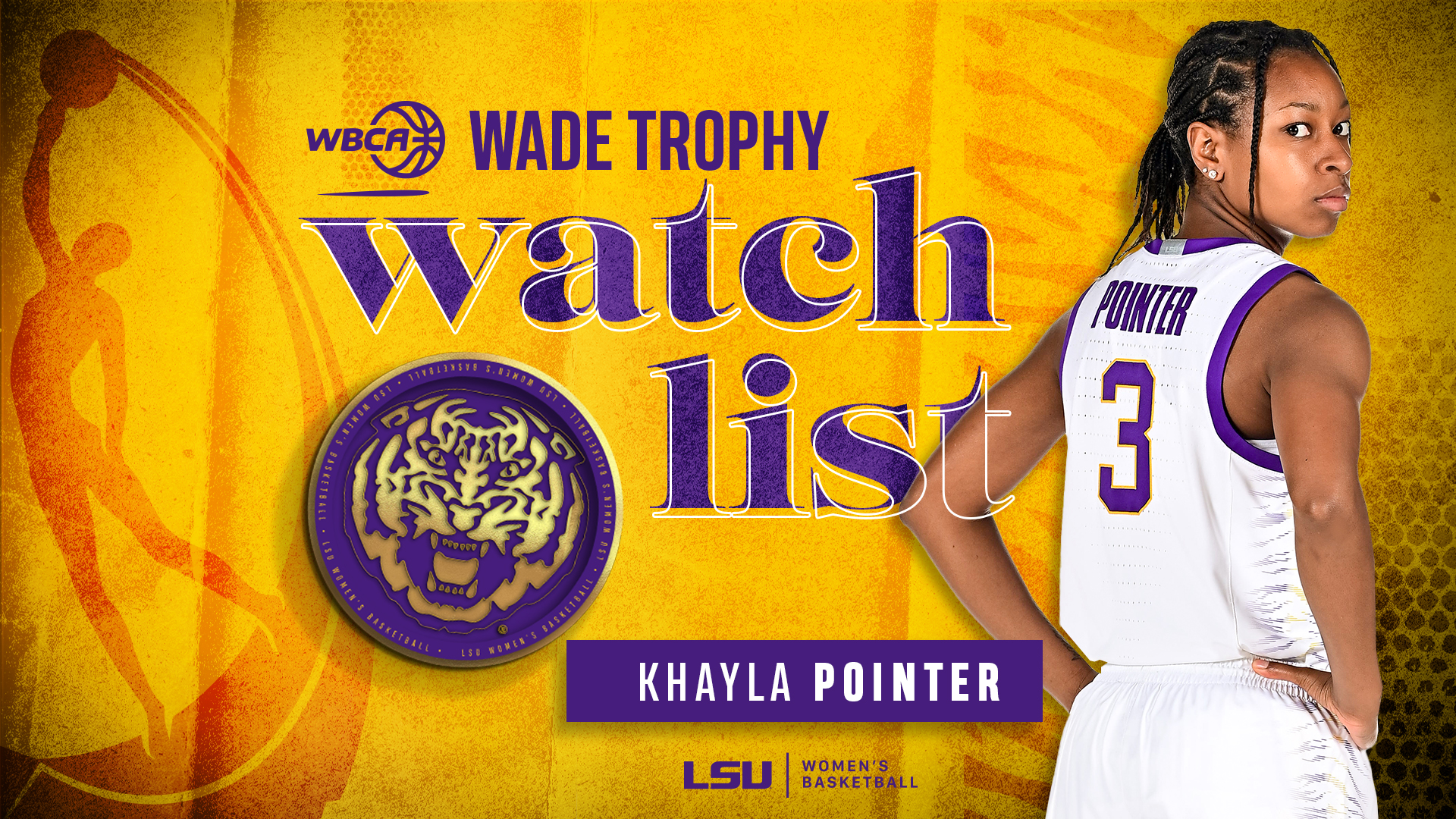 ATLANTA – LSU’s Khayla Pointer was added to the midseason watchlist for the Wade Trophy on Wednesday by the WBCA Division I Coaches’ All-America Selection Committee.

Pointer was one of seven midseason additions to the watchlist after not being listed on the preseason watchlist. The LSU guard has garnered attention as one of the nation’s elite players, also being named this week to watchlists for the Nancy Lieberman Award, the Dawn Staley Award and the Naismith Trophy. In Coach Kim Mulkey’s first season at LSU, Pointer has shined and the Tigers are 19-4 (7-3 SEC) with a home matchup on Thursday at 7:30 p.m. CT against Georgia in a Top-20 matchup on the SEC Network.

The Wade Trophy — now in its 45th year — is the oldest and most prestigious national player of the year award in college women’s basketball. It is named in honor of the late, legendary Delta State University head coach Lily Margaret Wade, who won three consecutive national championships with the Lady Statesmen. First awarded in 1978 by the American Alliance for Health, Physical Education, Recreation and Dance (AAHPERD), now known as SHAPE America, the Wade Trophy has been presented to the WBCA NCAA Division I National Player of the Year since 2001. This is the first year that freshmen players are eligible for the award. However, no freshmen are on the Wade Watch list.

The WBCA will announce the four finalists for the honor in mid-March. The winner of the 2022 Wade Trophy will be announced in late March or early April on a date to be determined.