No. 14 LSU Welcomes No. 17 Georgia To PMAC Thursday Night 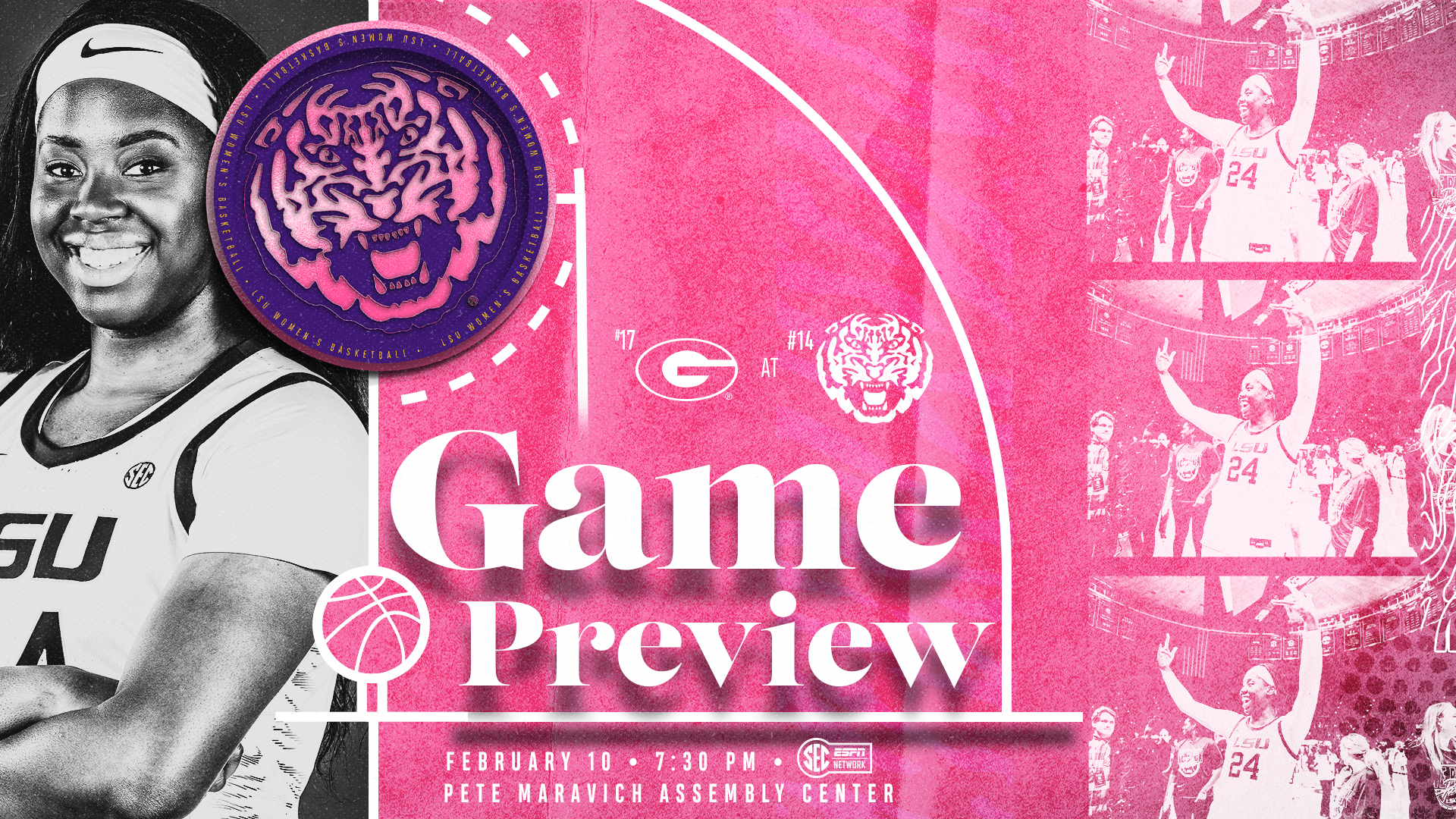 “We rely on getting to the rim, getting to the paint and post touches,” said Head Coach Kim Mulkey. “They’re (Georgia) pretty much the same way. They’re a man-to-man team like we are although they did go to that 3-2 when we were playing them so we’ll be more prepared for that than we were when we first played them.”

With three weeks remaining in the season, LSU and Georgia are both in a position to compete and finish as high as No. 2 in the conference. The Tigers are back in action after a road win Monday at Ole Miss where Khayla Pointer had her second triple-double of the season and Faustine Aifuwa had a double-double.

“These kids have a sense of urgency,” Coach Mulkey said of her seniors. “Time is winding down for them. They’ve got six more regular season games. A chance to really do something that I don’t know anyone really thought could be done and that’s to host the first and second rounds.”

Thursday’s game will air on the SEC Network with Courtney Lyle and Christy Thomaskutty. Fans can also listen to the game on the LSU Sports Radio Network, 107.3 FM in Baton Rouge.

Sylvia Fowles will be honored on the court prior to the game and fans should plan to be in their seat by 7:15 p.m. to enjoy the celebration. Thursday’s game will also serve as LSU’s Play4Kay game in honor of breast cancer awareness.

“Sylvia Fowles is legendary, not just here at LSU, but in the game of women’s basketball,” Coach Mulkey said. “What has she not done? She was a big-time player here. Won some SEC Championships. She goes to the WNBA. She has Olympic Gold Medals.”

The Bulldogs will be looking for revenges after LSU and Georgia matched up on December 30 to begin the SEC season and the Tigers left Athens with a 68-62 victory. After a few fourth quarter miscues, Khayla Pointer responded with two clutch threes late in the game to help the Tigers start conference play with a win. Pointer finished with 21 points and Faustine Aifuwa had 17 points and 9 rebounds. Georgia’s Que Morrison had a game-high 26 points and largely kept Georgia in the game. The Bulldogs were playing without post player Jenna Staiti, their leading scorer.

“Just like if we were missing a piece to our puzzle, it would affect us, and I’m sure if affected them,” Coach Mulkey said of Staiti’s absence in the first matchup. “Now we’re not going to apologize and give them the victory back, but they’re good. They’re in the middle of the pack like all of us. It’s South Carolina and everybody else.”

Staiti scores 15.1 points per game and Morrison average 14.3 for a Georgia offense that scores 70.8 points per game. LSU and Georgia have the No. 2 and 3 scorning margins, respectively, in the SEC and both teams rank in the top four in the conference when it comes to shooting percentage, field goal percentage defense, rebounding margin and assists.