Vote By Thursday At Noon For 'Greatest Game in The PMAC' 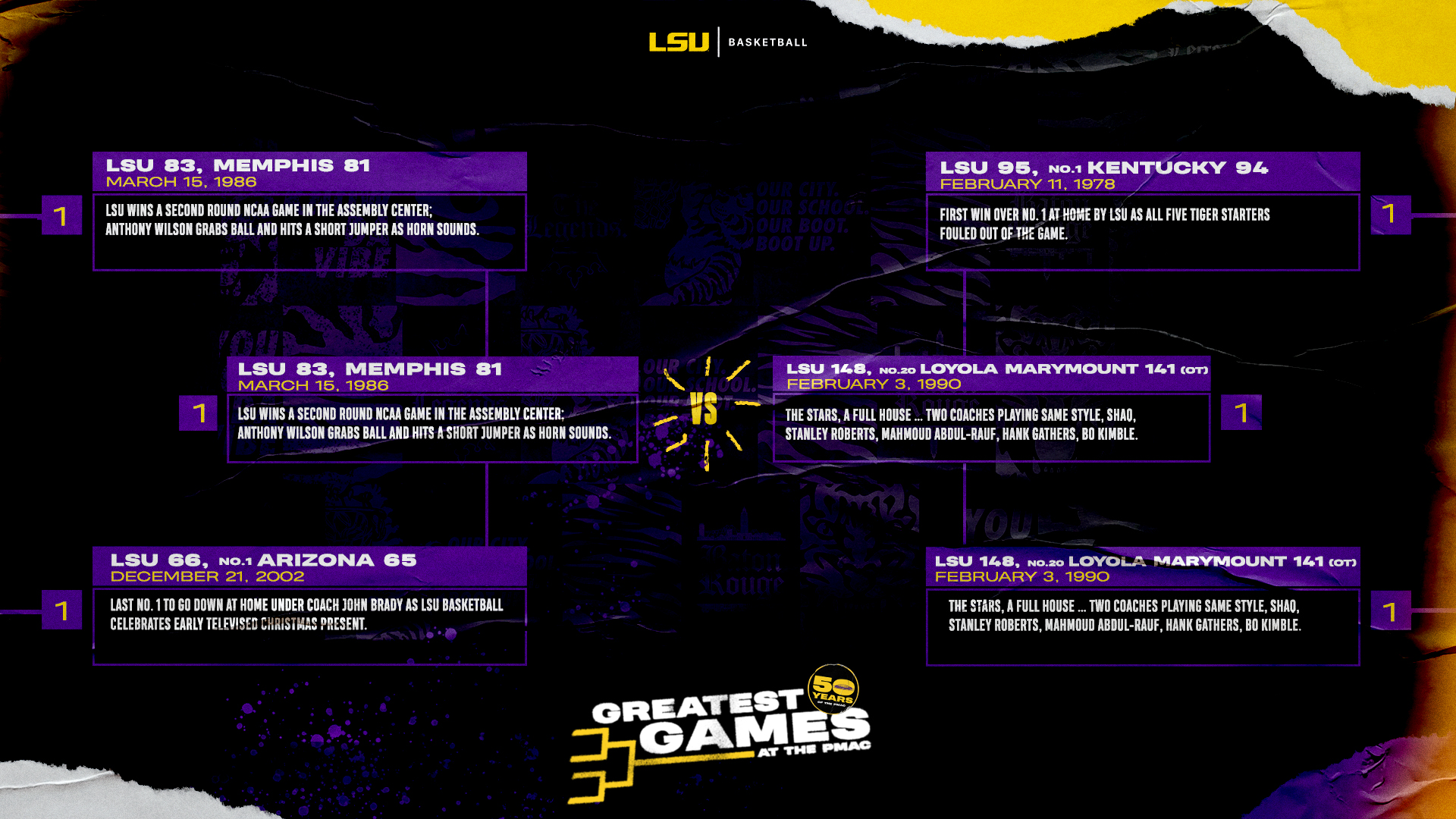 BATON ROUGE – Thirty matchups are complete and just two remain in the hunt for the “Greatest Game of the First 50 Years of the LSU/Pete Maravich Assembly Center”.

LSU fans, voting on the LSU Sports Mobile App, have voted since the start of the 2021-22 basketball season on a 32-slot NCAA bracket that featured the best LSU games in the venue since 1972 through last season. It has now come down to the two remaining No. 1 seeds from 1986 and 1990.

Fans have until Thursday, Feb. 10, at noon CT to vote for their selection. The greatest game will be announced at halftime of the Feb. 12 game versus Mississippi State at the Maravich Center.

Who would believe LSU, as an 11 seed would get to host NCAA Tournament games in their own venue (it would be the last time it happened)? More incredibly, who would believe the Tigers would defeat Purdue in double overtime to get to the second-round game with Memphis? Memphis was the third seed.

Anthony Wilson’s buzzer beater capped an improbable LSU comeback that enabled the Tigers to reach to Sweet 16. Memphis had tied the game with 30 seconds left and LSU had the last chance. Don Redden missed a jumper with five seconds left that caromed off the rim and then fell to the floor.

There was a dash for the rebound as everyone tried to get a handle on the ball. Wilson was able to come up with I and get off the game-winning shot that hunt on the rim as pandemonium broke out in the Assembly Center.

Loyola Marymount came into the game with a unique style of play, averaging 121 points a game. In this made-for-TV contest that was a break in the SEC schedule Dale Brown decided that he was going to play the same running style and see what happens. What happens was a game that had fans roaring in a packed “Deaf Dome.”

The pace of the game was so fast the play-by-play typewriter malfunctioned and had to be replaced in the first half.