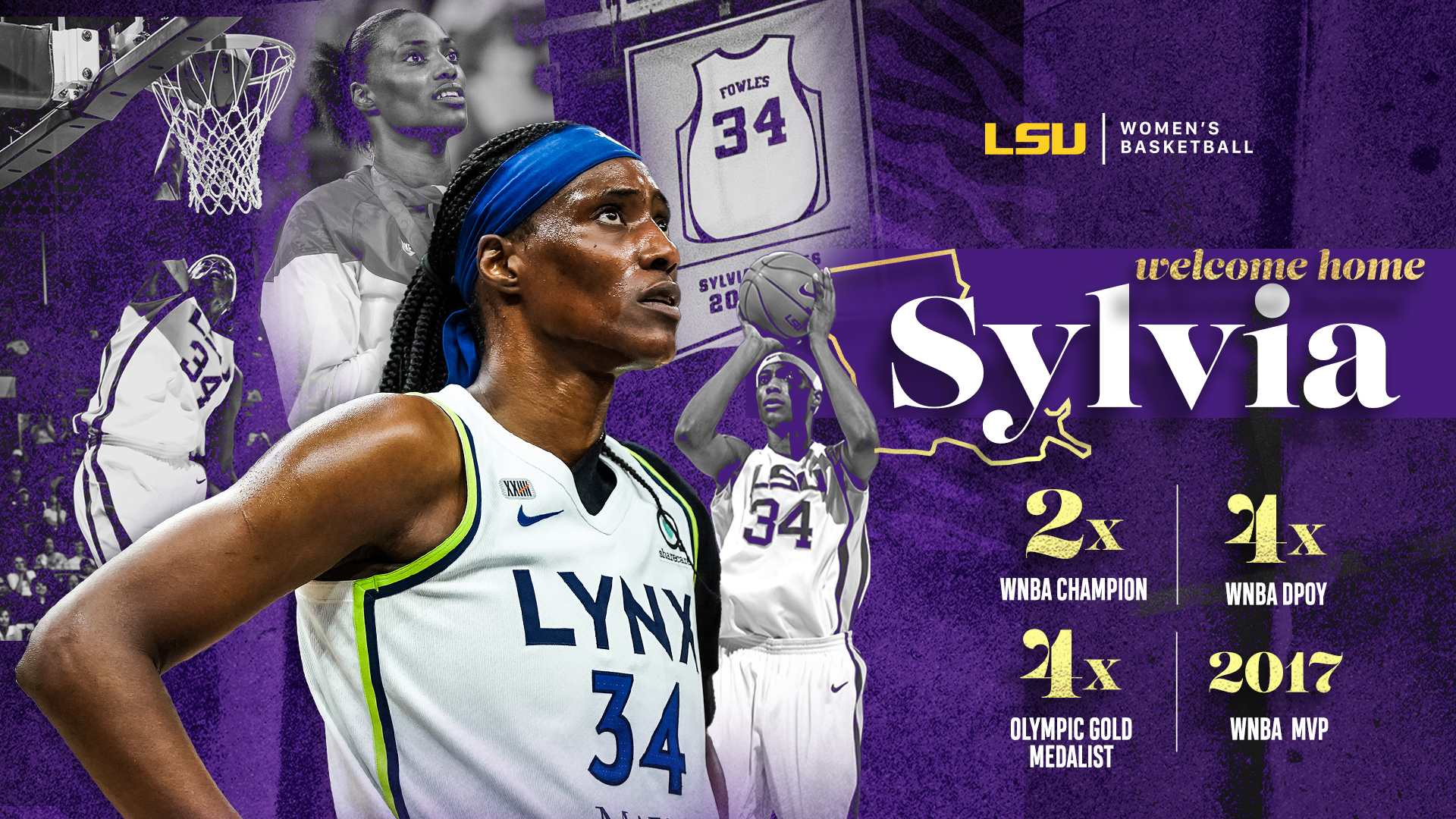 BATON ROUGE – Sylvia Fowles will attend Thursday’s Top-20 matchup against Georgia in the PMAC and she will be recognized on the court prior to tipoff. Fans should be in their seats by 7:15 p.m. CT for the presentation.

Fowles announced last week that the upcoming WNBA season with the Minnesota Lynx will be her last. She will ultimately go down as one of the greatest players to play the game as one of the best centers in women’s basketball history. She has enjoyed success on every stage.

Following her record-setting LSU career, Fowles was drafted No. 2 overall in the 2008 WNBA Draft by the Chicago Sky and she went on to earn WNBA Rookie of the Year. She played in Chicago for seven seasons before joining the Minnesota Lynx in 2015, teaming back up with LSU teammate Seimone Augustus. The Lynx won the WNBA Championship her first season there and Fowles was named WNBA Finals MVP. Two years later, Fowles earned WNBA MVP honors and led Minnesota to its second WNBA Championship. Fowles was once again named WNBA Finals MVP. The 13-year WNBA veteran will enter her final season as a four-time WNBA Defensive Player of the Year, a seven-time WNBA All-Star, a seven-time WNBA All-Defensive First-Team selection, and a three-time All-WNBA First-Team selection. Last year she was named to the WNBA 25th Anniversary Team.

Fowles has also shined on the world stage, leading Team USA to an impressive run winning the past four Olympic Gold Medals.