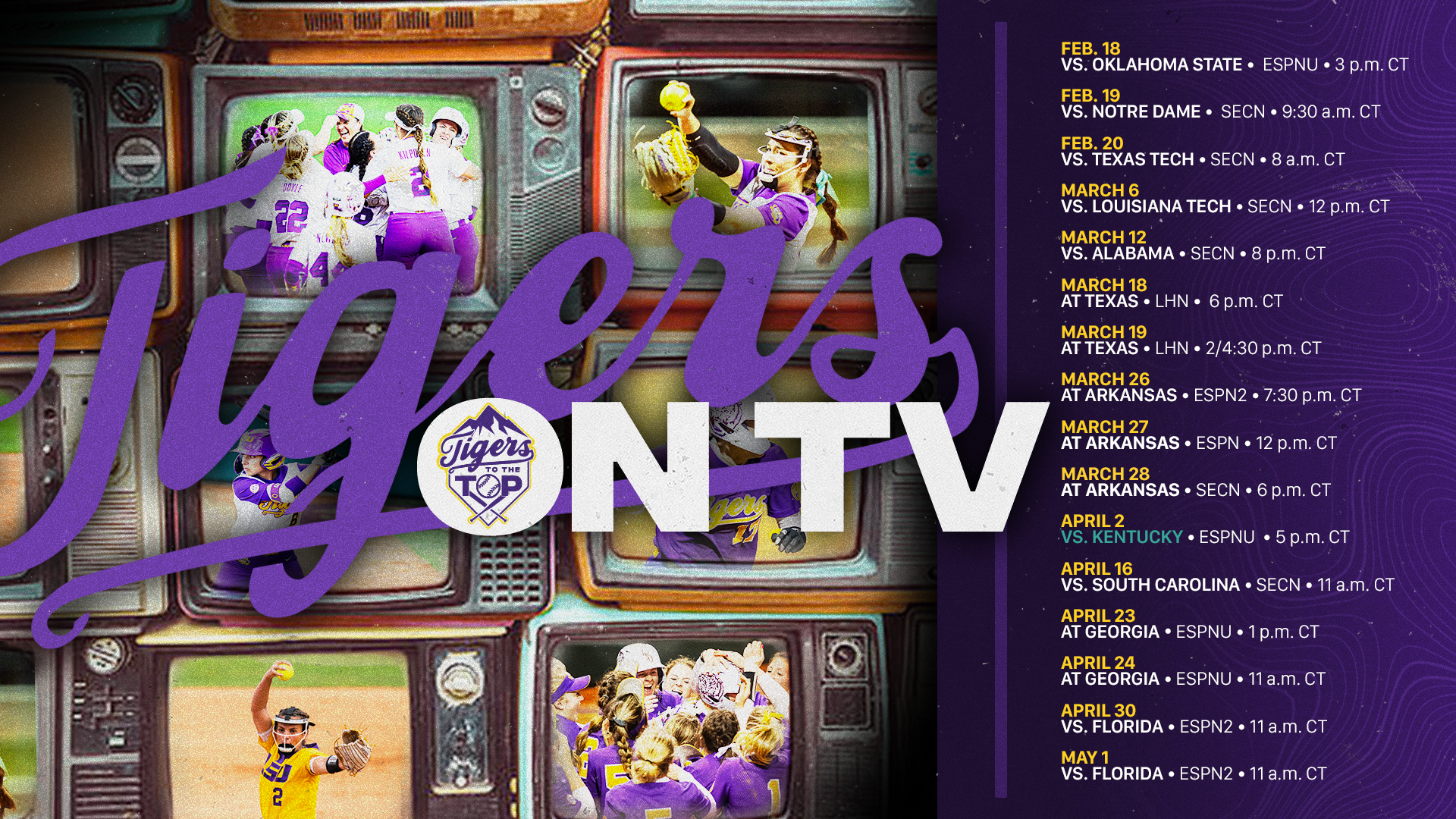 BIRMINGHAM, Ala. – The 2022 SEC softball television schedule was announced Tuesday. The LSU softball team will have 17 nationally televised games during the regular season.

SEC softball programs will be featured on over 90 broadcasts across ESPN networks this season. Specifically, the SEC Network is slated for nearly 60 games featuring the conference’s 13 softball teams as well as live coverage of the 2022 SEC Softball Tournament on May 10-14 in Gainesville, Fla. New this year is T-Mobile’s presenting sponsorship for softball on SEC Network. The late afternoon games on Saturday and Sunday during the regular season as well as the SE Softball Tournament will be presented by the Un-carrier.

LSU will have a total of six games played on SEC Network (SECN), four on ESPNU, three on ESPN2, three games on the Longhorn Network (LHN) and one on ESPN. Six of the 17 televised contests will be played at Tiger Park.

The Tigers first TV game of the season will be on ESPNU against Oklahoma State at 3 p.m. CT on Feb. 18 to start the St. Pete Clearwater Elite Invitational. LSU will conclude the weekend with a pair of SECN games against Notre Dame (9:30 a.m. CT, Feb. 19) and Texas Tech (8 a.m. CT, Feb. 20).

LSU will have their first home televised game at noon CT on March 6 against Louisiana Tech on SECN. The Tigers will open their SEC schedule against Alabama with the 6 p.m. game on March 12 airing on SECN presented by T-Mobile.

LSU’s third televised home game will be April 2 on ESPNU at 5 p.m. CT against Kentucky in the annual Strikeout Ovarian Cancer teal game and SEC’s All for Alex campaign.

The Purple and Gold will play on SECN for the final time in the regular season at 11 a.m. CT April 16 when they host South Carolina before playing the final two of their three-game series at Georgia (April 23-24) on ESPNU.

The Tigers TV schedule concludes with two games on ESPN2 against Florida on April 30 and May 1. Both games will be played at 11 a.m. CT.

Any games picked up or changed from streaming to a television network will be announced closer to the date of the contest.