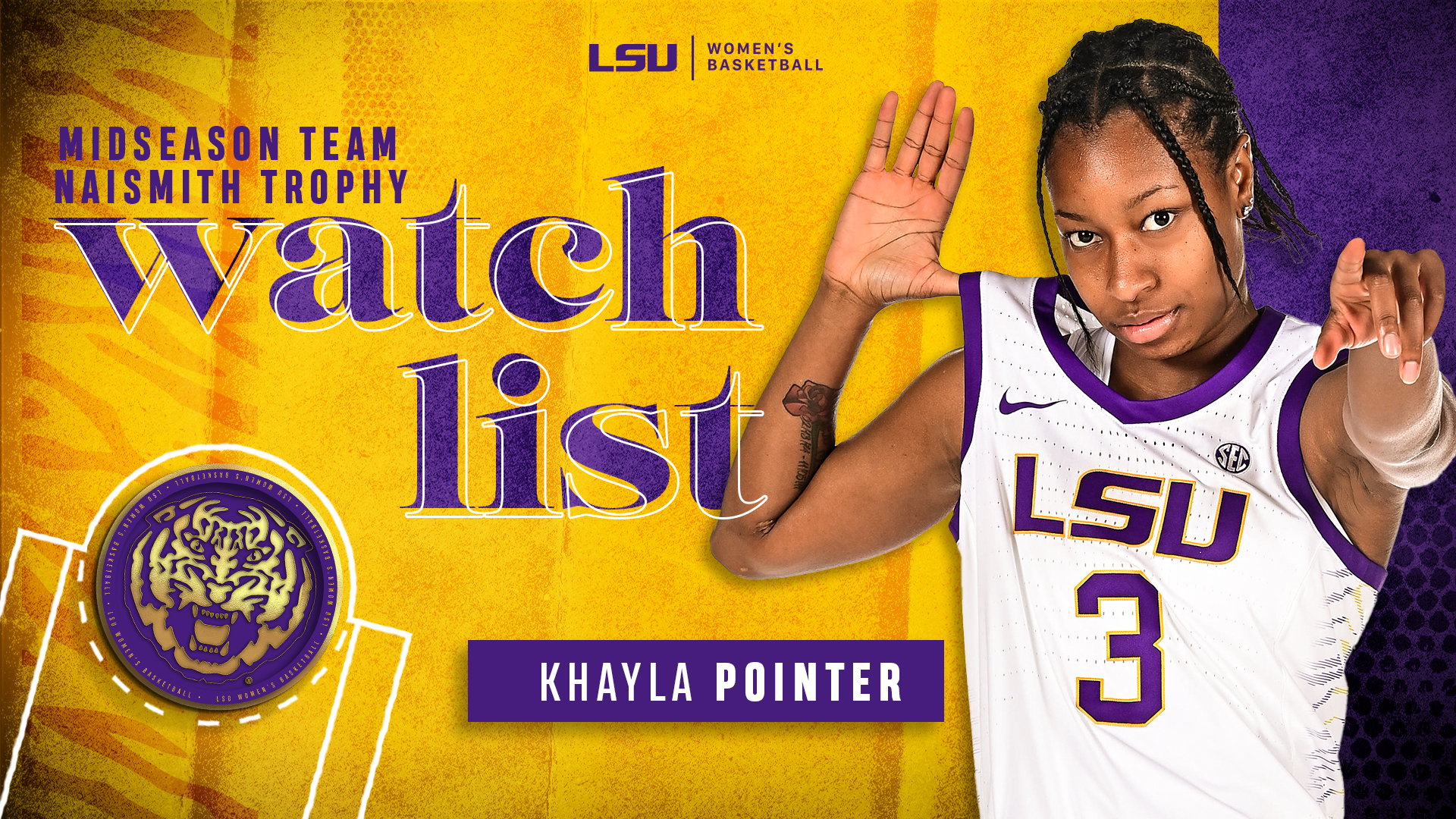 BATON ROUGE – LSU’s Khayla Pointer was named as one of the top players in the country Tuesday as one of 30 players on the midseason watchlist for the Naismith National Player of the Year Trophy.

Pointer is also on the watchlist for the Dawn Staley Award and the Nancy Lieberman Award as one of the nation’s top guards. She is coming off a triple-double performance during Monday’s win at Ole Miss – her second triple-double of the season.

Teaming up with first-year LSU Head Coach Kim Mulkey, Pointer has led LSU to new heights. With seven games remaining in the regular season, LSU will have the opportunity to earn one of the Top-16 seeds in the NCAA Tournament which would allow the Tigers to host first and second rounds games in the PMAC.