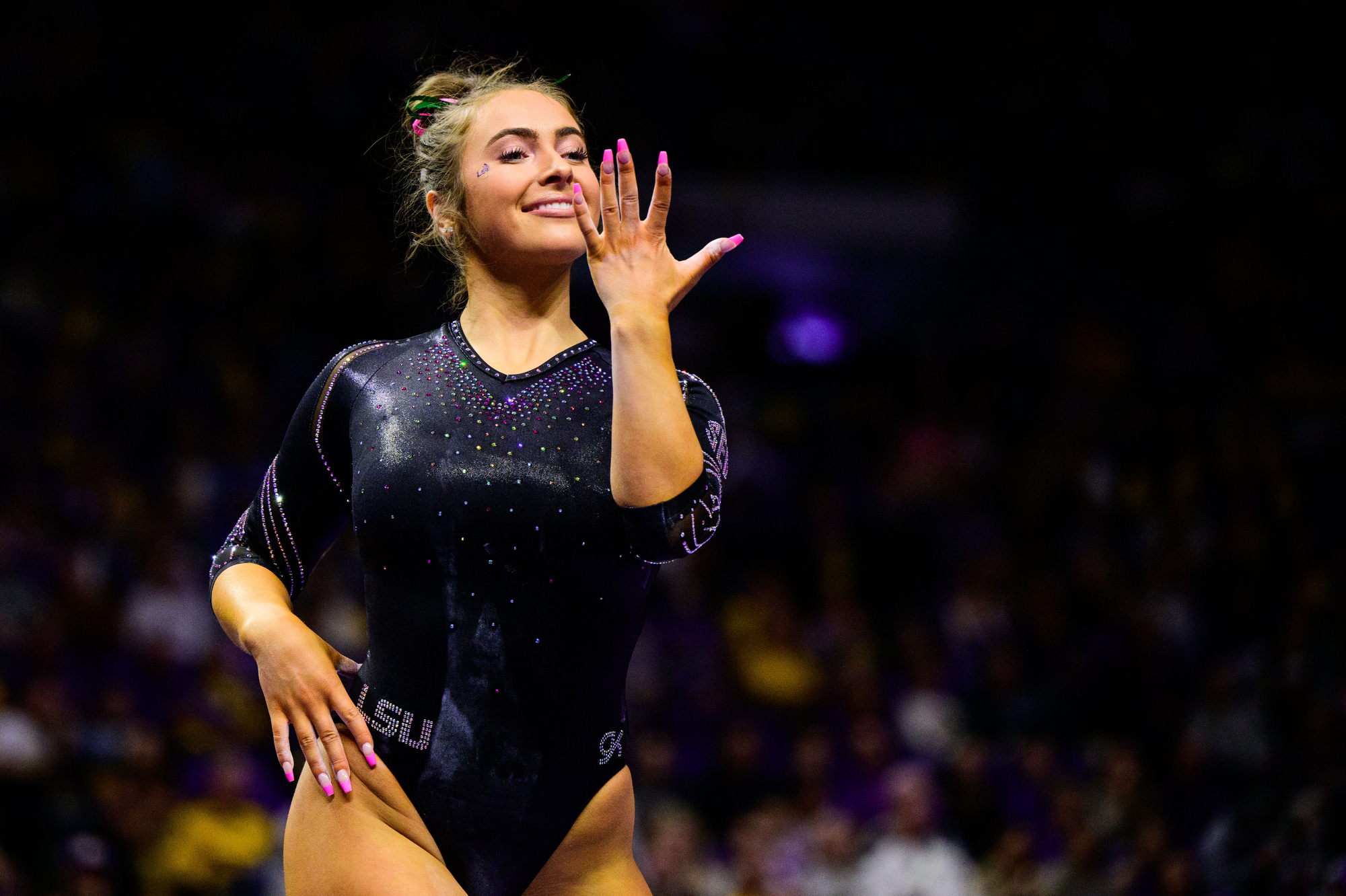 BATON ROUGE – Senior gymnast Christina Desiderio has been named the Southeastern Conference Specialist of the Week after her career day to help LSU to a thrilling win over Auburn, the league office announced.

The best leadoff performer in the country, Desiderio put together the best meet of her career to set the table for LSU’s beam and floor lineups. She started the beam lineup with a season-high 9.925 to help the squad to a season-highest beam team score.

In the final rotation with the meet tied up, Desiderio set the table by smashing her career high on floor with a 9.95, which bested her previous high of 9.90. She led off the group that set the highest floor score in school history with a 49.775

The award marked the second of her five-year career in Baton Rouge. She was named the SEC Freshman of the Week following record performances at GymQuarters and against Texas Woman’s.

Desiderio and the fifth-ranked Tigers return to action at 5 p.m. CT Friday at No. 4 Florida. The meet will be televised live on SEC Network.