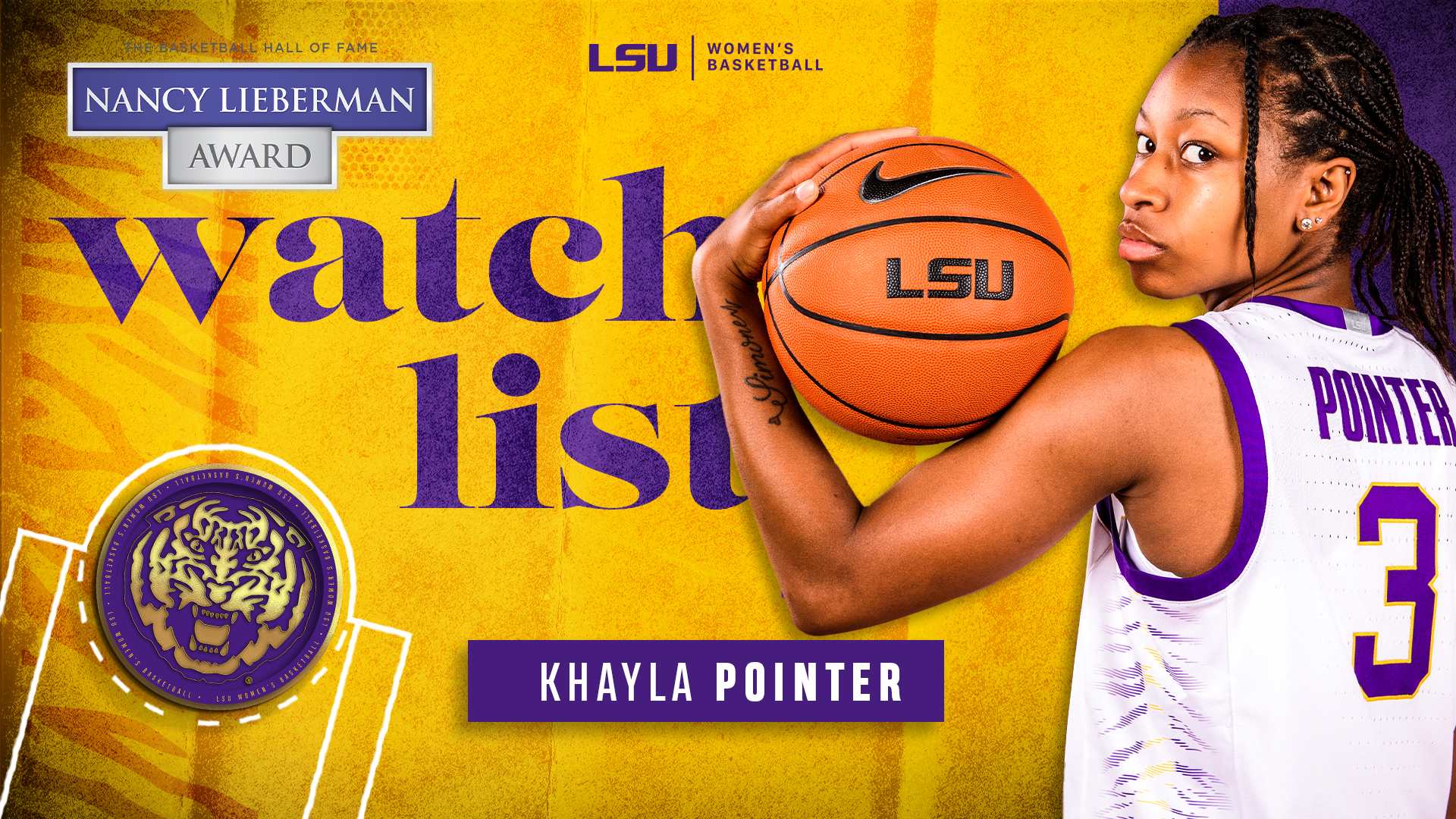 SPRINGFIELD, Mass. – LSU’s Khayla Pointer was named on the Nancy Lieberman Award Watchlist Monday by the Naismith Basketball Hall of Fame as one of the Top-10 point guards across the country in women’s basketball.

Pointer has played herself into contention for the award after not being mentioned on the preseason watchlist. Now in its 23rd year, the award recognizes the top point guard in women’s NCAA Division I college basketball. To be considered for this prestigious award, candidates exhibit the floor leadership, playmaking and ball-handling skills of Class of 1996 Hall-of-Famer Nancy Lieberman.

Fans are encouraged to participate in fan voting once the watchlist is released for each position, which will help determine the five finalists that will be announced later in February. In March those finalists will be presented to Ms. Lieberman and the Hall of Fame’s selection committee where a winner will be selected.

Teaming up with first-year LSU Head Coach Kim Mulkey, Pointer has led LSU to new heights. With seven games remaining in the regular season, LSU will have the opportunity to earn one of the Top-16 seeds in the NCAA Tournament which would allow the Tigers to host first and second rounds games in the PMAC.

The winner of the 2022 Nancy Lieberman Award will be presented on a to be determined date, along with the other four members of the Women’s Starting Five. Additional awards being presented include the Ann Meyers Drysdale Shooting Guard Award, the Cheryl Miller Small Forward Award, the Katrina McClain Power Forward Award and the Lisa Leslie Center Award, in addition to the Men’s Starting Five.