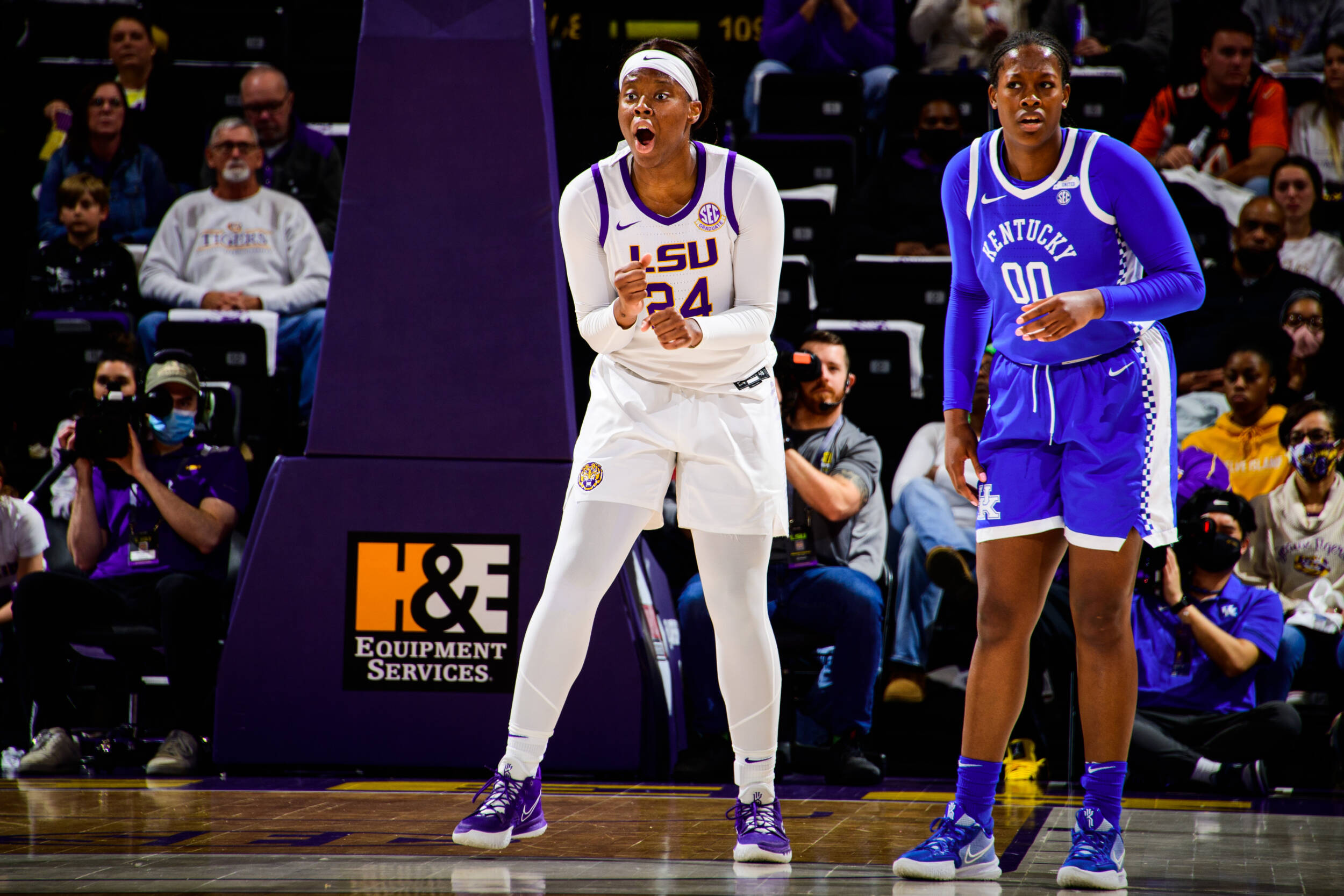 OXFORD, Miss. – The No. 14 LSU Tigers fought hard for a crucial SEC road win as they defeated the Ole Miss Rebels tonight by a score of 68-64.

Khayla Pointer notched her second triple-double of the year as she finished with 16 points, 11 rebounds, and 10 assists. She joins Cornelia Gayden as the only player in LSU history with two triple-doubles.

“Any win on the road is good,” said Head Coach Kim Mulkey. “But this one was especially big because of the timing of it.”

Ole Miss, coming off a big road win on Thursday at Missouri, was led in scoring by guard Angel Baker, who finished with 20 points on the evening. The Tigers held Shakira Austin, one of the conference’s premiere players, to just 11 points.The Tigers will return to the floor on Thursday, February 10th for a Top-20 matchup with the No. 17 Georgia Bulldogs at 7:30 p.m. CT in the PMAC. The contest will be televised on SEC Network.

“I hope it will be a huge crowd,” Coach Mulkey said. “I will be disappointed if it is not a huge crowd.”

LSU went on a 8-0 run with four starters making shots after Ole Miss scored the first basket of the game. The Tigers missed their next six shots as Ole Miss went on a 7-0 run to take a 9-8 lead before Cherry, becoming the fifth LSU starter to score in the opening quarter and ending the Ole Miss run. LSU went on to take a 12-9 lead into the media timeout and Hannah Gusters became the sixth Tiger to score in the quarter to give LSU a 14-9 lead after one. LSU held Austin scoreless in the quarter.

Pointer found Aifuwa for the first points of the second quarter and then Austin hit a turnaround baseline jumper for her first points of the evening. Pointer connected with Faus for the third time of the game at the 5:45 mark in the second quarter to extend LSU’s lead to double figures, 21-11. Ole Miss had made it a four-point game, but Morris ended the Rebel run with 2:29 remaining in the half. LSU went into the half with a 27-23 lead and the Tigers held Austin to 2 first half points.

Ole Miss tied the game after scoring the first four points of the third quarter before Cherry got LSU on the board. The Tigers went back up 5 after Morris found Aifuwa on a pick-and-roll and she made the basket and finished the and-one. After Pointer sank 2 free throws with 4:02 left in the quarter LSU led by nine, but Ole Miss responded with a three pointer. LSU forced turnovers on two straight possessions and turned its defense into offense, building its lead to 49-38. The Tigers carried a 51-44 lead into the fourth quarter. In the third, LSU drew 8 fouls and made 13 free throws.

By the 5:20 mark of the final quarter, LSU had built its largest lead of the game, 59-47, after two straight buckets from Aifuwa. After five straight Ole Miss points, Morris took LSU’s first three attempt of the game and she made it from the right wing to put LSU back up 10. Ole Miss punched back though and brought it back within 5 with 1:37 remaining in the game. Austin brought it within three with less than 40 seconds remaining, but Pointer made it a four-point game after making a free throw.