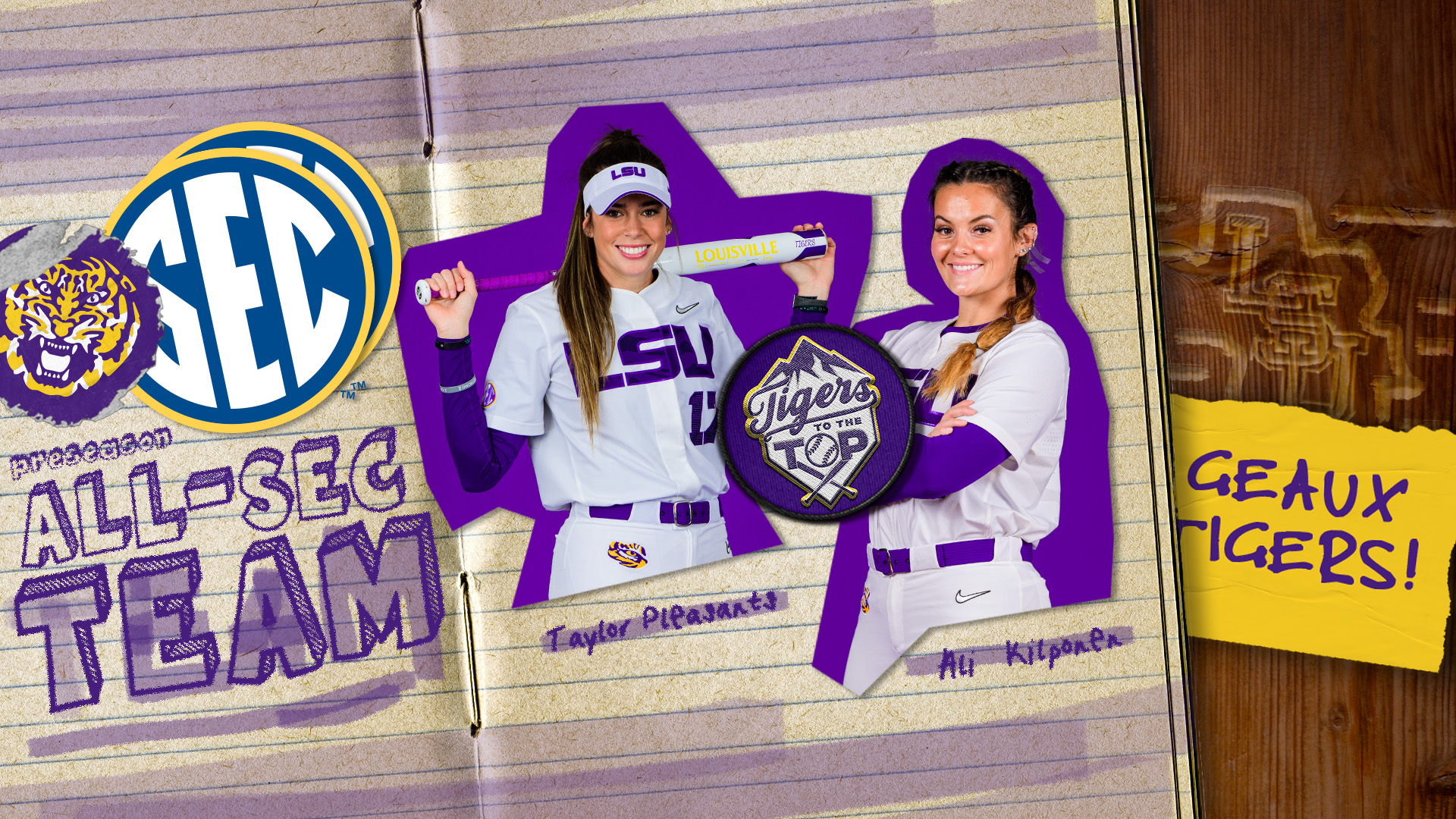 The Preseason All-SEC Softball Team is voted on by the league’s head coaches and consists of a minimum of 21 players with no ties broken.

The Tigers are one of eight SEC schools with multiple student-athletes listed. After Florida and Missouri with three players each, LSU along with Alabama, Arkansas, Kentucky, Tennessee, and Texas A&M each have two student-athletes mentioned. Auburn, Georgia, and Mississippi State each have one student-athlete selected.

Kilponen paced the Tigers pitching staff and ranked 10th in the SEC last season with a 2.00 ERA and posted a 15-9 record in the circle. The Colorado native registered 124 strikeouts (No. 11 in the SEC) and held opposing batters to a .195 hitting percentage over 139.2 innings pitched. Kilponen logged 10 complete games, two saves and one shutout last season.

Pleasants, a 2021 All-SEC First Team selection and league Newcomer of the Year returns after turning in a .316 batting average with 56 hits, 49 RBI, 37 runs and a team-high 13 home runs last season. The Houston, Texas native has racked up several preseason awards, including being named to the USA Softball Top 50 “Watch List”.

LSU will open the 2022 season this weekend at its annual Tiger Classic Feb. 11-13 at Tiger Park. The Tigers will welcome South Alabama, Illinois, and Central Arkansas.