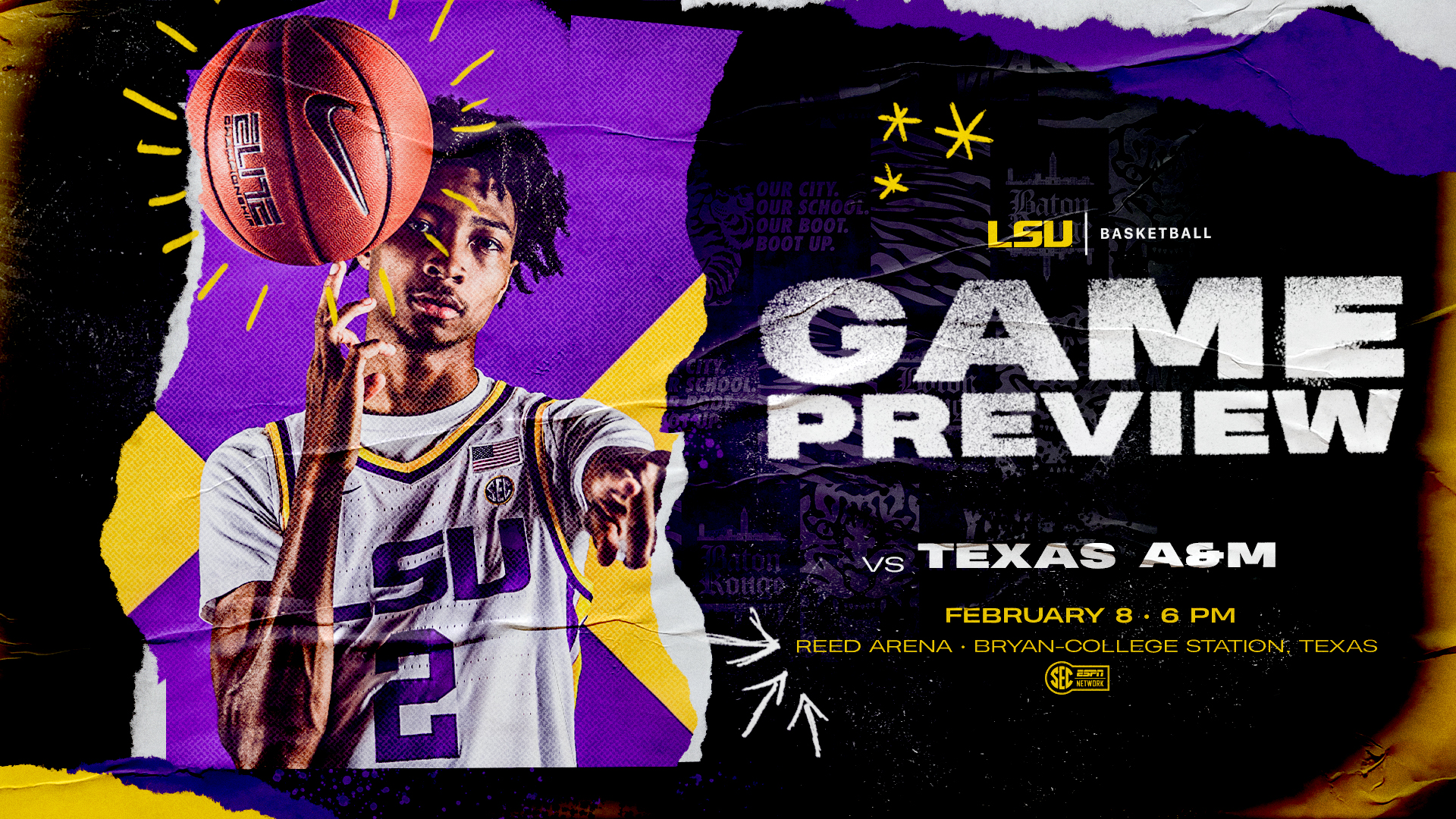 BATON ROUGE – It’s back on the road for the LSU men’s basketball team as they travel to Bryan-College Station to take on Texas A&M Tuesday night at 6 p.m. at Reed Arena.

The game will be broadcast on the affiliate of the LSU Sports Radio Network with the Voice of the Tigers Chris Blair and former head coach John Brady (Guaranty Media flagship affiliate Eagle 98.1 FM in BR). Kevin Fitzgerald and Carolyn Peck will have the television call on the SEC Network.

In the last two games, LSU has been unable to come back from big deficits rolled up by opponents in the first half. Ole Miss had a 24-point advantage before LSU was able to fight back to within a couple of points, while Vanderbilt had a 20-point first half lead that eventually LSU was able to use a 16-0 run to get back within five.

But LSU was unable to get all the way back in either game to get a chance to get the win.

LSU and Texas A&M played just two weeks ago with LSU winning by a 70-64 game. In that game, LSU finished on a 13-2 run and scored the last nine points to get that win after falling behind during the second half of that game.

Saturday against Vanderbilt, Darius Days had his third consecutive double double and became the first player to have three consecutive double figure rebound games since Emmitt Williams in December 2019 for LSU. He did not play in the first A&M game after suffering an ankle issue in the two games prior to that.

Xavier Pinson dressed but did not play after trying to come back against TCU and Ole Miss. The senior will be a game-time decision on Tuesday as he continues to rehab from his injury suffered a month ago.

Texas A&M is coming off a 70-66 loss to Missouri at home on Saturday. Quenton Jackson leads A&M in season scoring average at 13.1 points a game while Henry Coleman III averages 10.9 points a game for third-year Aggie Coach Buzz Williams.

LSU will return to the Maravich Center on Saturday at 7 p.m. for a game with Mississippi State and then will face Georgia on Wednesday, Feb. 16. Tickets for both games are available at LSUTix.net.

Ingrid Lindblad at the NCAA Championships
Skip To Main Content