No. 14 LSU at Ole Miss Monday on SEC Network 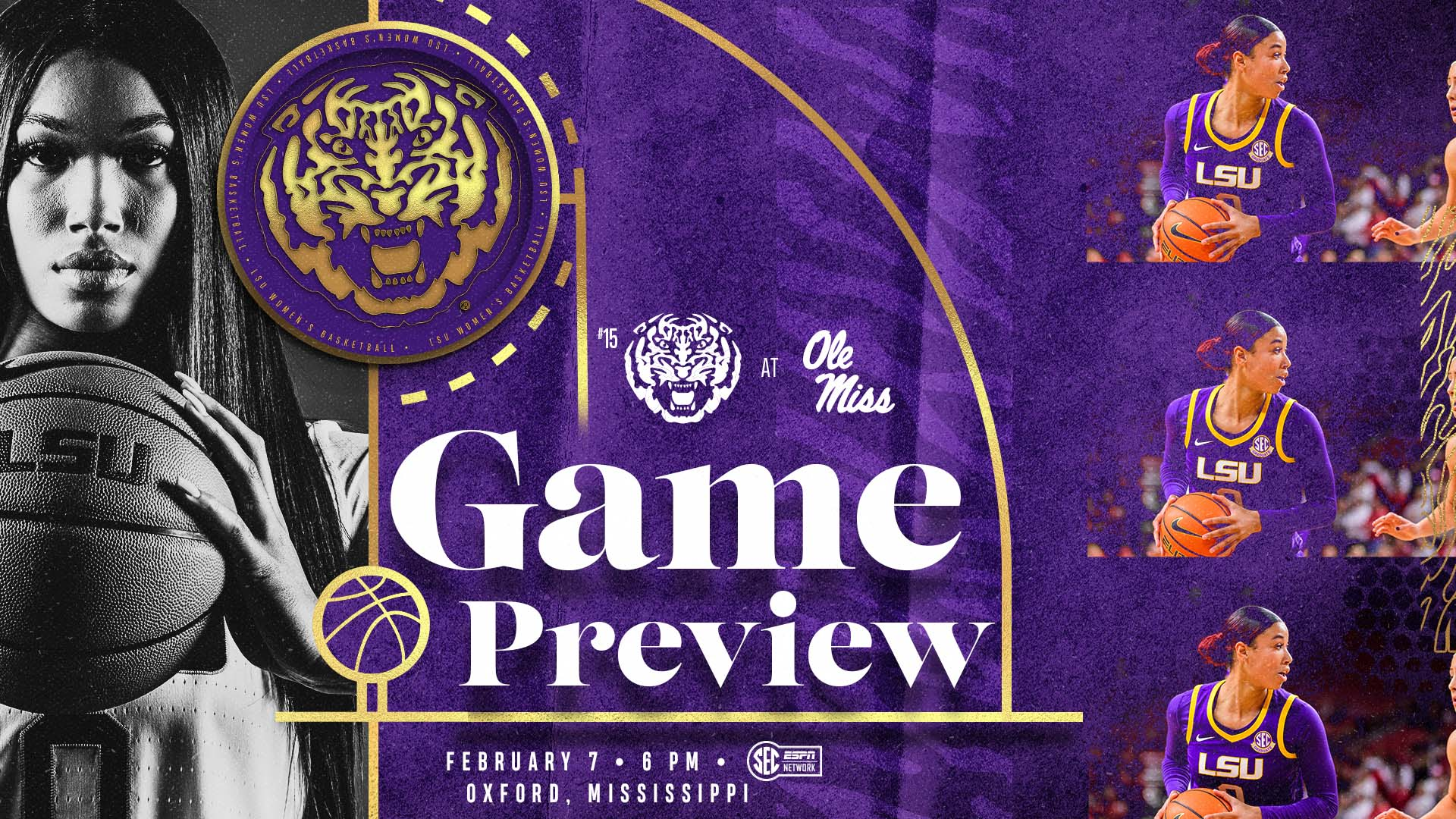 “I want them to be hungry now like they were when we started,” Head Coach Kim Mulkey said. “Don’t become content. We have not arrived as a program. We have had an outstanding season and let’s see what happens.”

With seven games remaining in the regular season, LSU and Ole Miss enter Monday’s game with identical overall and SEC records. LSU was off on Thursday but won last Sunday against Kentucky to end a two-game skid. Similarly, Ole Miss won its last game out on Thursday at Missouri after dropping its previous two games.

“We’re trying to, down the stretch, do something that hasn’t been done here in a long time,” said Coach Mulkey. “You’ve got to just be as hard-nosed, aggressive, tough, physical as you can be in man-to-man.”

Monday’s game will air in primetime on the SEC Network as the only SEC Women’s Basketball game of the night with Brenda Van Lengen and Aja Ellison on the call. Fans can also listen to Patrick Wright and Jeff Palermo on the LSU Sports Radio Network, 107.3 FM in Baton Rouge.

The Tigers trailed by five points going into the fourth quarter last Sunday against Kentucky but outscored the Wildcats 30-16 in the final quarter to win by nine points. Khayla Pointer, one of the elite guards in the SEC, scored 19 fourth quarter points to guide the comeback.

Pointer averages 19.1 points, 6.3 rebounds and 5.1 assists per game and has led LSU to its best start in over 15 seasons. She has been joined in the backcourt with elite guard play from Alexis Morris and Jailin Cherry with Ryann Payne proving to be a critical guard coming off the bench for the Tigers. Morris is scoring 15 points per game and has shown the ability to score at an elite level.

Faustine Aifuwa leads the SEC in conference play with a .605 field goal percentage. She is scoring 10.3 points per game this season, but her defense will be a key to LSU’s success on Monday.

Shakira Austin is one of the top players in the SEC and is dominant in the paint. She scores 14.5 points per game for Ole Miss and forces the defense to collapse when she gets the ball inside. Coach Mulkey has said it will need to be a defensive team effort to shut Austin down, but Aifuwa will be LSU’s primary defender on the Ole Miss big.

Ole Miss features on of the top defenses in the country, limiting opponents to 54.1 points per game which ranks 14th nationally.  The Rebels have held opponents under 50 a program-record 11 times this season, but LSU will counter with an offense that scored 76.5 points per game which is No. 23 in the NCAA. LSU’s ball protection will be important. In LSU’s previous two road games at Florida and Arkansas, the Tigers averaged 17.5 turnovers and lost both games. The Tigers only turned the ball over 8 times in their win over Kentucky last Sunday and LSU has the third best turnover-assist ratio in the conference.

LSU has won 14 of its past 15 games against Ole Miss, including the past eight matchups. Both games last season went into overtime.