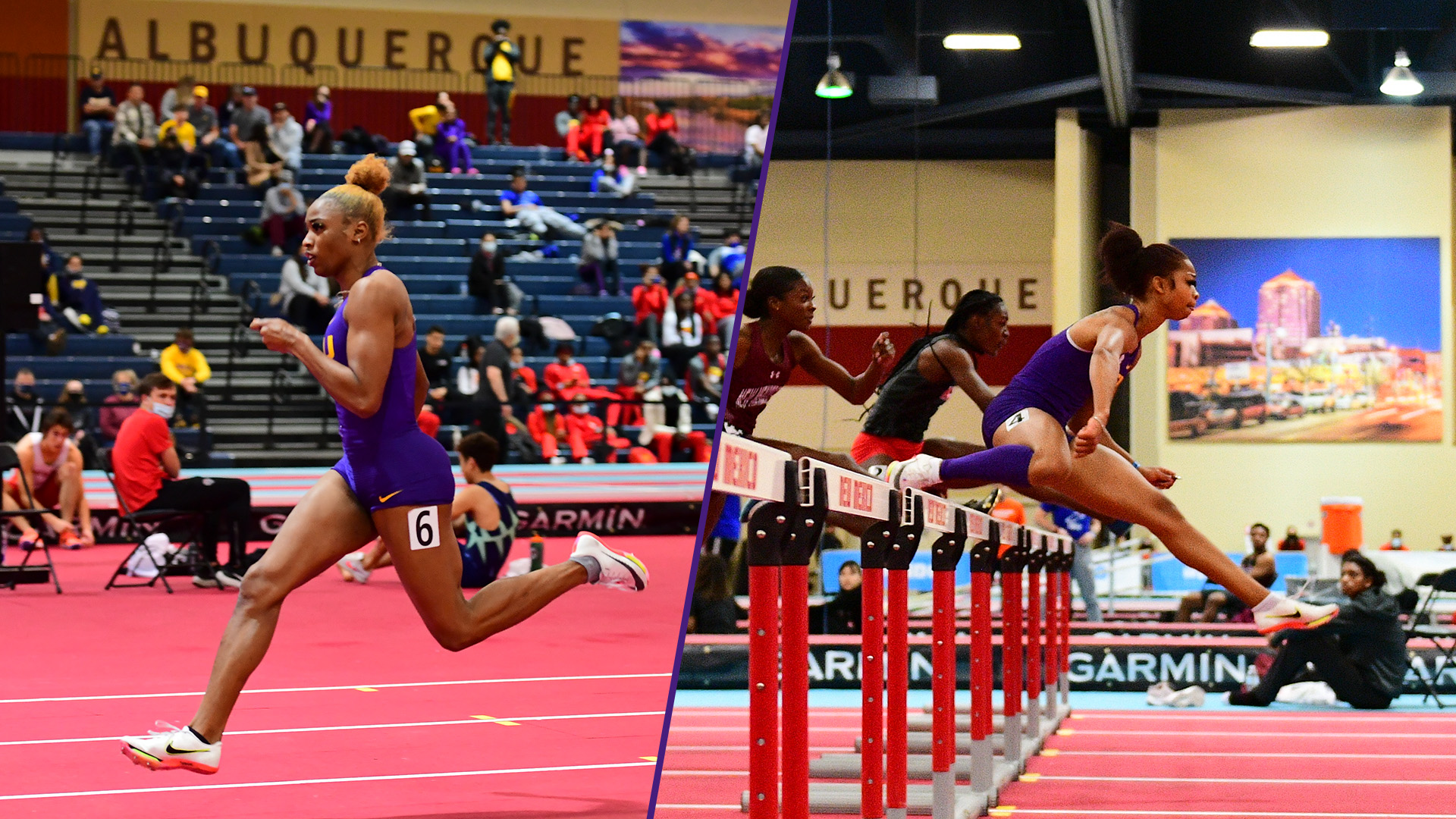 For Phillips, it was her first collegiate win indoors in an event. She clocked the win with a personal best readout of 8.06 seconds. Phillips, who has shown great progression this indoor season, has lowered her personal best all the way from 8.29 seconds in the opening meet of 2022 to down to 8.06 that has totaled four personal best races for her on the season. The time of 8.06 will convert to 8.08 for NCAA ranking purposes and that time is the No. 10 time in the NCAA.

Armstrong continued her excellent 2022 campaign as she was a surprise winner in the 60 meter dash with a career best readout of 7.16 seconds. She narrowly edged teammate Favour Ofili at the finish line who placed second with a readout of 7.17 seconds. Those two times by Armstrong and Ofili rank as the sixth and eighth fastest times in LSU history. Armstrong is just a week removed from running the third fastest time in collegiate history in the 60 meter hurdles (7.86). In the national rankings, the converted times of 7.18 seconds for Armstrong and 7.19 seconds for Ofili rate as the fourth and fifth fastest times in the nation this year. Amber Anning placed sixth in the race with a personal best of 7.45 and Tionna Beard-Brown took seventh at 7.46 seconds.

In the men’s 60 meter dash, Da’Marcus Fleming had the best race of his collegiate career storming to a career best time of 6.60 seconds to take second in the event and insert himself at No. 3 on the all-time LSU list behind school record holder Richard Thompson (6.51) and LSU No. 2 Trindon Holliday (6.54). Dorian Camel notched a career best of 6.62 seconds in the race to place third and move up to No. 5 on the LSU list, and Kenroy Higgins II rounded out LSU’s sprinters in the event by finishing fourth with a season best of 6.66 seconds; the time of 6.66 ranks tied for 10th in LSU history as well.

In the 400 meter dash, Garriel White produced a personal best of 54.32 to take fourth on the women’s side. In men’s action, Ashton Hicks was LSU’s top finisher with a time of 46.46 to take fifth, and Aaron Smith placed ninth with a personal best of 47.63.

LSU returns to Fayetteville, Ark., for the Tyson Invitational Feb. 11-12.