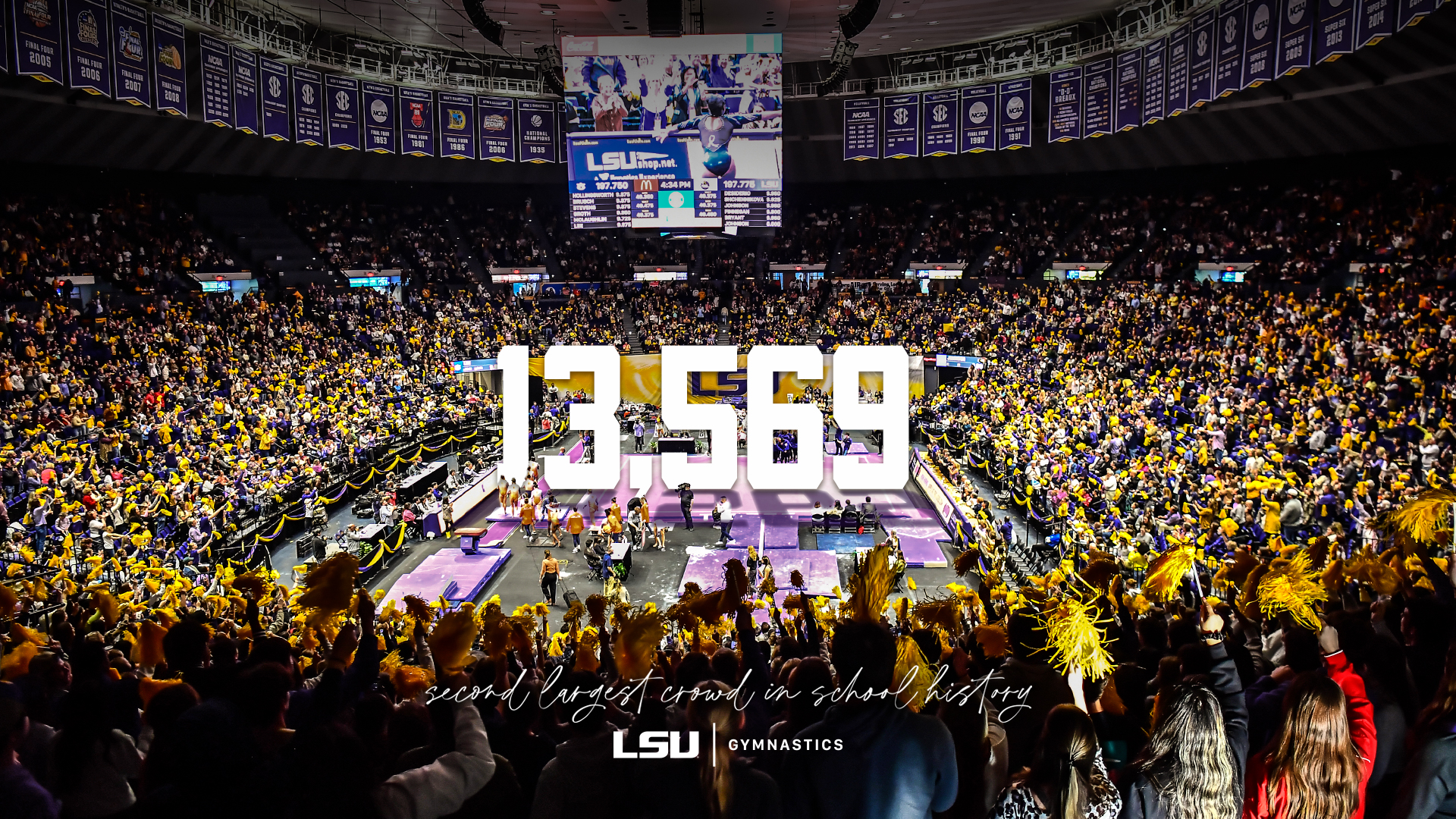 BATON ROUGE – In front of the second-largest crowd in the history of the program, the eighth-ranked LSU gymnastics team remained undefeated with a season-high score of 197.975 to take the win over No. 6 Auburn Saturday afternoon in the Pete Maravich Assembly Center.

“Today was what it was supposed to feel like in the PMAC,” head coach Jay Clark said. “We really needed a meet like that. We were tight early but they settled down and started looking like what we see day in and day out. The fans today gave us the juice to finish strong today.

Haleigh Bryant and Kiya Johnson scored a perfect 10 on vault and floor to lift the Tigers to the victory. Bryant’s perfect score marked the third of her career with all coming on vault. Johnson ended the night in style with a perfect score on floor. The 10 marked the sixth of her career with one on vault, one on beam and four on floor. Bryant also picked up the all-around win with a career high 39.675 in the all-around.

SHE DID IT‼️@johnsonkiya27 leaves no doubt with a PERFECT TEN pic.twitter.com/Rx4xvk1QWW

All tied at 148.200 with only rotation remaining, the LSU floor lineup punctuated the day and win with a 49.775 for the highest score in school history. Christina Desiderio capped off the best night of her career with a 9.95 to set a new career high. Alyona Shchennikova followed with a 9.925 to tie her career high. Freshman KJ Johnson then set a new career high in her third collegiate routine with a 9.95. Following a 9.80 for Aleah Finnegan in her debut, Bryant Johnson made their triumphant return to the floor. Bryant scored a 9.95 and Johnson ended with a 10.

LSU opened the meet with a steady 49.375 on vault. Elena Arenas opened with a 9.85 and KJ Johnson matched her career high on vault with a 9.90. Sarah Edwards and Kiya Johnson scored a 9.875 in the fourth and fifth spot. Bryant anchored with the 10 to give LSU a slim lead after one rotation.

Auburn overtook the home team in the second rotation after LSU was unable to get their landings. Kiya Johnson opened with a 9.80 and Olivia Dunne scored a 9.825. Following Bryant’s 9.875, Shchennikova and senior Durante steadied the squad with a 9.925 and 9.975. Durante’s 9.975 matched a career high for the senior.

Next Up
LSU faces another top-5 team in the gauntlet of a schedule. The Tigers will travel to face Florida in Gainesville at 5 p.m. CT on SEC Network.