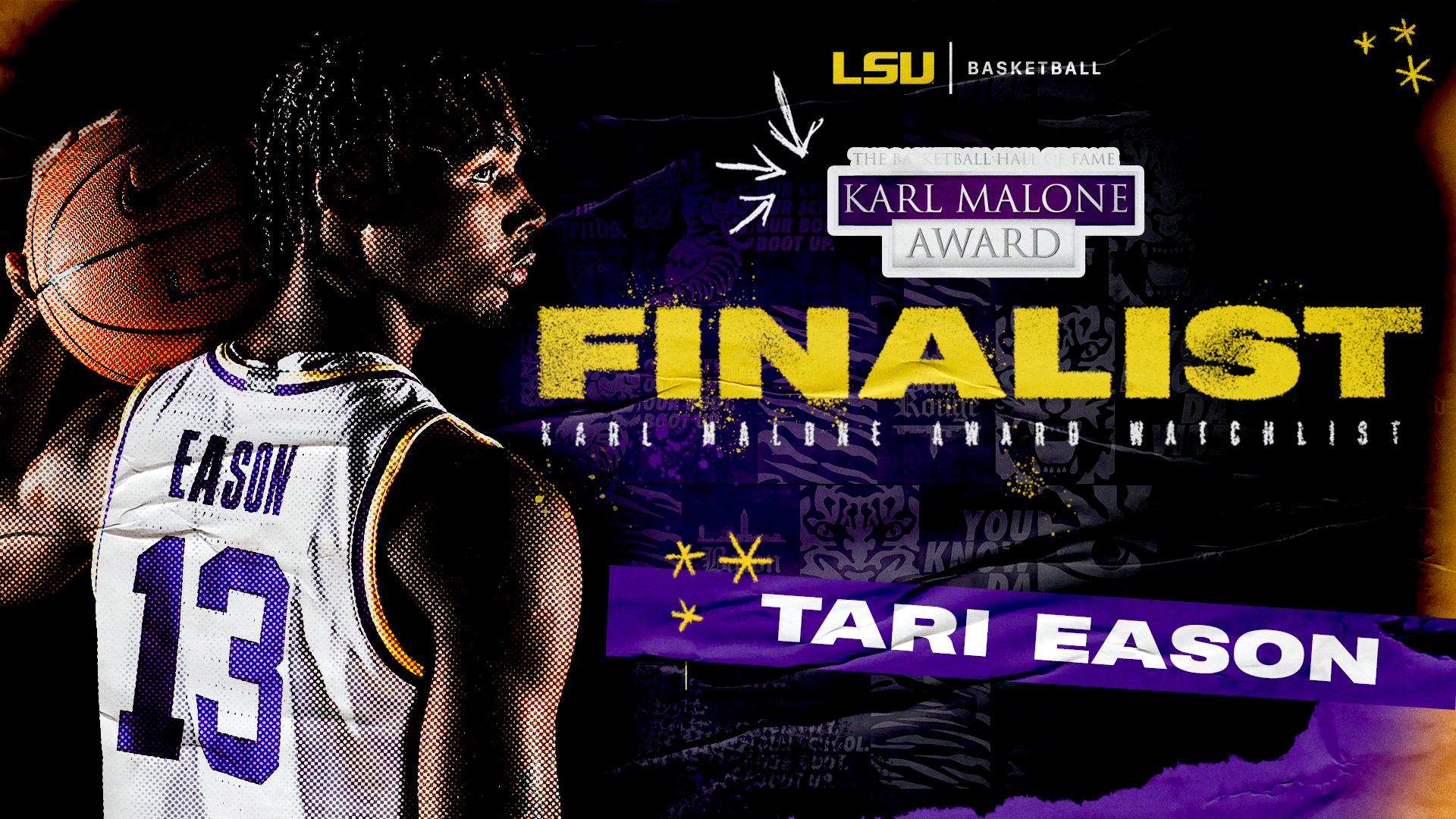 SPRINGFIELD, Massachusetts — The Naismith Memorial Basketball Hall of Fame announced Thursday the 10 watch list members for the 2022 Karl Malone Power Forward of the Year Award and included in that list is LSU sophomore Tari Eason.

Named after Class of 2010 Hall of Famer and two-time NBA Most Valuable Player Karl Malone, the annual honor in its eighth year recognizes the top power forwards in Division I men’s college basketball. A national committee of top college basketball personnel determined the watch list of 20 candidates in November, which has now been narrowed to 10.

College basketball fans are encouraged to participate in Fan Voting presented by Dell Technologies in each of the three rounds. In late February, the watch list of 10 players for the 2022 Karl Malone Power Forward of the Year Award will be narrowed to 5. In March those finalists will be presented to Mr. Malone and the Hall of Fame’s selection committee where a winner will be selected.

The winner of the 2022 Karl Malone Award will be presented on a to be determined date, along with the other four members of the Men’s Starting Five. Additional awards being presented include the Bob Cousy Point Guard Award, Jerry West Shooting Guard Award, the Julius Erving Small Forward Award and the Kareem Abdul-Jabbar Center Award, in addition to the Women’s Starting Five.

Eason, from Los Angeles, California, who transferred in to LSU from Cincinnati after his freshman season, is averaging a team leading 15.9 points a game and 6.9 rebounds to go with 1.1 assists, 1.0 blocks and 1.7 steals per contest. In league play, he is averaging almost similar numbers of 15.4 points and 6.7 rebounds to go with 1.2 assists and 1.6 steals. He has posted two 20-10 games in league play.

For more information on the 2022 Karl Malone Power Forward of the Year Award and the latest updates, log onto www.hoophallawards.com and follow @hoophall and #MaloneAward on Twitter and Instagram. Starting Five Fan Voting presented by Dell Technologies will go live on Friday, February 4.