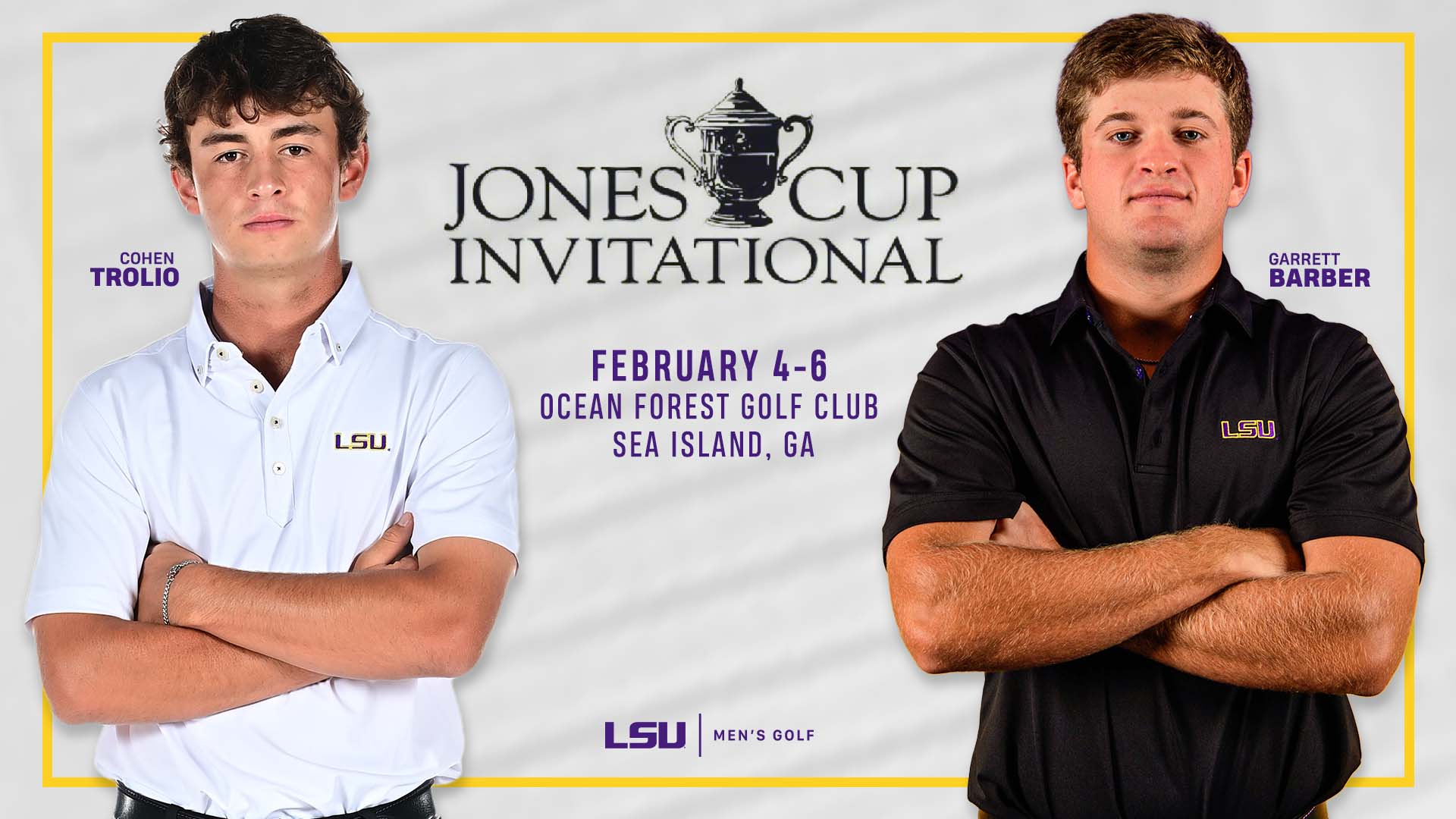 Baton Rouge, La.  – Current LSU golfers Garrett Barber and Cohen Trolio will compete in their first tournament of the 2022 calendar year as they head to Sea Island, Ga., for the Jones Cup Invitational.

The Jones Cup Invitational will be hosted at the Ocean Forest Golf Club. Barber and Trolio will scout the course with a practice round on Thursday before play begins on Friday. It’s a three-day, 54-hole stroke play tournament where the golfer with the lowest three-day total will win the event. Barber goes off No. 10 on Friday morning a 9 a.m. CT, while Trolio will tee off No. 1 at 8:50 a.m. CT.

This will be Barber’s sixth-straight appearance at the tournament and he won the 2018 edition of the event. Trolio will be playing in the tournament for the second straight year.

Barber’s 2018 title earned him an appearance on the PGA Tour at the 2018 RSM Classic. Barber and Trolio both played in all four of LSU’s events in the fall; Barber leads the squad with a scoring average of 70.89 on the season (min. six rounds played). Trolio has had seven of his nine rounds counted towards LSU’s team score and his 4.22 birdies per round is the highest average this season for the Tigers.