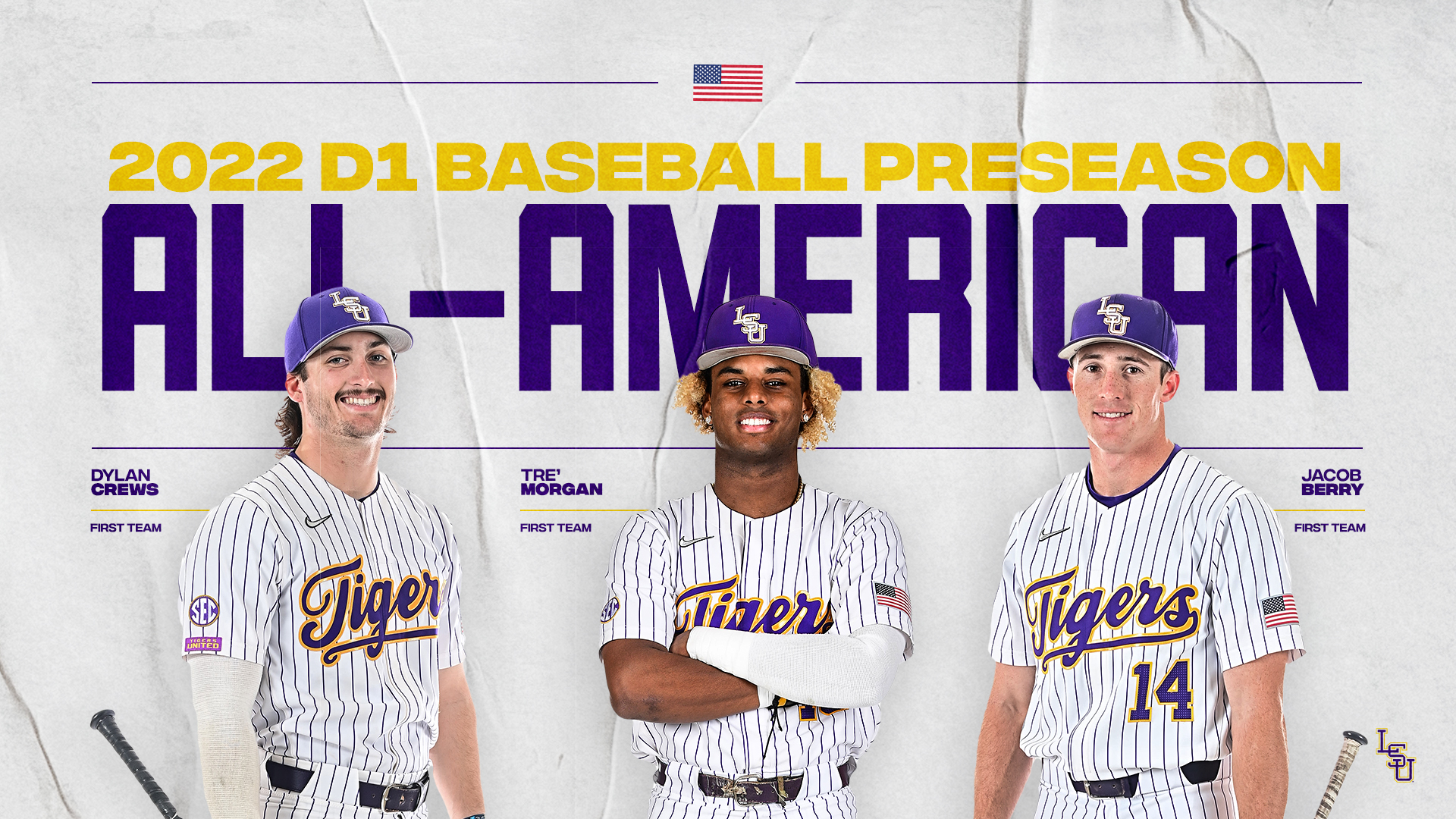 LSU was the only school in the nation to produce more than one first-team representative on the D1 Baseball squad.

Crews’ total of 18 home runs represented the most by a freshman in LSU single-season history, surpassing the mark of second baseman Mike Fontenot, who launched 17 dingers as a freshman in 2000.

Berry, who transferred this summer to LSU from Arizona, led the Wildcats to the 2021 College World Series and the Pac-12 championship.