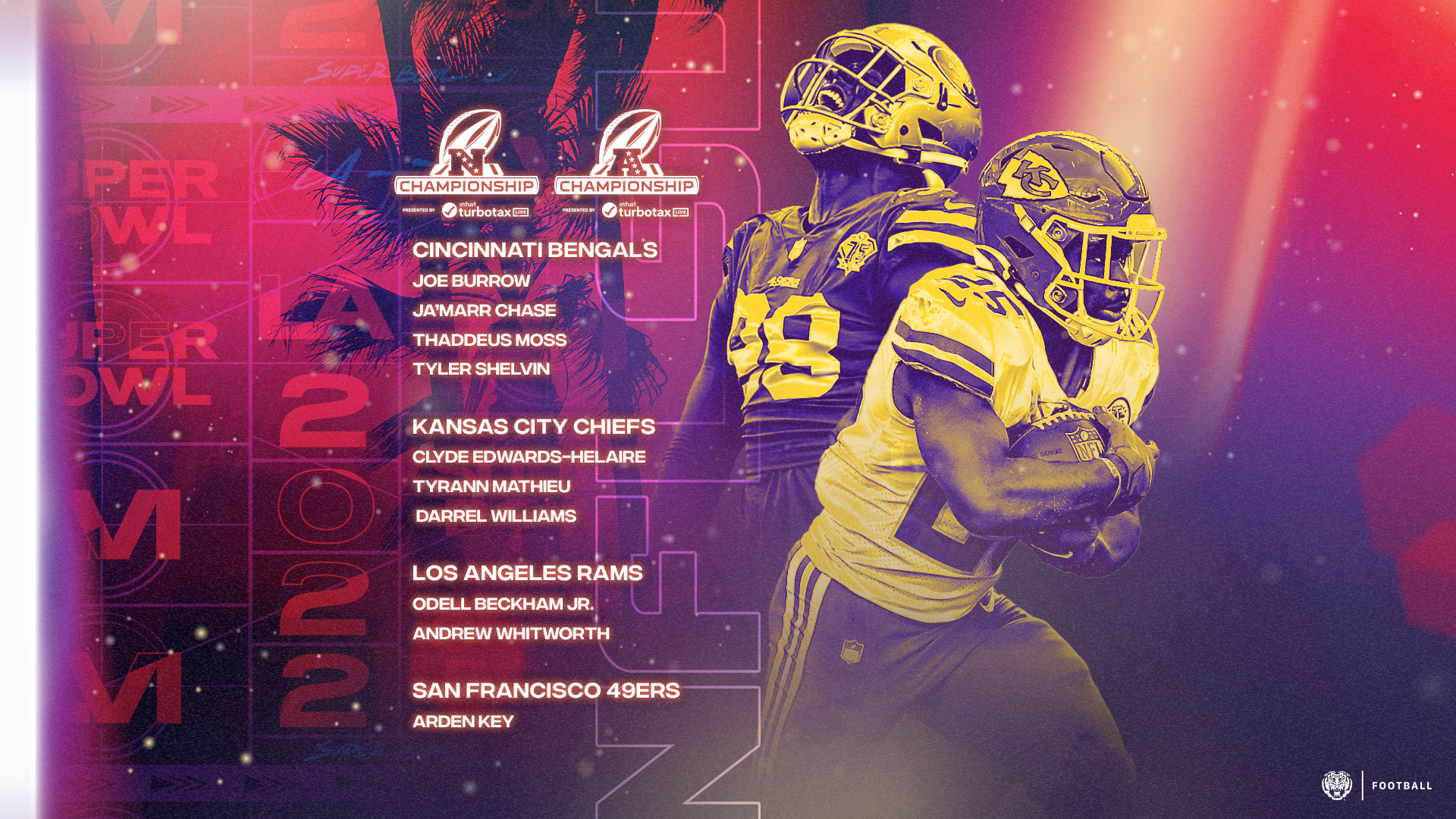 BATON ROUGE – LSU is guaranteed a Super Bowl winner this year as all four teams advancing to Sunday’s conference championship games have former Tigers on its roster.

A total of 10 former LSU players will be in action for the AFC and NFC Championship Games.

The AFC Championship Game between the Bengals and the Chiefs will feature seven LSU players, four of which are listed as starts. The Bengals are led by Heisman Trophy quarterback Joe Burrow and NFL Rookie of the Year candidate Ja’Marr Chase.

Other Tigers in the AFC Championship Game, which kicks off a 2 p.m. on CBS, include defensive tackle Tyler Shelvin and tight end Thaddeus Moss (injured) for the Bengals.

Three former Tigers will be in action when the 49ers travel to face the Rams in the NFC Championship Game on Sunday at 5:30 p.m. on FOX. Andrew Whitworth, a member of LSU’s 2003 national championship team, starts at left tackle for the Rams, while Odell Beckham Jr. starts at wide receiver. Defensive end Arden Key is a key contributor for the 49er defense.

The winners of the conference championship games will meet in Super Bowl LVI on Sunday, Feb. 13 in Los Angeles.

LSU’s Super Bowl Notebook
• Through Super Bowl LV in 2021, a total of 73 former LSU players have appeared on Super Bowl rosters (including injured reserve and practice squads).
• A former Tiger has been on the roster for 43 of the 55 Super Bowls, including 20 straight.
• 44 former Tigers have been crowned Super Bowl Champions 54 times led by Kevin Faulk, who won three rings with the Patriots (2002, 2004, 2005).